I really enjoyed this installment of the Dinswood academy series! I breezed through The Phantom of the East Tower, and now I’m kind of sad it has already ended, because I kind of want to be back in that castle again? 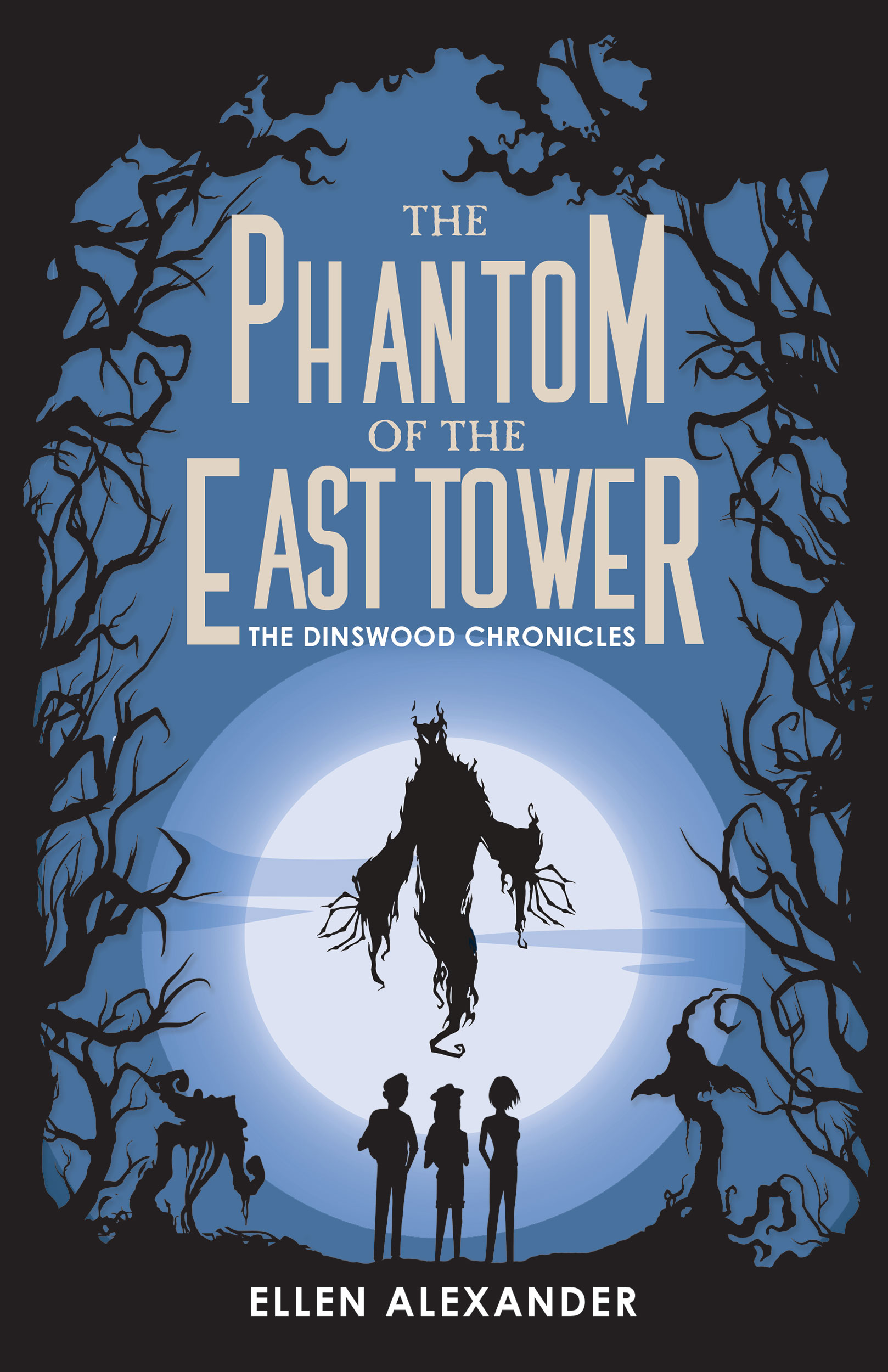 Check out on Goodreads
★★★★✬ 4.5 stars
How I read this:
free ebook copy from publisher

In the previous Dinswood books, we’ve been following four kids through their adventures at Dinswood academy, which involved a lot of hidden treasures, some pirate ships and even some criminals. The kids found secret upon secret, and even saved the school one or two times. The third year at Dinswood is much more chill than that, and just when you think the castle has no more secrets for you to uncover… You learn you were wrong! Plus, there are new characters and A LOT of teenage drama. I won’t go more in depth about what happens, because you have Goodreads for that – but I have to say the third installment was a lot of fun!

For those wondering how they’ll remember what happened in the previous books, there are plenty of reminders and recaps, which is good. The characters traits and outward appearance is also described again, which makes it easier to get back into the story. I loved it so much, because not all authors do this, and we do have to wait a fair amount of time in between the books coming out, so I’ve been very glad for these reminders, because they made me feel as if I just read the previous ones a month or two ago.

What I loved about The Phantom of the East Tower the most was how the author handled the kids growing into teens, and how the intrigue was kept alive through the use of relationship drama. It was done very well!

First of all, handling the transition from young tweens into actual teens is always a tough one to write. But I loved how it was done, and in this book, you could really feel the characters growing up, feeling the angst and relationship troubles. It’s written pretty naturally though, so the series retains its old flavor, but just with some new overtones. 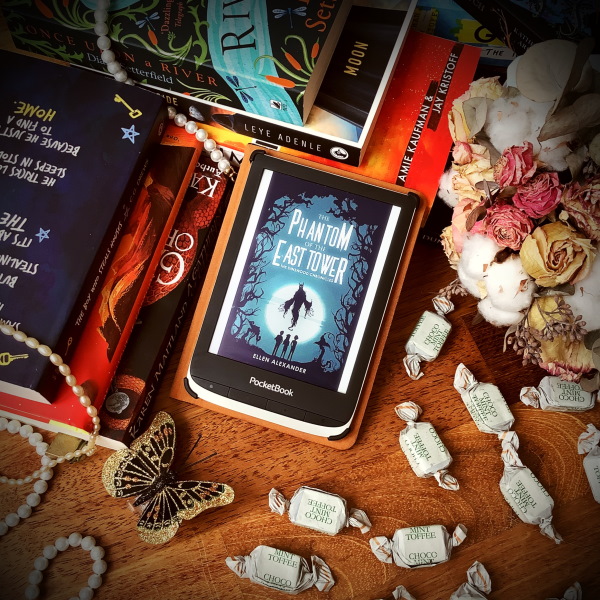 An image of the cover of The Phantom of the East Tower on a PocketBook Color, the cover is blue with the white moon in the middle and silhouettes of three kids and a phantom in front of it, dark trees surrounding them; Photo by AvalinahsBooks

As for the emotional relationship drama, it was done SO well! I am STILL mad at one of the characters on the other’s behalf, and I don’t want to tell you who I’m talking about for fear of spoilers! Let’s just say, one of the characters acts like a complete teenage twat, and it’s the whole crux of the book and its intrigue. It’s great!!! I didn’t even know I could be so invested in teenage relationship drama, to be honest – but I kept simmering through the whole book and I had THOUGHTS. It’s always great when the book gets you so on one or the other character’s side because then you’re not just reading, you’re sort of experiencing it along with them.

While there was no huge mystery or hunt for treasure in this one as there was in the previous books of the Dinswood series, there was still a lot of wandering through towers, caves and other secret structures. Dinswood castle doesn’t cease to surprise! I wasn’t expecting the author to invent new spaces for us to explore cause there have already been so many secrets uncovered, but it seems there are still further secrets to come – it was certainly hinted at the end of the book, and I can’t wait to find out. 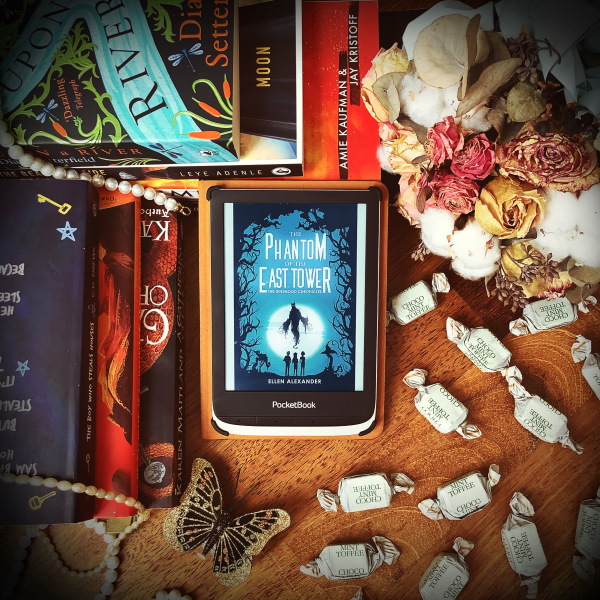 An image of the cover of The Phantom of the East Tower on a PocketBook Color, there are other books stacked at the top and left of the e-reader, and some flowers and candy scattered around it; Photo by AvalinahsBooks

Aside from all this, there is just something indescribable in the whole “school in a castle” theme. And you know what I mean, cause readers love a “Hogwarts” kind of situation – which is why I keep coming back to these books myself, and I just love it how the author sets up the fairly normal school situation, contrasted with the constant lurking secrets of the library, towers and all the other amazing places you can go to on Dinswood grounds. Especially with that last teaser at the end of the book, I can’t wait to find out what’s in the next one.

I loved the third book in the Dinswood series! I was in love with the first one, and although the second one slightly disappointed me – I am really happy the third one is as good as ever. This is a great series to follow, if you love a good “boarding school in a castle” vibe, plus a group of well-meaning, but fiercely independent and secretive teenagers. Can’t wait for the next book!

If you love a good boarding school in a castle vibe, explore it with a group of well-meaning, but fiercely independent and secretive teenagers. Book #3 of the Dinswood Chronicles: Click To Tweet