A few years ago, when I read the first book of The Lady Astronaut series, I fell in love. The initial story was wrapped up with the first two books, so I didn’t really think there would be a sequel. To my big (and pleasant) surprise, 2020 saw at least one good thing happen (okay, one more good thing besides my wedding) – the continuation of The Lady Astronaut series, The Relentless Moon! I clicked that request button before I could even think about it. And then couldn’t believe that I was approved!

So in order to get back up to speed with the story , I decided to reread the whole series up to this point before I tackled this one. And I’m so glad I did! Two years is about the right time to reread a book – at least, for me. Turns out, I had forgotten just enough in order to still not see things coming, while I could remember the main ideas and events and that kept me in a comfortable state of mind. I’m happy to say that The Calculating Stars and The Fated Sky still stand firmly in uncontested 5-star territory, and if you want, here is a thread of me live-tweeting as I was reading them. And in this post, I give you the review to The Relentless Moon! 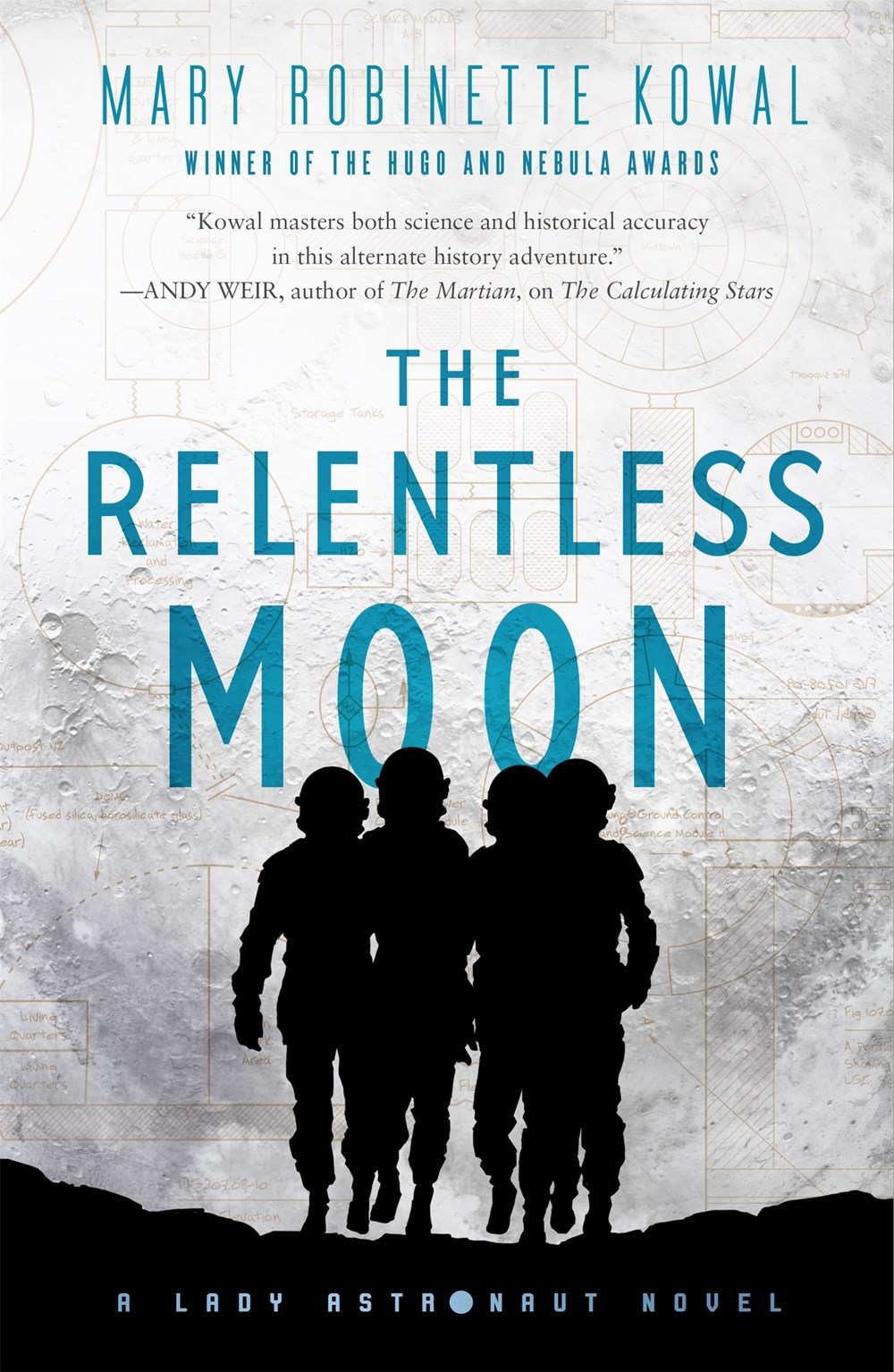 Check out on Goodreads
★★★★☆ 4 stars
How I read this:
free review copy on NetGalley

The Relentless Moon tunes in to the story while Elma, the Lady Astronaut, is still en-route to Mars. So in a way, we already know what happens on Earth – but you could say The Relentless Moon is a deeper dive into the story of the Astronaut Corps waging a fight with the Earth Firsters, the dangerous organization who wants nobody to be going to space.

Since Elma is still on her way to Mars, this time we are following Nicole Wargin, the senator’s wife and Elma’s colleague who was a side character in the first two books. Nicole is on her way to the Moon colony. As tensions rise over new spacefaring accidents, riots and the financial situation of the world, Nicole has to help get to the bottom of a conspiracy that may put the entire Lunar colony at risk.

The Relentless Moon Is Kind Of A Slow-Burn Thriller

The Relentless Moon seems very different from the other books in the series – The Calculating Stars and The Fated Sky. Both of those were about the ambition of spaceflight – getting Man up above in the skies, as well as getting Woman up there along with him. It had a very far-reaching goal and it made the themes very heroic, which appealed to the general way I understand space travel in real-life media.

However, The Relentless Moon is less about space travel or even space ambition – it’s more like a mystery set in the same universe. I admit I didn’t see that coming. The IAC (the space agency) is being sabotaged by the Earth First organization, and Nicole, the main character, is trying to get to the bottom of who it is that got on their Moon team who could be in league with the bad guys. 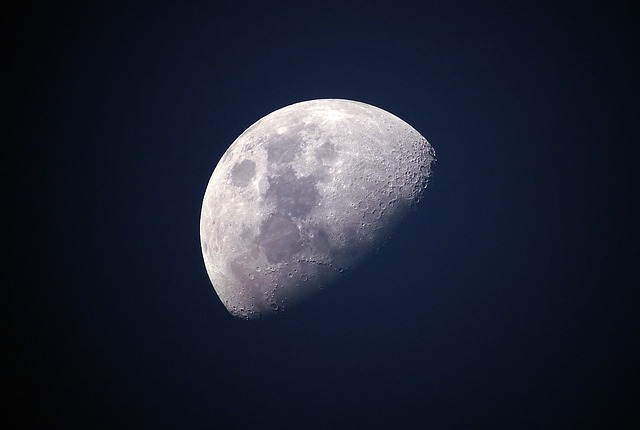 An image of the moon, partly covered by shadow, courtesy of Ponciano from Pixabay

So it’s constant suspects, clues and agendas. It was tense and it was interesting, but not in the same way as the books before. The goal is the same – to establish colonies in space. The characters are largely the same too. But the vibe and mood of the story feels entirely different.

So despite enjoying the book, I found I enjoyed it in a very different way from the previous ones. The Calculating Stars and The Fated Sky sparked my interest because it was all geared towards reaching for the stars, all space travel or at least the ambition for it. And not only that – there was the ambition of equality – both for women, as well as racial equality. The Relentless Moon didn’t have really have so much of that, so it didn’t tug at my heart in the same way.

The Relentless Moon is a very different story to the other books in The Lady Astronaut series – but it will keep you on your toes: Click To Tweet

The Mystery Was Good

What I have to admit though, was that the mystery was very good. Up to the very end I had unresolved questons and still didn’t know quite who the culprit was and what the whole conspiracy revolved around. It WILL keep you guessing for the entire time, and in a way, it’s sufficiently complicated that I still am not sure I understood everything all the way even despite finishing the book.

The Relentless Moon is sort of a tense mystery/thriller, set in the Moon base of the Lady Astronaut universe. Keep guessing at the conspiracy to the very end: Click To Tweet

What makes this a tense read is that having read The Fated Sky beforehard – and The Relentless Moon is a return to the same timeline, but a different place. You already know what’s going to happen on the Earth, although you might not know how that will affect the Moon base exactly. But that makes you worry about what will happen with their already pretty messy situation when the big event takes place. I worried throughout the whole book! (And rightly so.)

The Relentless Moon Focuses On A Few Big Social Problems

One of the bigger themes in this book was the way people who are in the spotlight hide their problems from public view, and how those problems tend to be put on the back-burner. Nicole Wargin has a seemingly perfect life throughout the first books, in which she is only a side character – a senator’s wife, a beauty with perfect manners and style, an astronaut. One could easily imagine her life is amazing, just as we do when we see any random Instagram influencer. 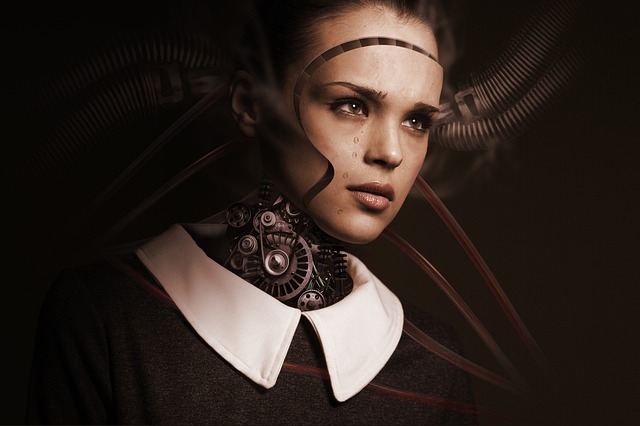 An image of a woman who seems to be an automaton with a fake face, she appears to be crying. Image courtesy of Comfreak from Pixabay

But in reality, Nicole couldn’t have children due to health issues, and she’s been hospitalized twice because of eating disorders. So much for a perfect life. This points to how we idealize a life that looks perfect – the celebrity cult, the beauty cult, the social media bubbles we live in. You can probably think of at least one person on your Instagram feed who you’re thinking of in this way. Do you want to bet their life really IS that perfect?

Nicole is a typical A-type personality who just does too much all the time, and tries to hide it and appear as if she’s got everything under control. Completely disregarding her health, her age and her own physical, as well as emotional needs. The book is largely about living like that and how harmful it is – and I admit, it’s an important topic, but it was not an easy topic to read.

The Relentless Moon points to the perfection cult and how harmful it is to always pretend to be on top of things. Nicole, the main character of the book, is the perfect example of that: Click To Tweet

It’s A Dark And Quite Heavy Story

Continuing the theme of hard to read, this book was no walk in the park. It’s seriously dark. The Calculating Stars was not such a dark story, although it had its tragedies for sure, but the story got darker with The Fated Sky. While that book ripped my heart apart, it had enough brightness in it to still make the story rewarding and the ending uplifting.

However, I’m not so sure that’s how I feel about The Relentless Moon. This book seriously brought me down. I am still reeling from what happened in the middle of it, and it was all just so heavy. The things that happen in the story are quite serious, and some of them – potentially very triggering to some people (I will be listing the triggers at the end of the post.) While the book was really good, I do hope the next story is a little brighter than this one.

The Relentless Moon gives a hint about the hardship characters experience in its title – and truly, it's about the darker side of life in space: Click To Tweet

Then there’s another thing… Considering that books take time to write… And that this one couldn’t have possibly been written WHILE the pandemic and the riots were happening this year (because they’re basically happening NOW, and books take years, at least months to produce), I’m incredibly surprised at how the themes of the book match what’s going on with the world now, in 2020. In a way, it’s kind of odd to read, even. Maybe that’s part of why the book hit so painfully.

Despite being a very different story to the first books, it still retains the brilliant level of detail just like the ones before. There are a lot of technical tidbits about the Lunar base, and I enjoyed those. The book seems very well researched, just like the previous ones! But I marked down one thing I wanted to share specifically.

What I really liked was how Armstrong, Aldrin and Collins were mentioned in passing throughout the story. They’re not characters at all, but they ARE on the Moon base. Their names have been used several times in the story and I greatly enjoyed this nod to our reality and space history. What a great Easter egg!

While The Relentless Moon was a very different story to the two previous ones, I still enjoyed it and will definitely be waiting for the next book to come out! If you want to know the full story of what happens in this series’ universe, The Relentless Moon is a must-read.

The Lady Astronaut's Saga Continues with The Relentless Moon. What kind of obstacles will the astronauts face on the Moon base? Click To Tweet

Triggers include but may not be limited to

Do you follow any space stories or series?
And do you enjoy scifi?

While this isn’t something I will probably ever read for myself, I know a lot of people that would love it based on your review. 🙂 *early holiday shopping*

Lindsi @ Do You Dog-ear?

Haha, thanks 🙂 yes, a true space nerd would definitely love this story! And you are so smart, I wish more of our Etsy customers did early holiday shopping rather than hope we can international-ship to them within 3 days 😀