Hi ARC and non-ARC readers! But since this meme is primarily for ARC readers (and actually ARCoholics, like meeeee), let me ask you, how have you been doing with your ARCs and specifically your ARC Bingo, if you’ve been doing it?

You might know that I mostly failed mine 😂 but that is A-O-K! Because I’ve decided I’m done guilt-tripping myself over stuff (hey, at least stuff like that.) And since the first half of the year bingo is now done, I’ve got a new one for you!!! Take a look at these categories and download the picture to participate: 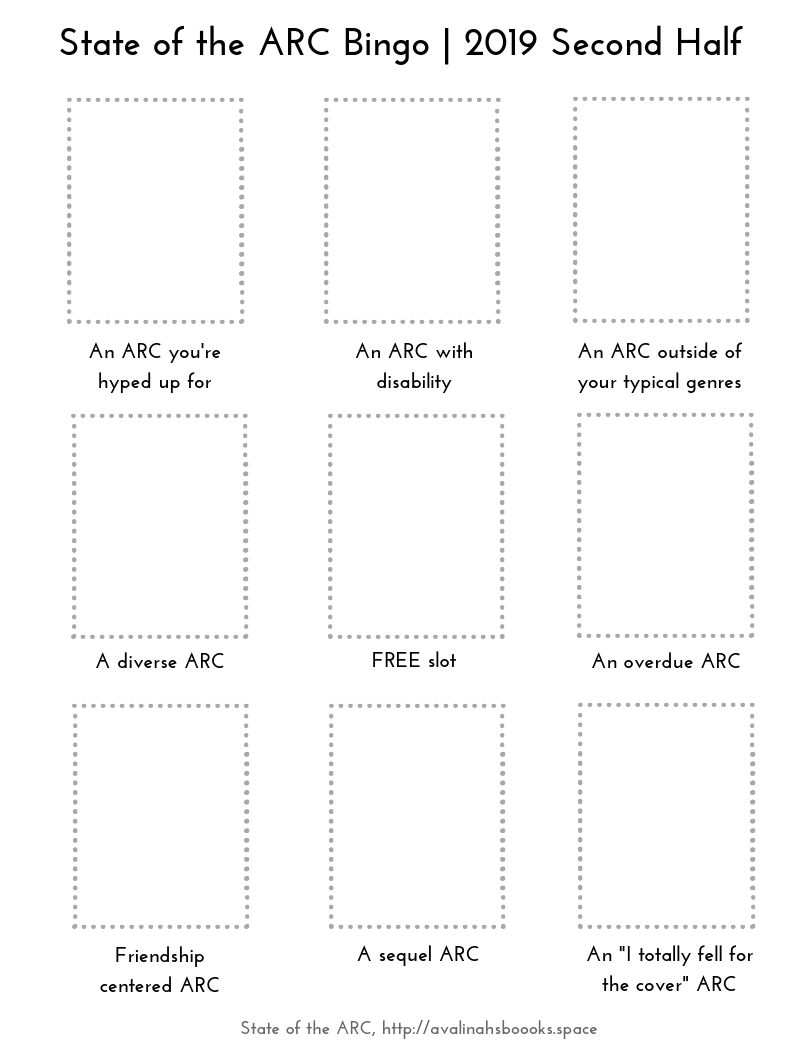 The State of the ARC bingo for the second half of 2019, and the slots are: an ARC you’re hyped up about, an ARC with disability, an ARC outside of your typical genres, a diverse ARC, a FREE slot, an overdue ARC, a friendship centered ARC, a sequel ARC and an “I totally fell for the cover” ARC

How do you like the slots? I’ve decided to keep some of last half a year’s slots, like the diverse and overdue ARCs, cause that’s always relevant. I’ve also included a free slot, because hey, why not? Let’s cut ourselves some slack, so you can put any ARC you like in that one. The ARC with disability is included because that topic is important, and so is friendship – hence the friendship centered ARC. I also figured some of you might read series sequel ARCs, so I’ve included that, although I might not be able to fill that myself. And, of course, where would we be without the slot of “I just fell for the cover”? 😂

So please join!! Do the bingo!!! PARTICIPATE! Smash those ARC GOALS!!!

(Am I being hype enough yet?)

So what ARCs have I read this month?

Actually, I went kind of nuts with books in June. I mainly read a lot of short ones and some graphic novels, but that got a lot of books off my TBR. Not all of those were ARCs, but it really did a…. number on my numbers.

Anyway, I’m quite happy about my progress! I wasn’t aiming to read a lot of ARCs this month, but I wanted to finish up certain ones before I went on vacation, and so far that plan has gone alright. I read a lot of themed ARCs it seems – I read Mamaskatch and Black Indian back to back, and those are about related society groups and related histories. The Memory Agent and The Machine Society did seem similar to each other too, with the futuristic hopeless society that I have honestly stopped enjoying reading about a while ago cause it rings too close to home (why do you have so many dystopian old ARCs??? Why, Evelina?? I really can’t answer that question to myself…) And I was SO overjoyed to see that Maddy Again came up on Edelweiss! If you remember me raving about The Blue Door Series here and here, this is the last book that I thought they wouldn’t put up, but it just took them longer I guess. I got it and read it in a day and it was so good! Then Clear Skies was also a middle grade, and it was alright – a sweet story with an astronomical theme which I’m always likely to enjoy.

I have to say though, I was so happy with my progress that I did that thing again. That thing where I go on the reviewing sites and grab a lot of ‘read now’ books. I’m such a review copy bum! Like, for some reason I think that if I grab ‘read now’ copies, I will be able to review it later / shorter / how I want / where I want?? GAHHH. That’s how I end up having dozens upon dozens of review books. But hey, like I said, #noregrets. Here are the ones I hauled: 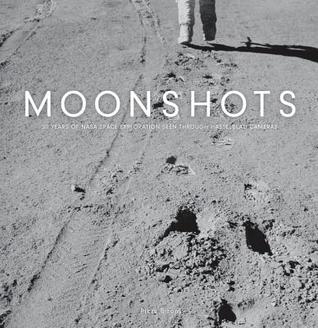 Now tell me, how is your ARC reading going?

Anyone is free to participate! If you want to, just link up anytime during this month and refer to this page as to the rules of what to put in your post and how to link up. The next State of the ARC post is going to be on (most likely) September 7th (because I have a little hiatus planned), so if you can’t make this one, mark it down!

IF YOU SKIPPED: Next #StateoftheARC in SEPTEMBER due to my planned hiatus!

Back to the drawing board 😂 it’s not so bad though! It’s.. not so bad 😂 (shall I remind you that I was around 50 total last month…)

A chart: 10 ARCs not due yet, 61 overdue and still unread and 3 read with a review due to be posted

And that’s it! How are your ARCs going? Will you be joining the new bingo? I can’t wait to see your bingo sheets!!