A few years back, I read a lovely novel called No Sad Songs by Frank Morelli. It stuck with me so much, that ever since then I’ve been happy to read pretty much anything else this author writes. And this year, Frank did not disappoint – On the Way to Birdland features the same kind of sensitive care for one’s family, a similar vibe to the story of No Sad Songs and a definite attachment to music in the thematic sense. It’s got the same sadness, and yet hope – and you learn the story layer after layer, as you go. I really enjoyed On the Way to Birland, so here’s my review! 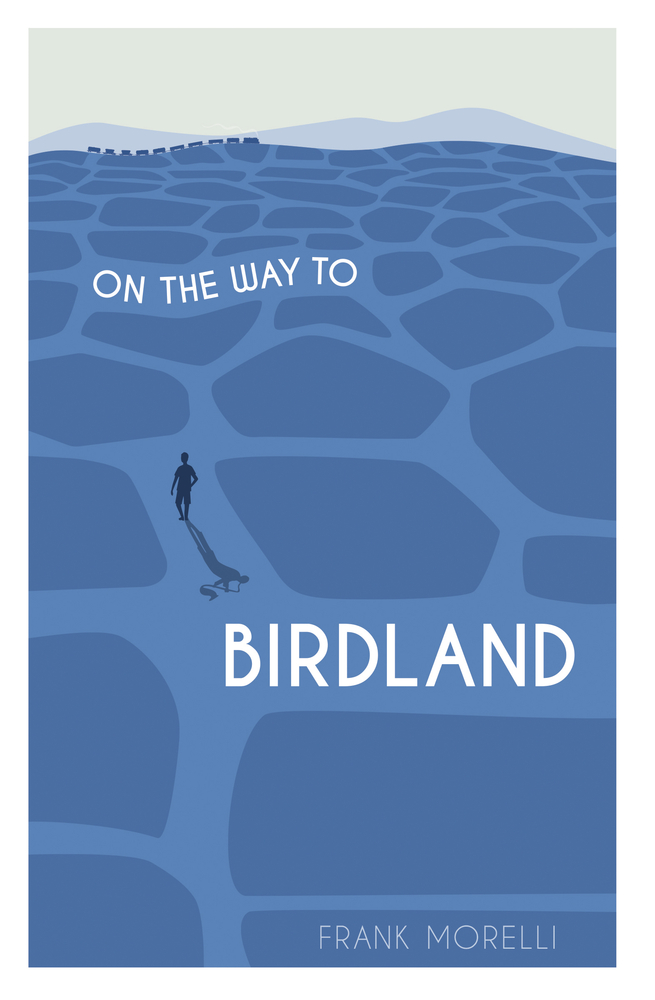 Check out on Goodreads
★★★★☆ 4 stars
How I read this:
free ebook copy from author

Cordy’s brother has run away, and his life has never been the same since. One of those days, Cordy realizes he can’t go on anymore. He gets suspended at school and finds out something bad about his dad’s health, and he sets out to search for his brother, because he has to fix… Everything. There’s no other way around it.

So we learn that it’s not just Cordy looking for his brother – it’s Cordy looking to let go of his past, to be forgiven, to forgive himself. Because there are some dark things in his family’s past, and Cordy feels all the guilt – and we don’t know why. Slowly, as the story unfolds, we learn. And it might be more complicated than you think. 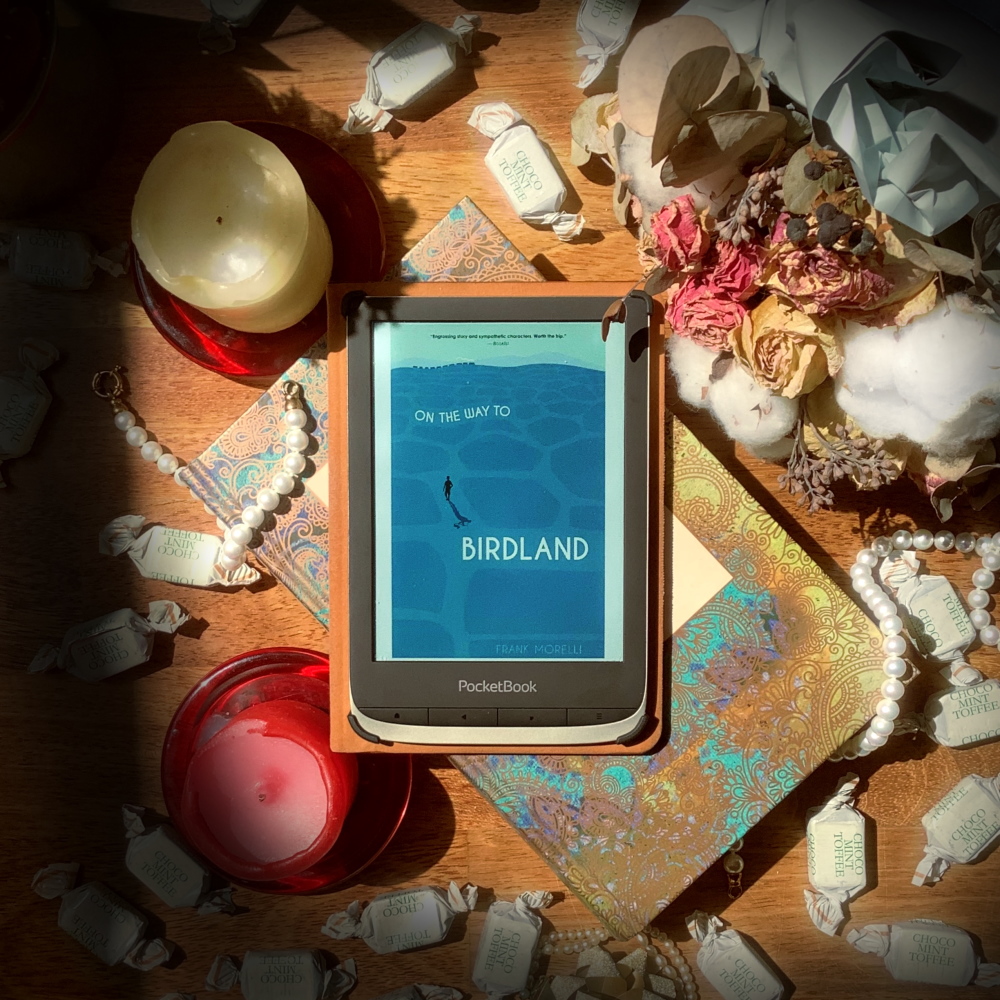 An image of the cover of On the Way to Birdland by Frank Morelli on a PocketBook Color e-reader, it is placed on the center on another book, there are candles and other items around it. Photo by AvalinahsBooks.

But it’s not just sad things – he meets so many amazing people on the way. People who understand what PTSD is, people who know what it’s like to be hurt, to be different. They all help out in one way or another. But most importantly, Cordy meets people he never would have met otherwise in the place he lived. People with strange, hard lives – people who have had to struggle, to be blamed, shunned or just put down because they’re different. And as you read, you see Cordy’s character grow through each thing he learns – and he wasn’t a particularly bad kid either, he had an open mind. But the point of the story is, you don’t know how open your mind truly is until someone puts something you’ve never seen in front of you. You don’t know how human you are, until you’re tested.

As Cordy runs from his guilt, chasing his brother, trying to undo the trauma he suffered, he learns that you can’t blame yourself for other people’s choices – you can’t control everything. And you’ve got to accept the trauma that happened in the past, because that’s the only way to get it to stop haunting you. Step by step, Cordy opens up to his past and learns to understand his own connection to the world better. 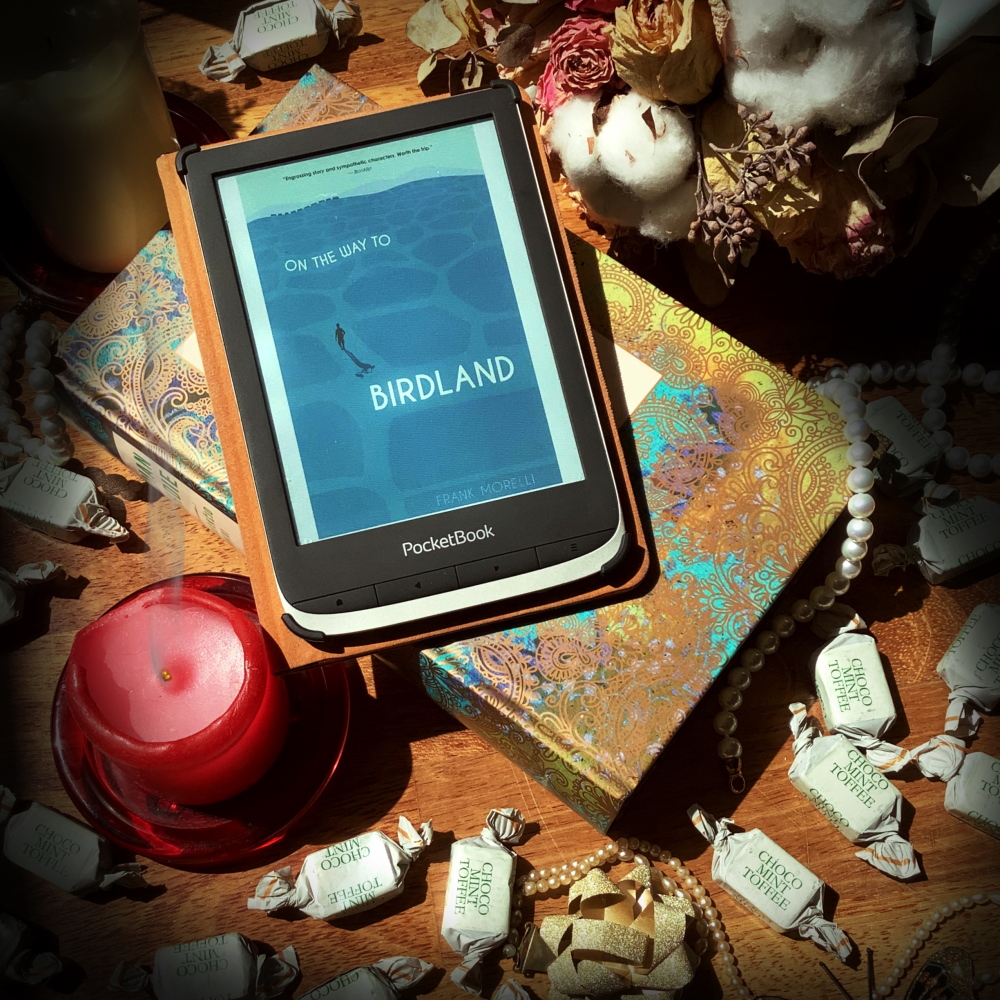 An image of the cover of On the Way to Birdland by Frank Morelli on a PocketBook Color e-reader, the cover is on top of another book with various items like candy and jewelry around it. Photo by AvalinahsBooks.

Another thing I liked about this book was that while it’s a single story about one person and his family, it’s still sort of a string of vignettes – because Cordy meets so many different people. Not all of their stories end with us knowing what happens to them – Cordy parts with some of them at a breaking point in their lives and it’s not really clear what will happen to them after that. I thought that was very lifelike – fleeting meetings with strangers ARE like that.

You might meet the most interesting person ever and connect with them, but even though we can pretend we are connected through the internet and add them as friends on Facebook, we might never meet or even talk again, because the moment is past. You don’t really know what they did with their lives or where they went. I’ve met a lot of interesting people just by bumping into them in dance festivals, music shows, sometimes just by saying hello to a tourist on the street. And with these meetings, you always know they’re going to enrich you – but you’ll never meet them again, and you won’t know what happens to them. On the Way to Birdland really reminded me of that – and all my random meetings with people who once enriched my experience of life.

On the Way to Birdland is a book that feels like taking a road-trip – it comes along with once in a lifetime meetings of its own. Plus added love for jazz! Click To Tweet

On the way to Birdland is a story about how sometimes we need to cover physical distances, only so that we could open doors inside of our own selves. It’s a rather heavy story, but it’s very good YA, and I think it could resonate with a lot of young people – especially those who have dealt with some kind of trauma, perhaps even PTSD, those who are lonely or who have been betrayed, have family trouble. That, and it had quite a few twists, big twists along the road! Definitely worth a read.