Last weekend, I mentioned that I recently read two books that got me out of the massive reading slump I’ve had for weeks.. Maybe months? Well, Maud & Addie was one of these books, and it’s unforgettable. It’s just one of those stories that when you delve into it, you’re quite likely to just spend the whole night reading, nevermind sleep. And it will be worth it! This book is a must-read – just as last week’s slump conqueror was! (They’re both incredible reads.) 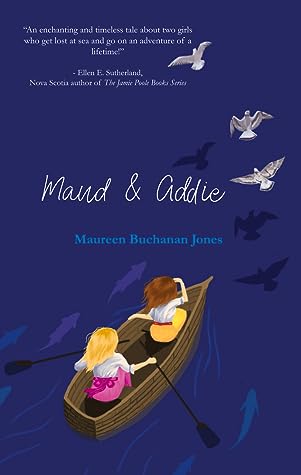 Maud and Addie are sisters, but they don’t get along very well. Nor do they get along much with anyone else. With their parents always somewhere else, they’ve kind of been left without a whole lot to do, or without a good example to follow. So when they set out for the weekend town social – a sort of a fair with a picnic, things go seriously bad. The girls get stranded on a boat, washed out to sea. They will have to fend for themselves, and show up for each other.

Maud & Addie was a heartwarming, and yet somewhat tense read about two girls saving themselves, when there is no one else left to save them. It was also about sisterhood, even friendship, and growing past your own selfish self.

A book about maturing and sisterhood

I really liked Maud and Addie, the main characters. Right off the bat, they come off as very well formed characters, almost like real people in their own right – not many authors are capable of writing characters like that at all, much less straight from the top of the book, without actually taking a lot of time to let us get acquainted with them first.

Both Maud and Addie are very realistic and very different, and I think what made them so real for me what their immediate flaws. They’re children of 11 and 12 years old, and they have a lot of funny ideas, they’re selfish and egoistic, prone to blaming each other and dismissing everyone else’s ideas. Often, characters are portrayed much more positively – but in reality, can’t we all sometimes be kind of.. awful, when we’re small? Kids learn to stop being egoistic as they mature, so I thought these girls were very well written.

But it’s also not as if they’re all bad – everything that they do that you think of as negative and something you wouldn’t do, as an adult, is explained through reasoning of why that character is doing it, and it’s shown through their lens – and it totally makes sense. Explaining the characters motivations makes you sympathize with them, even if you think their actions are not very positive, you feel sorry for how they feel and you feel for what drove them to do it. The girls also learn from what they do, and their relationship to each other – that was a rocky one at the start of the book – matures too as they go. 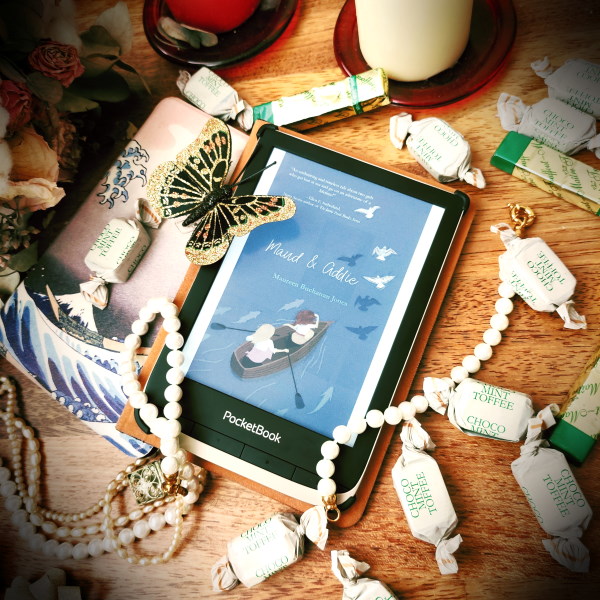 An image of the cover of Maud & Addie on a PocketBook Color e-reader, centered diagonally, with books and various items around it; Photo by AvalinahsBooks

You really end up rooting for the characters

As the story goes on, you get very invested in Maud and Addie, and their safety. They are such resourceful girls – they come up with so many things to do to save themselves. They’re not doing so well, because they’re just children, but they doing so many things not half of us 21st century couch potatoes could even come up with. I was so proud of these characters most of the time, because they really were such smart kids.

Reading Maud and Addie deeply affected me, and I think it really coincided with the fact that at the time I was watching The Long Way Round (a show where Ewan McGregor and his buddy Charlie Boorman rough it around the world on motorbikes.) Both of these pieces of media bring out the fact that the small things can mean EVERYTHING. And so reading Maud and Addie and seeing how they change their attitude (through necessity) – from sulking about a late carriage to being happy about finding something edible on the beach – just shows something about life that I simply can’t put into words. Someone’s ‘cheap’ is someone’s ‘expensive’, if you know what I mean? Simple experiences can be everything. And we take SO MUCH for granted, when we perhaps should cherish every single day.

By the way, this book is more than just a story of two girls getting lost at sea and trying to survive. It has more – family secrets, prejudice and so much more. But I won’t tell you about that, because it would be a huge spoiler!

An image of the cover of Maud & Addie on a PocketBook Color e-reader, centered, with books and various items around it; Photo by AvalinahsBooks

What an amazing read – I couldn’t even decide whether this was to be considered middle grade, or if it’s for adults – I think this book is perfect for both children and adults. It talks about very real and important things, maturing in our relationships and becoming less selfish, seeing the bigger picture. Also, it’s just an incredible story of survival and healing. It’s definitely a must-read!

A story of survival and sisterhood, Maud & Addie will definitely make for an incredibly memorable read. 5 stars! Click To Tweet