So this weekend, I finally read a couple middle grade books that broke my huge reading slump. I was incredibly lucky, cause two out of three were 5 stars – and A Place to Hang the Moon was one of them. The book immediately drew me in – it had a pleasant tone and felt natural, and I could instantly feel for the characters. The bit I loved the best was how the book instantly places you in cozy situations, and the love for reading the characters have. It’s a must-read! 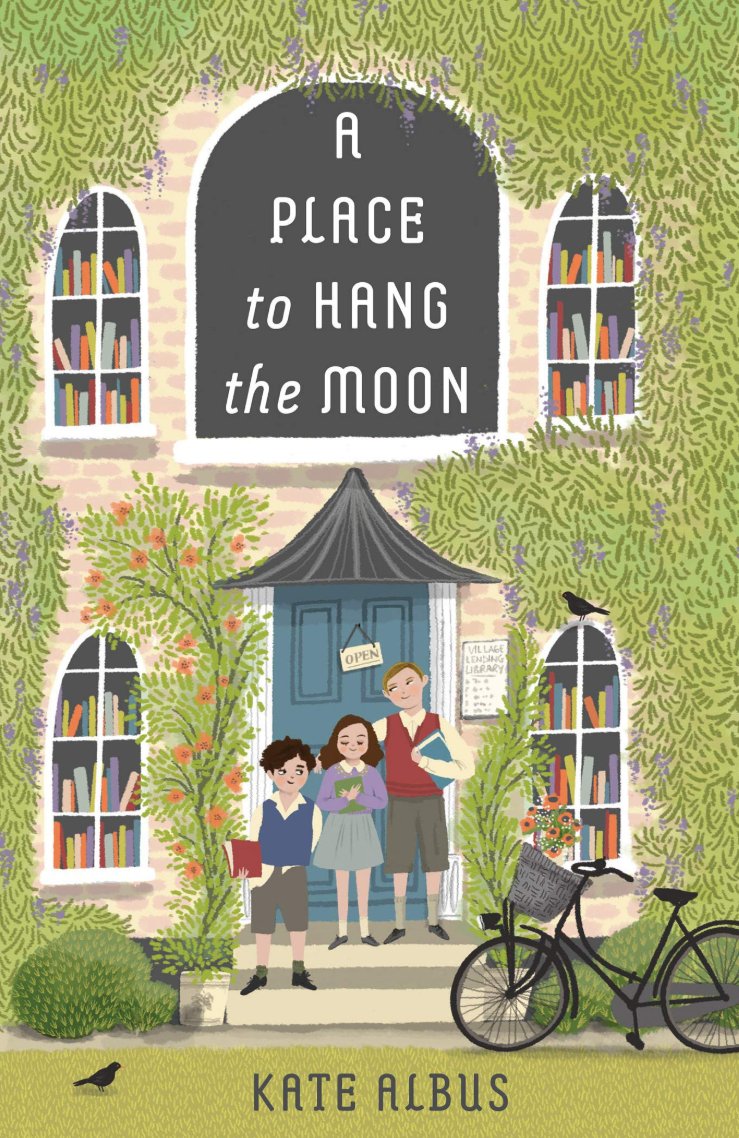 Anna, Edmund and William are three orphans who have just lost their last remaining relative – their grandmother. Even if she was a rather callous person, at least she was a guardian. While the children are not destitute, there is only so much you can do without an adult – especially during wartime.

So in hopes of figuring out this situation, the kids’ solicitor hatches a ‘preposterous plan’ – to send them off to the countryside as evacuees, just like most of London’s children. And maybe… the family that takes them in will give them a new home. It’s certainly worth a try, right?

What I loved best? Definitely the characters!

I loved all the characters, but I especially loved Edmund, the misbehaved kid. It’s funny, isn’t it? It’s as if Narnia ingrained it in us that if a character is going to be a tough customer, he’s gotta be named Edmund or something?

Edmund is a lot like the one in Narnia. But he’s also such a multi-faceted character right from the start. He misbehaves, but you can also see that it’s because he’s an orphan and hasn’t really been cared for, at least emotionally, and he’s also just dealing with his situation by maintaining some control over his life – if he can’t control where he lives and choose much of anything, he can at least choose how he reacts to things, and everyone else will just have to deal with it. He maintains his personal space like that. He’s also incredibly stubborn, but that’s also because he just wants everyone to see him the way he wants to be seen. But he’s not a bad kid – he is also kind, when the situation calls for it, and sensitive, although he tries to hide it.

What I liked about his character was that he appeared this many-dimensional right from the start. It didn’t take many pages for me to see a real person instead of just an imaginary, flat character on the page. Often, in middle grade books both the setting, pace and the length of the story won’t let the author flesh out the characters too much. But this was not the case in A Place to Hang the Moon.

Plus, an added benefit is that the characters in A Place to Hang the Moon LOVE reading! I can totally relate to that. 👏🏻 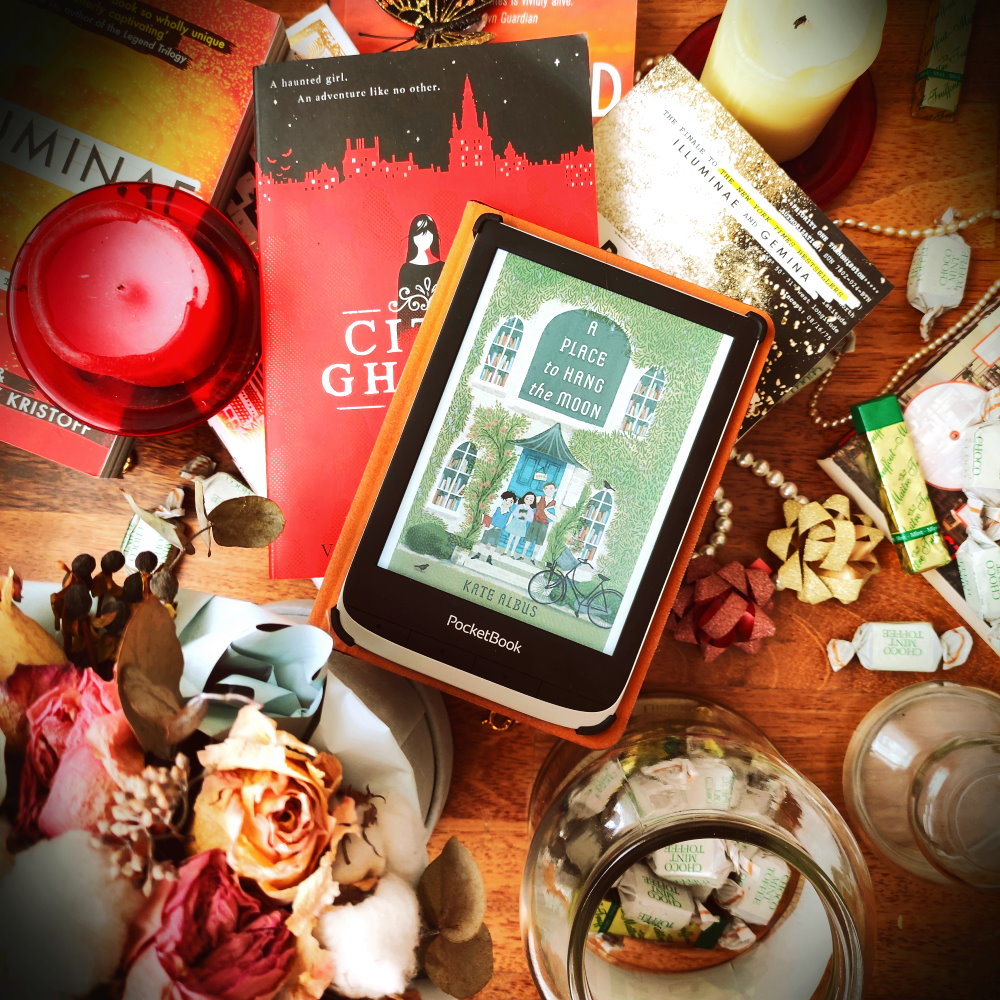 An image of the cover of A Place to Hang the Moon on a PocketBook Color e-reader, with books and various items around it; Photo by AvalinahsBooks

The story itself just comes alive!

Come to think about it, this story had more in common with Narnia than just Edmund! The kids get evacuated, in the hopes of being adopted – it’s quite a scheme. And while I have seen movies about evacuated children’s stories, I’ve never really read a book about it. It was really interesting to delve into it. In this book, the kids have to go to a half a day of school in order to be out of the way of the families hosting them! Poor kids. School in June, and all that way from home and their families. What a time it must’ve been.

Something I really enjoyed about A Place to Hang the Moon were the descriptions of coziness and the love of stories – and how those intersect. The children have a lot of tough times, but when things are good, the coziness and warmth is described like in some fairytale. I remember I felt almost as if I was there with them, savoring the warmth of the fireplace, the cocoa and the buttered toast. It all felt so real! All the kids share a love of reading, and it was portrayed so genuinely in the book. No wonder it was one of the books that brought me out of the reading slump!

A Place to Hang the Moon was amazing – heartwarming, real, cozy and sweet. The pages simply melted under my fingers! I can’t recommend it more – it’s a perfect book for any child, as well as any adult. I loved it!

A sweet story about three kids who get evacuated during wartime in order to... find their new home. 5 stars! Click To Tweet