Last night I read a truly unforgettable book. It’s one of those books I’m sure I’ll remember forever, and it’s one of those that feel like they were secretly written for you. The experience was just uncanny, and it left me with so many thoughts and feelings, and now I’m struggling to put them in words. Ghostlove by Dennis Mahoney was both magical, wistful and sad, as it was odd, deep and meaningful. It reminded me a lot of The Library at Mount Char by Scott Hawkins and will certainly appeal to those who liked it, but it didn’t have a dark presence – it just had the same sort of magical, uncanny world that some of us wish we might one day know. It was also so strangely beautiful and full of love, kind presence and just… Oh, when I finished it, it left a book shaped hole in my heart for sure. I can’t quite put my feelings into proper words, but I LOVED Ghostlove so much. 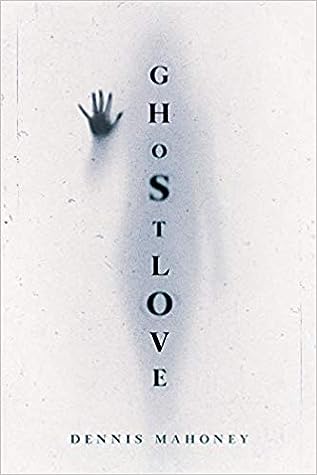 It was just so magical! Sad, but also very magical. The main character loses his mother in strange circumstances, or rather, his mother sort of loses her mind after visiting a dying man in a strange house. After which the young man becomes obsessed with ghosts, and trying to meet his mother to find out what happened to her back then, and maybe talk to her. He eventually finds the house in question and takes up residence in it. And the house is strange indeed.

You’d think this is a ghost book, but it’s not scary. On the contrary, it’s so magical and fascinating. The house is an otherworldly place – there is a tenant in the basement who pays his rent punctually, but nobody has ever seen him even once, and he’s lived there as long as anyone’s known. There’s a presence in the bedroom. It sometimes snows inside the house. There’s a three-winged pigeon that roosts near the house. I could go on – it’s all so very interesting and curious. 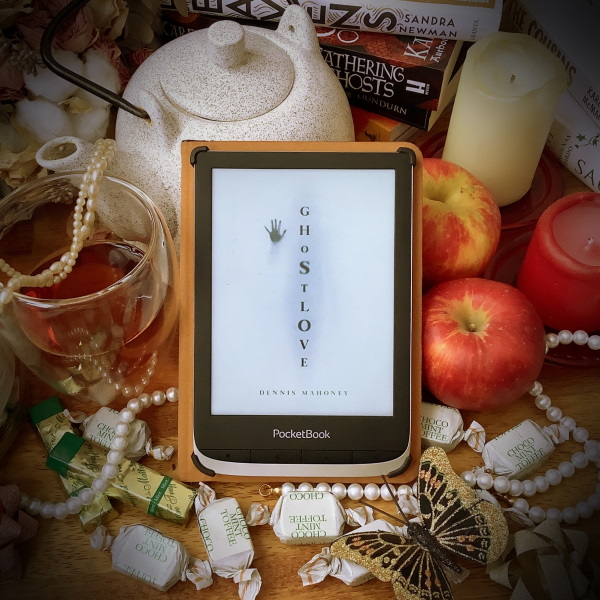 An image of the cover of Ghostlove by Dennis Mahoney on a PocketBook Color e-reader, centered in the photo, surrounded with candles, apples, tea and a kettle, candy and other items; Photo by AvalinahsBooks

Ghostlove is very quotable, although I’m not a person that collects quotes, so I didn’t copy any. But there were many times when I was reading and a particular sentence would stick out and I’d think, maybe I should write that down. The book speaks in words, but at the same time – they’re somehow like pictures or symbols. They’re conceptual in a way where the words and sentences don’t always directly make sense, but when you read them, they make you feel something so deeply, you can’t describe why or how, but it’s so vivid, and it’s as if you’re reading something between the lines. I love books like that, and they’re incredibly rare.

Ghostlove made me ponder what was between the lines and it made me want to stop and think of the different meanings and possibilities. I rarely read books like that anymore, but this book made me pause a lot. Reading it was very enjoyable that way. 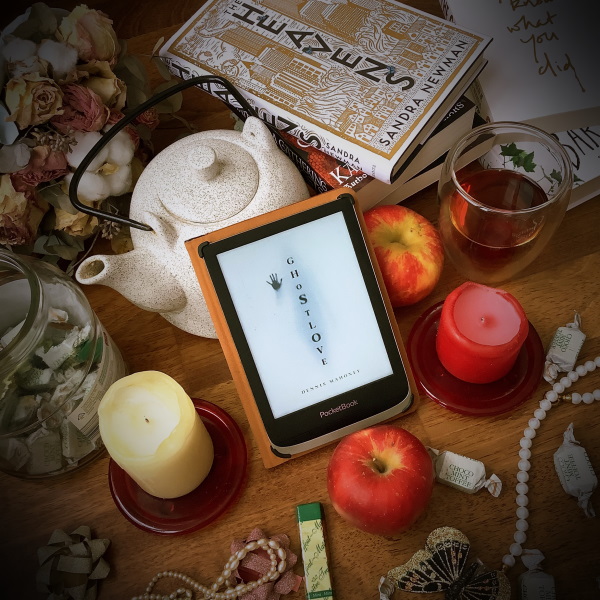 An image of the cover of Ghostlove by Dennis Mahoney on a PocketBook Color e-reader, placed diagonally in the photo, surrounded by candles, appples candies and some books, plus some other items; Photo by AvalinahsBooks

The evening I picked the book up, it was as if I was sucked into it and it just carried me away. It was so brilliant, I just got to like 91% and then it was 2 am and I had to sleep. And yet, before I did, I still retold my husband the entire plot (and I never do that), and he liked it too. I stopped on a cliffhanger and had to leave it till morning. In the end, I’m glad I paused there, because both me and my husband got to guess at how the story ends. It made it more meaningful when I picked it up first thing in the morning and finished it before I even got up.

One of the things I told my husband about the book was that it made me feel like… Like I’d been writing this book myself for a couple years, or as if it’s been written for me, somehow. It’s very rare that this happens. But it’s as if the thoughts I’d been having on and off for a few years now were somehow put together in this book, and articulated better than I could have ever done. And when I read them, it was like a bunch of small awakenings, each of them bringing a jolt of awareness, because those thoughts have been slowly solidifying in some corner of your mind for a while now. It was a very strange, and yet meaningful experience reading this.

Ultimately, the book was about loving and then also letting go of your pain and loss. It was beautiful. It may not be the story or the ending you expect, but it’s very symbolic and beautiful. I was stunned at the level of layers to the symbolism in it, and I thought it was brilliant.

I think Ghostlove by Dennis Mahoney will stay with me for a long time, because there were so many hidden meanings and deep thoughts in it. It’s certainly one of the best thought-provoking books I’ve read in a long time. I don’t know if you would like it as much as I did, because it seems this book touched me very close and personally, but I hope you’ll still enjoy it and see how unique a story it is. It’s definitely worth a read!

Ghostlove by Dennis Mahoney was magical, wistful and sad, and so full of deep meaning. Certainly a book that you will not forget! ★★★★★ 5 stars Click To Tweet