Time to review another great middle grade story – this one’s called Lizard’s Tale and it’s vibrant and unforgettable. Even though at first, it was a bit hard to get into it (because life was so hard for the characters!) and I had put the book on hold, after I sat down with it another time, I could not peel myself away from the page and finished it within one evening. It’s such a page-turner – full of action, colorful, emotional, and with lovely characters. Spies! Butt-kicking urchins! Secret service ladies! It was amazing. 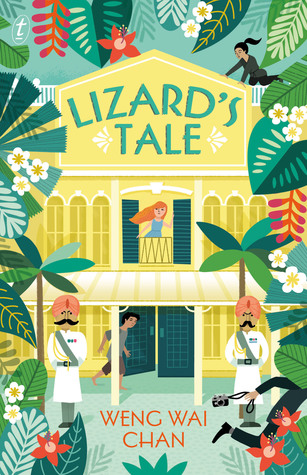 A mixed-race boy in Singapore’s Chinatown nicknamed Lizard is stuck between a rock and a hard place. Life is tough, especially when you’re an orphan and don’t really belong anywhere, but it’s even tougher if you’re mixed race, because nobody’s really willing to accept you anywhere either. Lizard hates stealing, but life on the street makes him do it – there’s just no other way to make ends meet, when you have no adults in your life. So he thinks he’ll do one last gig for big money and then he can stop it for good. But does it ever really work out that way?

So after doing the deed, Lizard finds himself in a bigger mess than he expected to. Suddenly it’s not just a trinket that he’s stolen anymore, it’s something people get killed over. So he knows he’s got to return it. But again, does it ever really work out that way?

For fear of giving away too many awesome adventures, I’ll just say that there’s loads of stuff going on, and it involves danger, teenage spies, as well as are wartime secrets – and so much is at stake – personally for Lizard, as well as on a bigger scale for all the characters. It’s an amazing story!

Like I said, I had a little trouble getting into the book at first. That’s because at the start it made me feel so sad – it starts off in a rocky way for the characters, especially Lizard. He’s an orphan, and his life really, really sucks. To top it off, he’s mixed race, part British – which really doesn’t do him any favors in the Singapore Chinatown, because a lot of people judge him purely on being different. And yet, by following him through his escapade that gets him into all this trouble, we realize his life is about to start sucking much, much more. I couldn’t take that for a while and I dropped the book to “let it cool off”.

But when I returned, I was so glad I did. The book really does take off, the action is swift and the story doesn’t dawdle at all. Things just kept going and I couldn’t stop reading. There were quite a few twists as well, and I never expected this as I started the book. Lizard’s Tale definitely didn’t disappoint!

Lizard's Tale is a real page-turner – this #middlegrade adventure will leave you emotional, as well as entertained: Click To Tweet

What I liked a lot was the setting – I am always so happy to see a book set basically anywhere else but in the West (even if it’s never actually set in my neck of the woods!) Lizard’s Tale is set in Singapore in 1940. It is a multicultural setting, and there were a lot of different ethnicities in the story, and many characters with a colorful cultural background.

I especially loved the setting because this is the second book I’ve read recently that was set in Singapore! And while it was set in a different time, it still felt like I’m revisiting the place. Everything felt very genuine and interesting, and that is the best thing a book can give you – a trip to another place and another time. Hey, especially during the time of quarantine when you can’t even go out.

To give you a bit of a taste, in the photo below you can see Raffles hotel, a real hotel in Singapore, where the book was set – and during an event in the book, they even serve the Singapore Sling cocktails, which were created and first served in this very hotel! The setting really came to life in the story, and I enjoyed “visiting it” with the help of Lizard’s Tale very much. 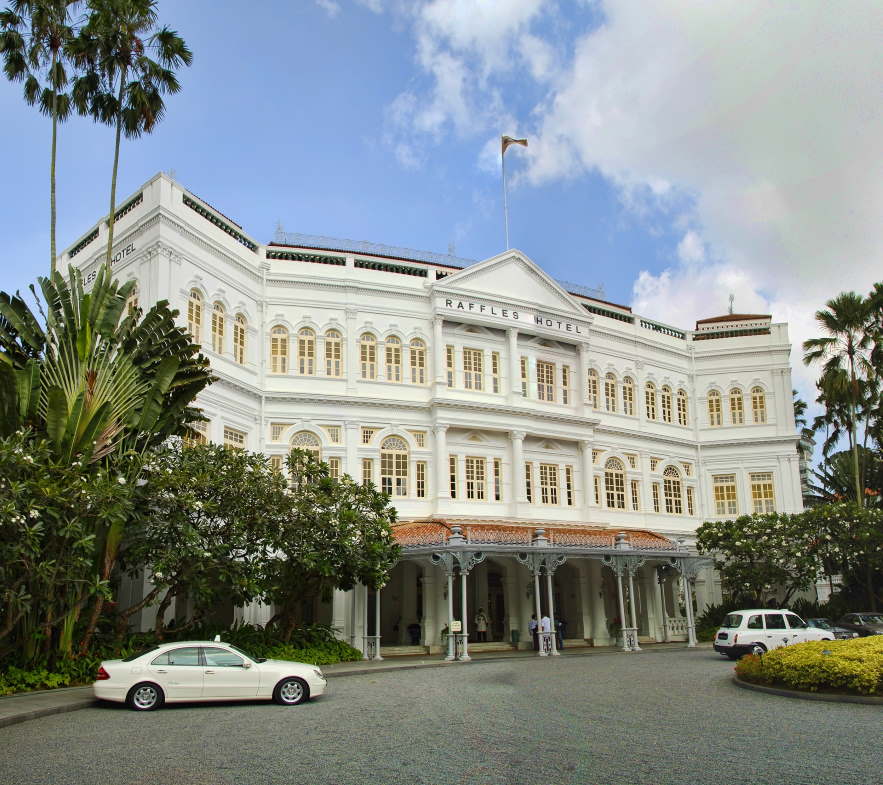 A photo of the Singapore Raffles hotel in present day – it’s a large white building with a few big covered entrances, a flag at the centre, and… I’m bad at describing things, it turns out! (Photo courtesy of Graham-H on Pixabay)

If you want to visit Raffles hotel in Singapore in 1940, hop onto... Lizard's Tale, a middle grade story with wartime spies and really tough kids. It won't disappoint! Click To Tweet

I really love middle grade books where kids kick butt, and they kick so much of it in this one. But not unrealistically! This is not one of those books where the kids are some sort of super heroes – there is a branch of middle grade books with stories like that, and I love those too – but Lizard’s Tale is more realistic than that. Kids are just kids – but that’s what’s empowering about it. They’re just kids, but they’ve lived tough lives (well, some of them at least) – and you won’t get them down that easily.

Lizard's Tale is a middle grade story full of strong, smart kids and teens. I wish I had more stories like this when I was growing up! Click To Tweet

And this may be a spoiler, although not a big one – but I seriously found that bit so awesome! Not many books manage to incorporate and manage to do it in believable, natural ways. I would have been so happy as a kid or teen to read about characters like that. (Again, it’s not a big spoiler, like 15-20% into the book, so you may as well open the spoiler tag!)

Lizard’s Tale was an amazing read. It had me tight in its grip, and while I must admit I grabbed it because of the cover (look at that cover!! A serious case of cover love here!!), the contents did not disappoint. I truly hope there will be some sort of sequel!

Lizard's Tale is an action-packed middle grade adventure that will truly not disappoint. Find out more about this page turner: Click To Tweet

What are some good adventure middle grades you have read lately?

Okay this sounds so so good and fun!! Although, I totally feel for you with struggling with the first half and it being a bit tough to watch the bad stuff happen. Sometimes we need books that have more hope in hard times. But overall this sounds amazing I’m glad you loved it!

I loved this book 🙂 I just hope there’s a sequel! The author seems to have left space for a sequel, so I am keeping my fingers crossed 🙂

Sarah @ All The Book Blog Names Are Taken

This sounds like a great read. I just found out I am moving to 5th grade from 6th grade, but I am still always on the lookout for books my kiddos will enjoy. Great review!

Definitely check this one out, it’s SO good 🙂

Jackie B @ Death by Tsundoku

It’s been a long time since I’ve read a good middle-grade adventure novel! I’m definitely adding this to my TBR. Almost every book I’ve read this year was written by a white American woman set in America. How embarrassing!

You imply that Lizard is not the only kid around in this story. I assume he has other… friends? Street urchins like himself? What is the age range of these kids? I’m just trying to peg where on the middle-grade scale this story will lay.

Author
Evelina AvalinahsBooks
Reply to  Jackie B @ Death by Tsundoku

I know right! But I mean, it’s in English… Translations don’t get as much traction, I guess? (It’s sad. I am specifically seeking out translated new books on Edelweiss these days.) And yes, pretty much the entire cast of this book is kids! The main character Lizard, his friend Lili and a sort of acquaintance, and I already don’t remember her name xD there are more kids and teens, but they’re side characters. And they’re all like 10-13 I’d say? Like, Lizard is still a kid, but Lili is already pretty much a young adult. It’s the last cry of… Read more »