Actually, I didn’t expect this book to be so dark and scary, it’s like a regular crime story, and for some reason I thought it won’t be that brutal cause it’s YA. When will I learn? Some of the darkest and most brutal books out there are YA. Regardless, it was pretty hard to read because the stuff the characters go through is just really, really messed up. What made it worse is that I was constantly thinking that yes, unfortunately, this is probably someone’s reality. Scary and incredibly sad. But I have to say, the tension does keep you reading. 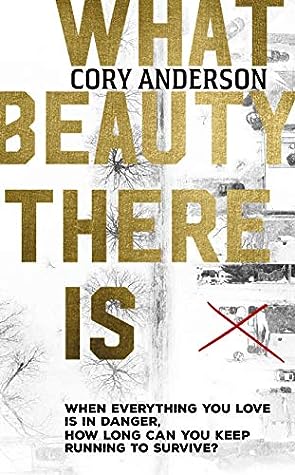 Check out on Goodreads
★★★☆☆ 3 stars
How I read this:
free review copy for blog tour

Every chapter starts with Ava’s thoughts, and some of them are memories, but others more like premonitions for the reader – this has already happened to Ava and she is clearly regretting the results, but we haven’t heard the story yet. So with every chapter, the mood darkens and you expect the ending to sort of be worse, even though the situation is bad enough from the very start already. We don’t get to meet Ava in real depth for a while, but she sets the tone of the story. The real main character is Jack.

Jack is the older son of a criminal and an addict. His dad is in prison for someone else’s crime, but he is no innocent himself. Meanwhile, Jack’s mother’s addiction may have begun as depression and a plea of help after Jack’s dad went to prison, but that’s not what it is anymore by the time we join Jack and read his story – she’s past the point of caring, as we learn later on. The adults in this book are sorely messed up, and who else but Jack has to shoulder all of it. What’s worse, is that when the shit hits the fan and he’s now on his own, it’s not just him – it’s also his little brother out there with him. Jack wants to protect Matty at any cost, sometimes even through decisions that in my opinion were not the best.

The hardest part of it all for me was reading about how Jack endangered himself and his little brother just so they didn’t get separated in foster homes or care. I do understand that care and fostering is not always a good or desirable situation, and the thought of separation is awful when you’ve already got no one else. But in many of the instances, I think Jack may have been making the wrong choice. Leaving his little brother in a run down house on his own, with no food or real heating during the winter – surely that’s not better than actually leaving him in foster care or in a government home? Could have got kidnapped, could have frozen – so many things. (That’s not the only such situation, but I don’t want to leave any spoilers here.) It was hard to read for me. I do understand that Jack was a teenager himself, and under pressure he may have made different decisions than we, as a reader, think are better when we read the story in our comfortable, warm rooms. There are many teenagers out there making those choices right now, and it’s not fair for me to judge. However, I am saying that those parts made the book incredibly hard to read for me, emotionally. An image of the cover of What Beauty There Is by Cory Anderson on a PocketBook Color e-reader, placed in the center of the photo, surrounded by scattered candy, a few apples, a kettle and tea, and some other decorative items; Photo by AvalinahsBooks

Bardem, Ava’s father, essentially the villain of this book, is an interesting character. He’s an accomplice of Jack’s dad’s, the one whose crime his dad is in prison for. He still wants the money that Jack’s dad hid so well that nobody knows where it is. So he’s after Jack and a real danger to him in the story. He’s a cold-blooded and ruthless murderer, but he’s also sort of a philosophical type – he can threaten you with Zen-like sentences and whatnot. It kind of makes him even scarier, and I thought that’s an interesting way to write a character. He certainly jumps out as a strongly built villain, more than just a character – alarmingly real, which makes it feel even worse, because you really don’t want to think about people like that existing in reality.

The inclusion of Ava, her evil father and the boys creates a sort of family drama. The relationship of the two teenagers intertwines with things from the past and naturally makes a good thriller.

I wouldn’t recommend it to someone who is sensitive or has anxiety – the book is truly scary, the people in it are mostly ruthless criminals. People are hurt and killed in pretty gory detail, killing animals is also described. There is suicide, there’s a lot of senseless violence. There are a few parts where cleaning and sewing up wounds is detailed. So if you can stomach all that, you’ll probably enjoy the read, but there are quite a few triggers in What Beauty There Is.

What Beauty There Is was a tough read, and it’s certainly not for the faint-hearted. It was a good thriller, but for a sensitive reader like me, there was too much gore and it was simply depressing, which took away greatly from my enjoyment of reading it. However, we can’t ignore that kids and teens in dangerous and precarious situations do exist, and these books are written so we would know more about these issues in society, and for that reason, they are important. Plus, the book did have really interesting and well-written characters. So if you like thrillers and have a tough skin for violence in books, you will probably enjoy this!

What Beauty There Is by Cory Anderson makes for a tense read – and it's not for the faint hearted. A #YA thriller about children who grew up as hostages of their family history – but decided to change it: Click To Tweet