Gosh I loved this book! Science + cats? Oh hell yes. How wouldn’t I like it? When you read the blurb or otherwise learn about a book that somebody has written on falling cats and the science around it, you inevitably think – wait, is this for real? This is seriously a book? You’d be tempted to think it’s ONLY about cats falling, but come on – who’d be able to write 250+ pages on that? (Actually, I’ll read it if you try.) It’s about way more than just falling cats – it’s about science history, biology, mechanics, prep for space travel and even robotics.

And yes, cats. Even robot cats.

(It also has a tiny Egyptian poem about cats. And a lot of science-related feline anecdotes. I mean. If you were doubting. It’s precious!) 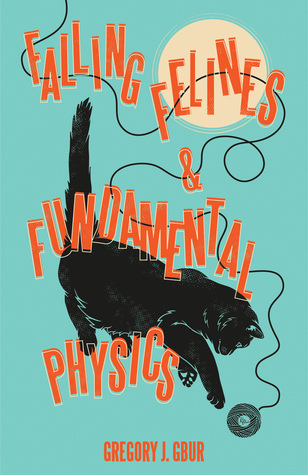 Written in a very fun tone, Falling Felines and Fundamental Physics delivers precisely what it promises you on the cover – sciencey stuff in regards to falling cats. You know how they always right themselves when they fall? I’m sure you’ve seen videos, even if you don’t have a cat yourself. There’s a certain grace in how a cat slips, falls, and still walks away unscathed. No matter how silly the slip might have looked in the first place.

The thing is, this question has worried more than one scientist in their lifetimes, and for good reason. It’s not just a fun thing to think about – cats (and bunnies, for that matter) righting themselves after they’ve been dropped is no simple matter, and it can teach us a lot about biology, biomechanics and even give us ideas on robotics. After all, Nature usually has stuff figured out way before we’ve even looked into it. It had millions of years to find the best solutions!

Scientists And Cats… And The Bafflement?

As it turns out – a lot of big science names were into finding out how cats always land on their feet when dropped (Maxwell or Stokes, to name a few, but there were more.) They even dubbed it ‘cat-turning’! Falling Felines and Fundamental Physics doesn’t just talk about how cats turn, though. It gives you a little background on the scientists who worked on the problem (and there have been way more than one generation), as well as giving you a history of the main tool that allowed us to understand how it works – photography.

It also goes into a lot of tangents on related things. For example, fun fact – now I know why horses are often so weird in older paintings – before photography, many artists didn’t know how horses ran. Now you just look at it and scratch your head – something’s funny, but you don’t know what. Thanks to movies and documentaries, most of us have seen horses run slowed down on film or in anatomically accurate later paintings, and we instinctively know what it looks like. Things we take for granted! 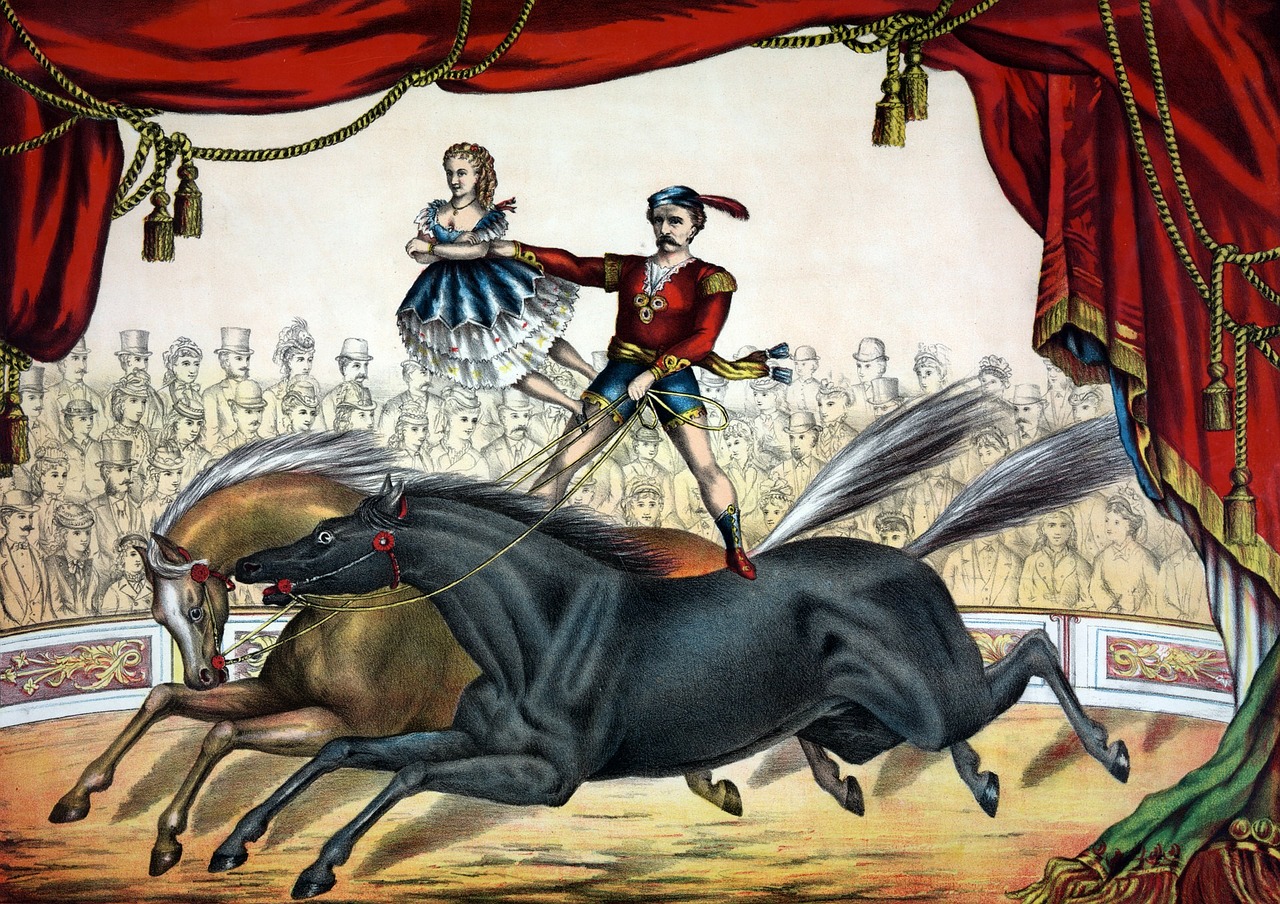 The standard pose trotting horses were drawn in before photography, courtesy of Pixabay and creator Karen Arnold – an image of two horses in a circus ring with their legs almost parallel to the Earth, running as if a dog would run, carrying performers on their backs

What is pretty unbelievable (and quite cartoonish) is to imagine the official scientific community, outraged at the first photos of a falling cat and convening post haste to talk about how that could be possible, because it challenges known laws of physics at the time. Such an important development in science! (And what do you know – this actually happened.) You live and learn! The book is full of anecdotes like that, and they are certainly very interesting and amusing.

Did you know why horses look so.. weird.. in some older drawings? Almost as if they're flying, and not trotting? Find out why here + BONUS: find out how that's related to falling cats!!! Click To Tweet

But Really, It’s Not Just About The Cats

Other than being just about cats and their ways to defy the cheekiness of gravity, this book goes into various tangents on men of science. It talks about the careers and histories of pretty much all the people who made any significant discoveries in the field of, ahem, cat-turning, and those people usually had other important pursuits – like, perfecting (or just inventing) photography, working on fluid dynamics, astronomy or other such stuff. So what you get is a sort of mishmash of history of science, connected by the oddest thing – the question of how the hell cats manage to land on their paws every time. It’s really quite curious! I have to admit that I learned a lot of interesting trivia when reading Falling Felines and Fundamental Physics. And the interesting thing is that it was done so naturally, it was as if I was having a pleasant conversation at an evening sit down with friends, and not actually reading nonfiction (although hey, I love nonfiction anyway.)

Falling Felines and Fundamental Physics by @drskyskull is definitely about more than just falling cats – it might be the best rare scientific trivia book ever. Check out why: Click To Tweet

And yes, of course, there is a chapter dedicated to cats in space. Cats, science and space exploration – if you know anything about my reading tastes, then to you this should sound like the perfect recipe of a book for me. The space nerd and cat lover in me rejoices that specific movements for zero-g were developed based on how cats right themselves while falling. Doesn’t get much cooler than that. An image of an astronaut on a desolate land with pyramids far off in the distance and the starry night sky, a flag with a cat’s paw next to him and a cat face in an astronaut’s suit in the foreground, image courtesy of Pixabay and creator Karsten

You might want to know that some scientists did harm cats during their experiments, and not just by dropping 😭 thankfully, the book does not dwell on that much and is more or less free of other triggers, apart from a few mentions of animal vivisection, which, we must admit, the scientific history is full of, sadly.

I really enjoyed Falling Felines and Fundamental Physics. Not only is it interesting, full of trivia and informative, but it also has quite a few photos – with or without cats. I thought they were a great addition to the book and it’s surprising how many the author managed to get permission to use, because they came from certain scientific societies, collections or museums. Huge respect for the author for writing this book! Not only is it a subject that I doubt many people could pull off, but to pull it off so well? Kudos, my friend, this was amazing 👏

Cats + Science = You Definitely Want To Read That!!! 😻 Falling Felines and Fundamental Physics by @drskyskull, ★★★★✬ 4.5 stars: Click To Tweet

I thank the publisher for gifting me a free copy of the ebook through NetGalley in exchange to my honest opinion. This has not affected my opinion.

Do you read a lot of nonfiction? And is any of it on such unexpected subjects? I will await any and all recommendations in the comments!