Will I ever turn down as astronaut’s memoir? Never! I was so excited to read Samantha Cristoforetti’s Diary of an Apprentice Astronaut, especially because a year or so ago I read Terry Virts’ book about his experiences, and he was Samantha’s crewmate on their mission. I’ve also read Scott Kelly’s book, and he also happened to be on at least part of the same stay in the ISS! (At this point, I’m beginning to feel like I was up there with them, which is GREAT. Let me dream.) 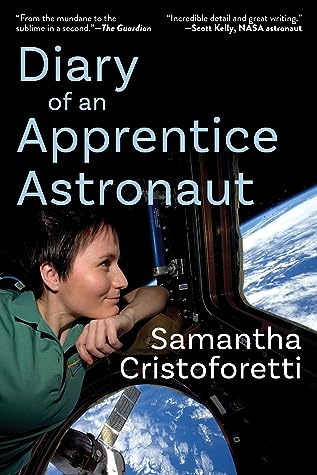 Samantha Cristoforetti draws you into the life of an astronaut with the very first page. In her introduction, she talks straight to the reader and says that the reader will be training along with her to become an astronaut – and once it’s over, both the reader and her will be ready to go to space – together. This was a really touching intro.

I will never go to space, and physically – I don’t even want to (I’m a rather frail, not very physical person.) But mentally – of course I do. So having an astronaut so warmly include me in even the smallest bit of the story is truly touching.

Reading these books is the biggest way I’ll ever go to space – and Samantha Cristoforetti went that extra mile to make me feel welcome. It really warmed up my heart from the very start.

When talking about astronaut reviews, which I’ve made my mission to read as many as possible of, once you read a certain amount, there is always one question. The question is, is it sufficiently different from the others? Are you reading the same tale again, or not? And believe it or not, they’ve all been different so far. But this one felt very unique for me, and that’s for a couple of reasons.

An image of the cover of The Diary of an Apprentice Astronaut on a PocketBook Color e-reader, books are stacked behind it and there’s a red candle next to it. On the cover, you can see Samantha Cristoforetti, looking through the Cupola of the ISS at Earth; Photo by AvalinahsBooks

The first one, of course, is the fact that the astronaut’s a woman (so far, I’ve only read male astronauts’ memoirs). Or that she’s European, and not American. But those are not the only things, or the main things, even – the reason Samantha Christoforetti’s Diary of an Apprentice Astronaut stood out among all others I’ve read was because it’s just like the name says – it concentrates very much on what you’re learning, once you start training to be an astronaut. The other memoirs concentrated on the first journeys, the journeys in general – it was often about BEING an astronaut. Samantha’s is the first memoir about BECOMING an astronaut (that I’ve read.) It’s a great sub-topic and it makes the book unique.

I’ve also found that it’s a unique memoir because of how much attention Samantha gives to Star City, the cosmonaut training complex in Russia. Most astronaut memoirs I’ve read have been by Americans, so perhaps it’s natural that they concentrate on the centres of NASA. But Samantha Cristoforetti is Italian, European – so she doesn’t have this bias.

I don’t actually know whether she simply trained more in Star City than the other astronauts, or do the Americans also train there an equal amount, but just don’t talk about it that much. It might be that, because Samantha mentions Terry Virts training there with her, and I’ve read his memoir too, and while there were bits about Moscow in the book too, there weren’t quite as many. As I’m from Eastern Europe, I was very interested in the info shared about Star City, because it’s simply geographically closer to me than anything NASA-related, and also, there is so much to read in English about NASA stuff, but not so much about cosmonauts. 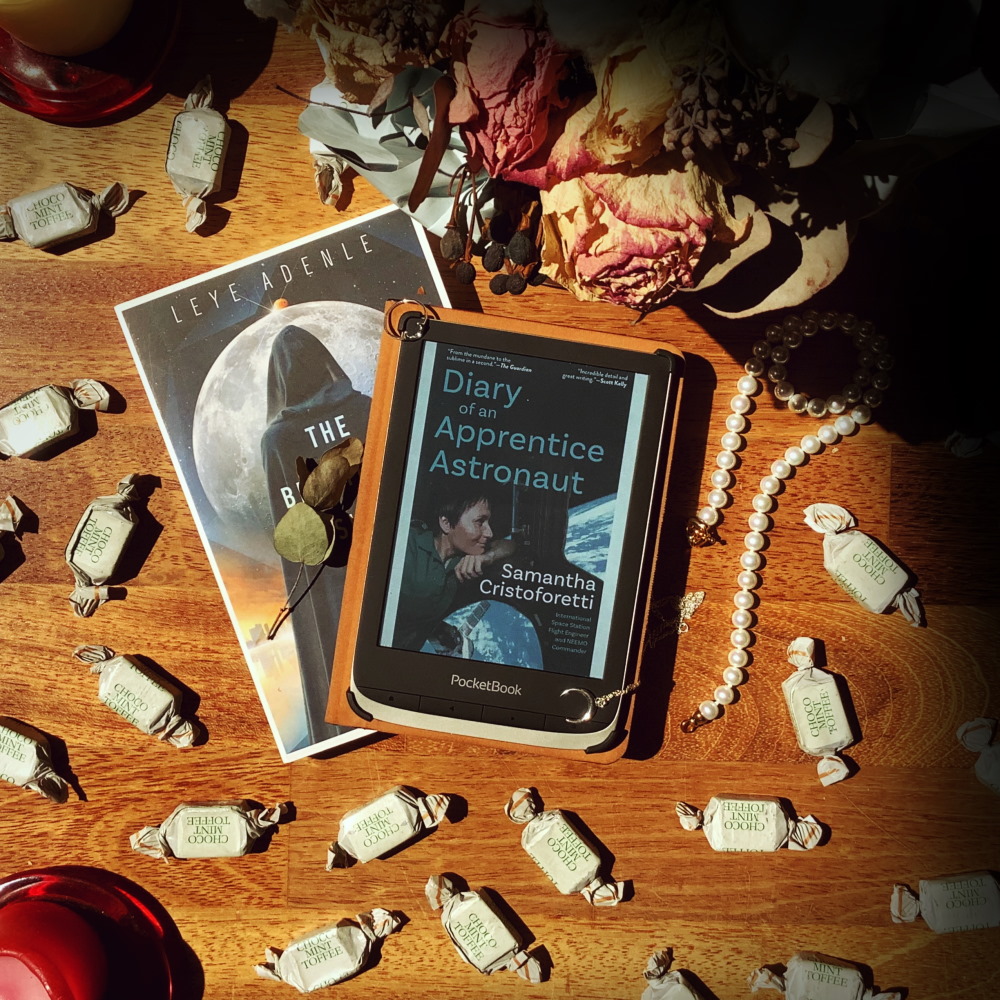 An image of the cover of The Diary of an Apprentice Astronaut on a PocketBook Color e-reader, it’s sat on top of a book that has an image of a person in front of a large moon; Photo by AvalinahsBooks

What I also loved was that Samantha’s not shy to show you that she’s a person just like you or me. Okay, well maybe not ‘just like’ you or me, because not many of us have the health of physical strength, even the IQ to be an astronaut. There are requirements. But that’s not what I meant – I meant that Samantha tells things like they are – she doesn’t omit the things that didn’t go well, or places she failed or made a blunder.

Some of the stories make you think, wow, the problems she’s faced is something that could have happened to someone like me. Sometimes we think, famous people or people with cool professions like astronauts certainly can’t live in the same world as we do, can they? They must walk a different Earth – one where everything is exalted and brilliant, and somehow cooler than for the rest of us down here. But Samantha Cristoforetti shows you it’s not like this. Yep, astronauts get toothaches at the worst moments and they get in trouble for expired visas. They eat sandwiches with instant coffee because there’s no time for lunch. They live just like you and me, although there is no denying that they get to experience space, that we may never do. But they’re still just people – with a life like anyone else’s. And it’s a great feeling to know that maybe you’re not really all that different from the people who inspire you so much.

Diary of an Apprentice Astronaut is an incredibly down to earth space memoir by an amazing female astronaut: Click To Tweet

The Diary of an Apprentice Astronaut was awesome and if you love space stuff, you definitely want to read it. But there’s one more reason why you’ll want to buy it. Samantha is donating her royalties to UNICEF to benefit others. How awesome is that? Go get it now!!