The Accidental Suffragist was very easily readable and instantly drew me in. It starts out with a very touching story about a poor family in New York’s tenements at the start of the 20th century. It’s not enough anymore for the parents to work, so even their eldest child (who is only 11) needs to work at the factory. Unfortunately, factory work was very dangerous and safety measures were barely there at the start of the century, so something horrible happens. The main character of this story is shattered by is helped by a group of Suffragists, who go on to employ her and give her a better life. The rest of the story is about her own personal journey along with these ladies. 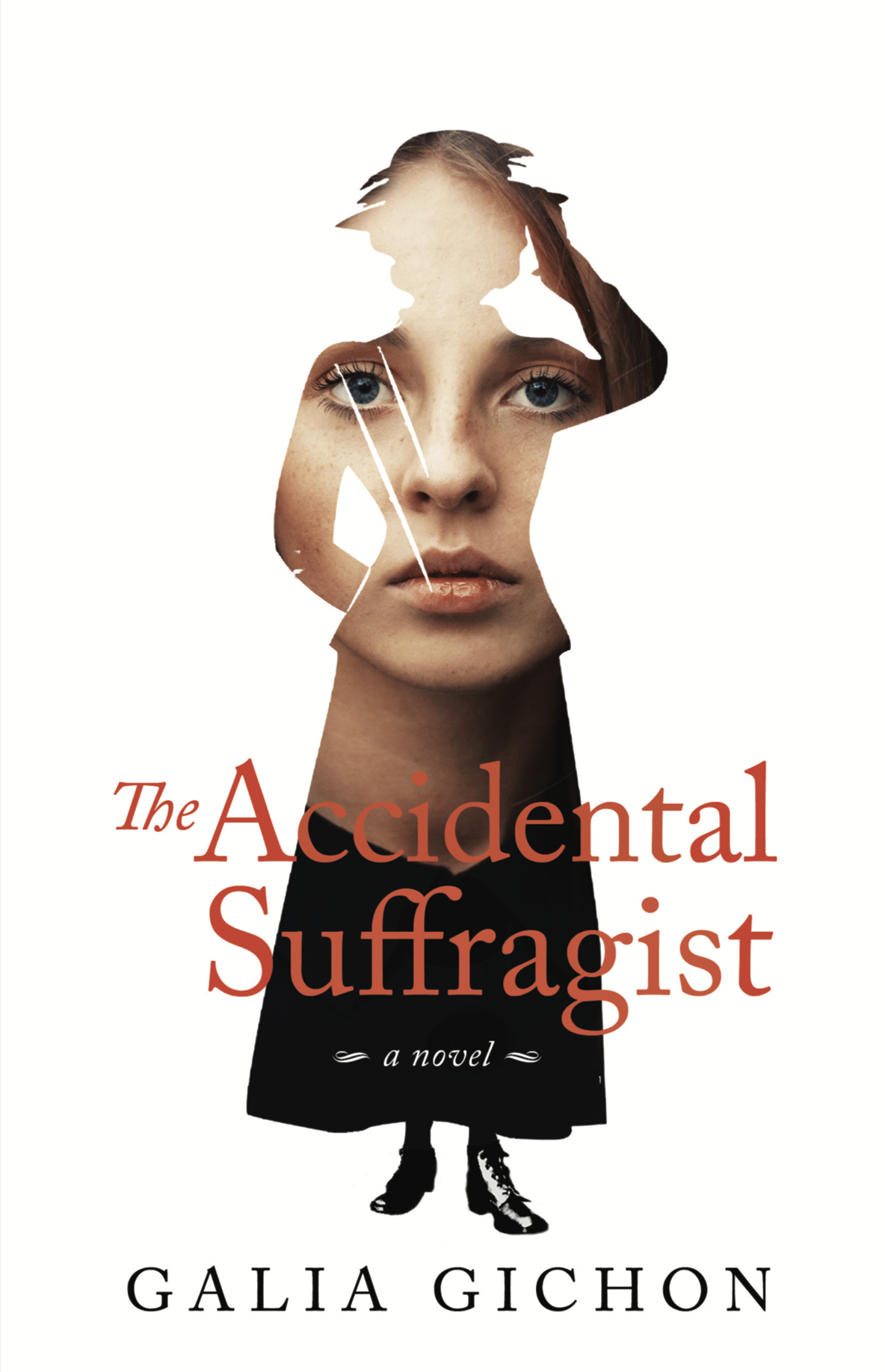 Check out on Goodreads
★★★☆☆ 3 stars
How I read this:
free ebook copy from publicist

One interesting angle of this story was the difference in class between Helen, the main character, and the other women fighting for the cause. Most of them were at least well off, rich or even extremely rich. While being well-meaning, they still couldn’t understand some of the women’s struggles that were obvious to Helen, who herself lived in the tenements, barely making ends meet. But to the richer ladies, some of the things were plain invisible, unfathomable – simply not part of their world.

This kept being a constant trend throughout the story, and it did really make me think. While voting eventually benefited all women, it wasn’t readily apparent to a lot of those women who didn’t have certain privileges.

That is to say, in this book, the suffrage movement is portrayed as a fight mostly fought by the ‘gentlewoman’ of the day – simply because she had time, money and the luxury of her family not depending solely on her to keep the household, watch the children, and maybe even provide for the family. Then there’s another thing, possibly, the highest luxury – of being surrounded by forward thinking people – a luxury which women in the tenements didn’t have, and therefore weren’t exposed to the ideas that could have driven them forward in the fight for their own rights.

For poor women who were barely making ends meet, staying alive through days of hard factory work, coming back to take care of four kids and not speaking up to their husbands – it was both impossible to be part of the cause, and also, sadly – even undesirable. For these women, there were no immediate benefits of women gaining the right to vote. They did not have the luxury of seeing far enough into the future to know how it could help them, and why. They were too busy surviving in the now.

I’ve never considered this part of the women’s emancipation movement. I’ve always known it was mostly led by privileged women, and that makes sense – they simply had the resources and shared the same ideas. But the fact that there wasn’t enough communication between these classes of women – despite all the best wishes and intentions on the Suffragists’ part, didn’t even occur to me.

And I wonder, to what extent is this STILL happening in the feminist movement? It makes me think back to all those things said about intersectional feminism and how privileged feminists STILL fail those women who have less privilege. It’s a thing we need to talk about more, and that’s why this is a valuable story. 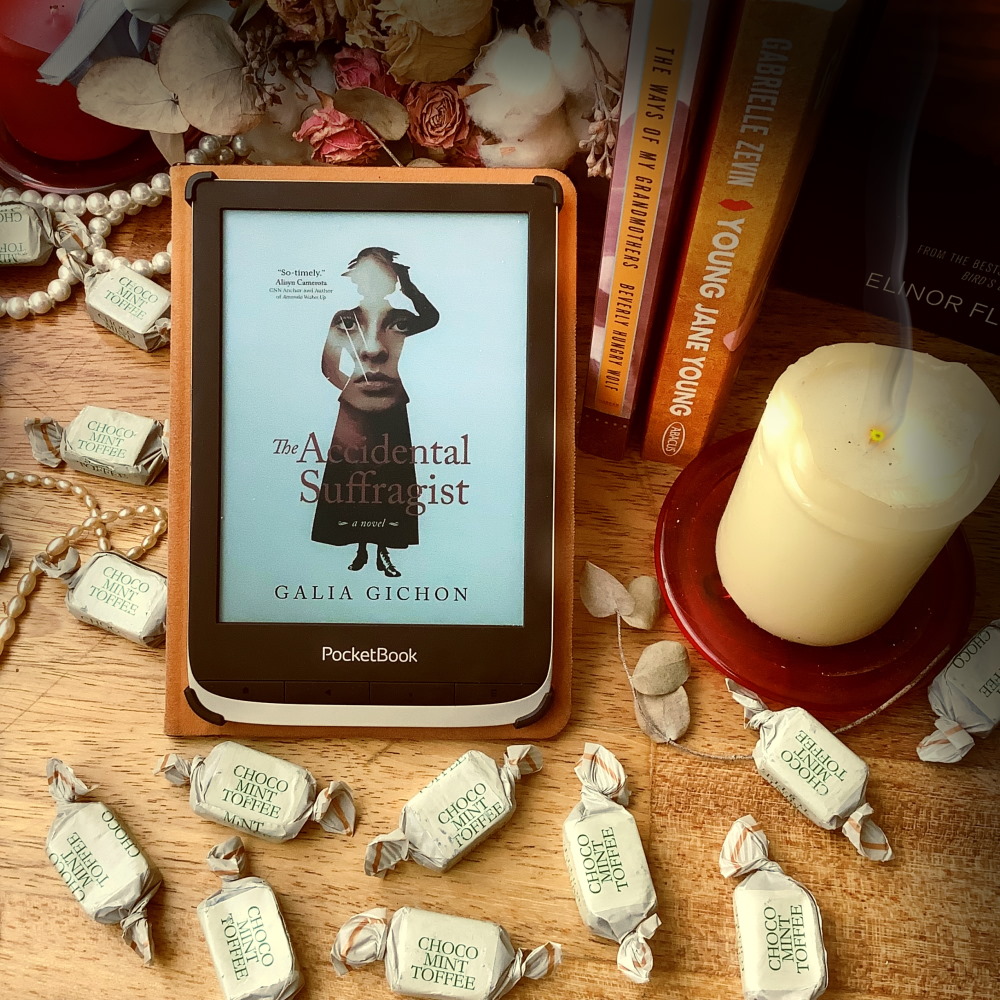 An image of the cover of The Accidental Suffragist on a PocketBook Color e-reader, there are candies and a candle next to it, other books about women behind it; Photo by AvalinahsBooks

While this book is great in the sense that it does list all the chronological events of Suffrage well, and yet, it really lacks in the emotional and plot departments. This is the primary reason why I’ve given it 3 stars.

Every time I thought something emotional would come out of the story and we’re nearing a high plot point, it would skip several years ahead, completely missing the climax. It didn’t stick with the characters linearly enough, instead, it stuck to the historical events more than the emotional side of it. It made for a kind of clinical reading – like a history documentary rather than a novel. I didn’t really root for the characters, because they weren’t very three-dimensional. The story didn’t come alive. If it was more focused on how the characters felt and why they did things, in regards to the big picture events that were happening, it would have been a much more enjoyable story. Instead, it’s more of a historical events retelling with some characters attached. However, like I said before, it’s still a very valuable story in regards to the big picture things.

While this book is not graphic, it might prove triggering to some. At the start of it, there is Then by the very end, the women are

The Accidental Suffragist was concentrated on telling the story of women’s fight for the right to vote in the big picture – it follows a poor woman’s fight, which is an angle rarely told in these stories. It focuses more on the historical events, and not the personal events, but it was a good sum-up of how the fight went and what the women had to endure. It is a very valuable story in the sense of contrasting a poor woman’s experiences with those of the privileged campaigners for the right to vote. However, please keep in mind that this story can be triggering!

The Accidental Suffragist is a story about a poor woman's fight for her right to vote: Click To Tweet