The Caseroom is a historical novel on the harsh realities of women first entering the workforce, reimbursed only ‘half as good’ as the men, and considered true enemies by the males in the workforce. Excluded out of every possible union and denied companionship, women still didn’t give up. This is a tale of Iza and the hardships she suffered not only in her professional life, but in her personal life as well. The Caseroom depicts the kind of life we can’t remember anymore, but can definitely see the traces it left in our world and the problems that have still not quite been resolved. 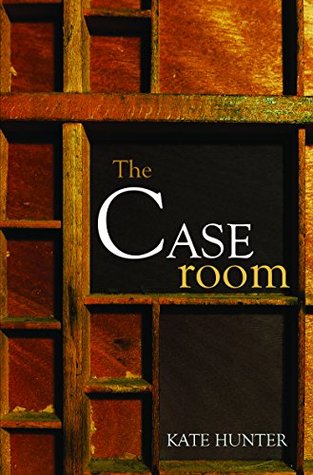 In The Caseroom, Edinburgh is at the heart of Britain’s print industry and St Leonards and Canonmills ring with the clamour of print works. Determined to follow her father and older brothers into the print trade, Iza Ross enters the caseroom of Ballantynes’ Pauls works in Causewayside as a callow thirteen-year old.

Set against the backdrop of Edinburgh’s thriving print industry in the late nineteenth to early twentieth century, Iza enters the ranks as one of around 800 women, who for the first time have been allowed to join the work force as typesetters: a male-dominated trade which stands resistant to the changes in the industry. Caught between the misogyny of the print trade and the pressure to join the We-Women movement at the risk of losing her job, Iza persists in her work that allows her to feed her imagination on books.

As her life becomes further embroiled in bitter labour disputes, Iza must examine her loyalties, since keeping her job means having to harden herself to the needs of those she loves.

The Historical Detail Is Incredible

First of all, what I liked and thought set the tone in this book was that while language is still easily readable to anyone, it’s peppered with local words here and there, giving it a feel of the place it will tell you about and making it authentic. Like ‘bairn’ for child, ‘blether’ for talk or just the good old ‘lassies’ for girls or women. But even more than that, the whole setting was written in a lot of detail – the day to day of the print shop, the way the letters are assembled on the page, even the direction you need to put the little metal stencils in. The equipment, the metal shavings, the lead. The way the workers’ health failed, the noise of the shop, the notions of the time. All of that transports you to Scotland in the end of the 19th century and tells you more about what was relevant at the time: strikes, female labor as a problem rather than an economical and social necessity and just in general the fight for workers’ rights, male or female altogether.

It Tells You How Books Were Made Before Machines

I was always interested in how books were made before computers. I’ve heard a lot about how it was a sort of an art, and how hard a job it would be to space out the letters to justify the pages and all that. The parts of the book that talked about the main character’s work were very interesting, because what bookworm wouldn’t want to know about how books were made? Or how long they took to be made? There’s an overwhelming amount of detail that goes into some of the descriptions, so the author must’ve had to do a lot of research on the publishing houses and the people who worked in them at the end of the 19th century.

Women’s Struggle To Be Accepted Into The Workforce

It’s hard to imagine women wanting to work at the ridiculous rates they were paid and the horrible conditions – but nonetheless, women wanted freedom, they were driven and they wanted to do something of their choice, even if that meant more work altogether – because the housework never went anywhere. What is particularly explored in this novel is men’s prejudice against women and the two distinct ‘camps’ – the workers not thinking of themselves as a common workforce, but thinking of women as outsiders. The fight between the genders only helped keep workers in check, while the men resented the women as the ones who take work away from them, work for free and ruin any chance for them to make a living. Women were socially pushed into accepting to work for lower wages – half of a wage, in fact. It’s a problem that seems to remain relevant even now – even if it’s more than a hundred years later! I could only find a GIF of the US, but you can see it’s still definitely a problem.

And it’s not just the working conditions that make you angry – it’s the fact that women don’t get a say in their own future. Women’s signatures are not required for a strike. In fact, nobody even asks themselves what the women will do if there is a strike – which is a straight-forward way into a problem, because without agreeing what to do first, there’s no way the women will do what’s good for the workforce. Being outsiders, they have no incentive to work ‘for’ the men, and the men keep resenting them for ‘taking the work away’. Sadly, nobody seems to have wanted to fight the women’s cause – in fact, the reality this book talks about is the times when there simply was no ‘women’s cause’.

Another thing that was talked about a lot in the book was how some women realized they could try to stay on at work after they got married and had children. Iza, the main character, is one of those women. There was no law keeping them in the house after marriage – only the law of custom. The moment Iza realizes this is spectacular. Iza can’t imagine herself without her work. It’s so integral to her that she decides to stay even though women normally don’t. And it’s women like her who eventually changed the custom. Despite being called irresponsible, unmotherly, unwifely, negligent of her family, she still soldiers on, working two jobs, essentially – her day job, and taking full care of her family – and only bringing in half the paycheck, because women cannot be paid the same amount as men. This remained a harsh reality of women all around the globe in the 20th century, and sadly, it still remains so for a lot of them.

Despite being called irresponsible, unmotherly, unwifely, the first working women still soldiered on because they felt their jobs to be an integral part of them. The Caseroom by Kate Hunter explores the challenges these women faced: Click To Tweet

This book doesn’t have many triggers, but it does mention sickness and death, and there are some graphic images regarding these. There is also 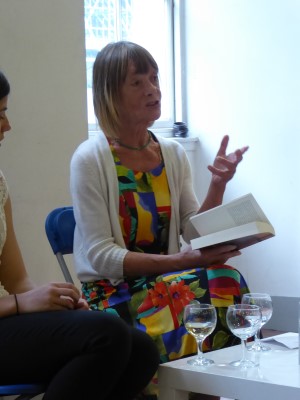 Kate Hunter’s father’s family earned a living in the Edinburgh print trade. They made books and newspapers; they read them, but they never got the chance to write them. Kate has read thousands of books and helped to make a fair few. Now she’s written one. She grew up in Edinburgh, worked in a printers there when she was fifteen and, later, was a Mother of the Chapel in Milton Keynes where she now lives. 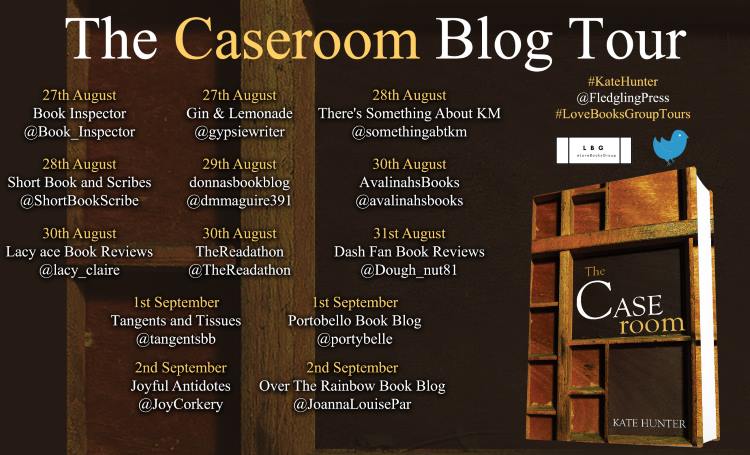 Do you read historical books? Have you read any books about women’s struggles trying to enter the workforce?