The Startup Wife was an amazing book, and I find myself still thinking about it long after I’ve finished it. It was just one of those books where you start reading it, and you know it’s going to be an instant hit with you. I can only compare The Startup Wife with books like Daisy Jones and The Six, Oona Out of Order, maybe even The Oracle Year (although they’re all a completely different kind of story, there’s a mood and a vibe that matched for me.)

It’s hip, even a little hipster, but it’s also down to earth. You can somehow relate to it, even though your life isn’t even close to the one the characters are living. It’s serious, and yet has quite a lot of humor and easy going vibes, despite exploring some really dark, tough human relationship areas. All I can say is I wish I chanced upon more books like The Startup Wife, because these books are why I read in the first place – these are the kinds of books I’m always looking for. 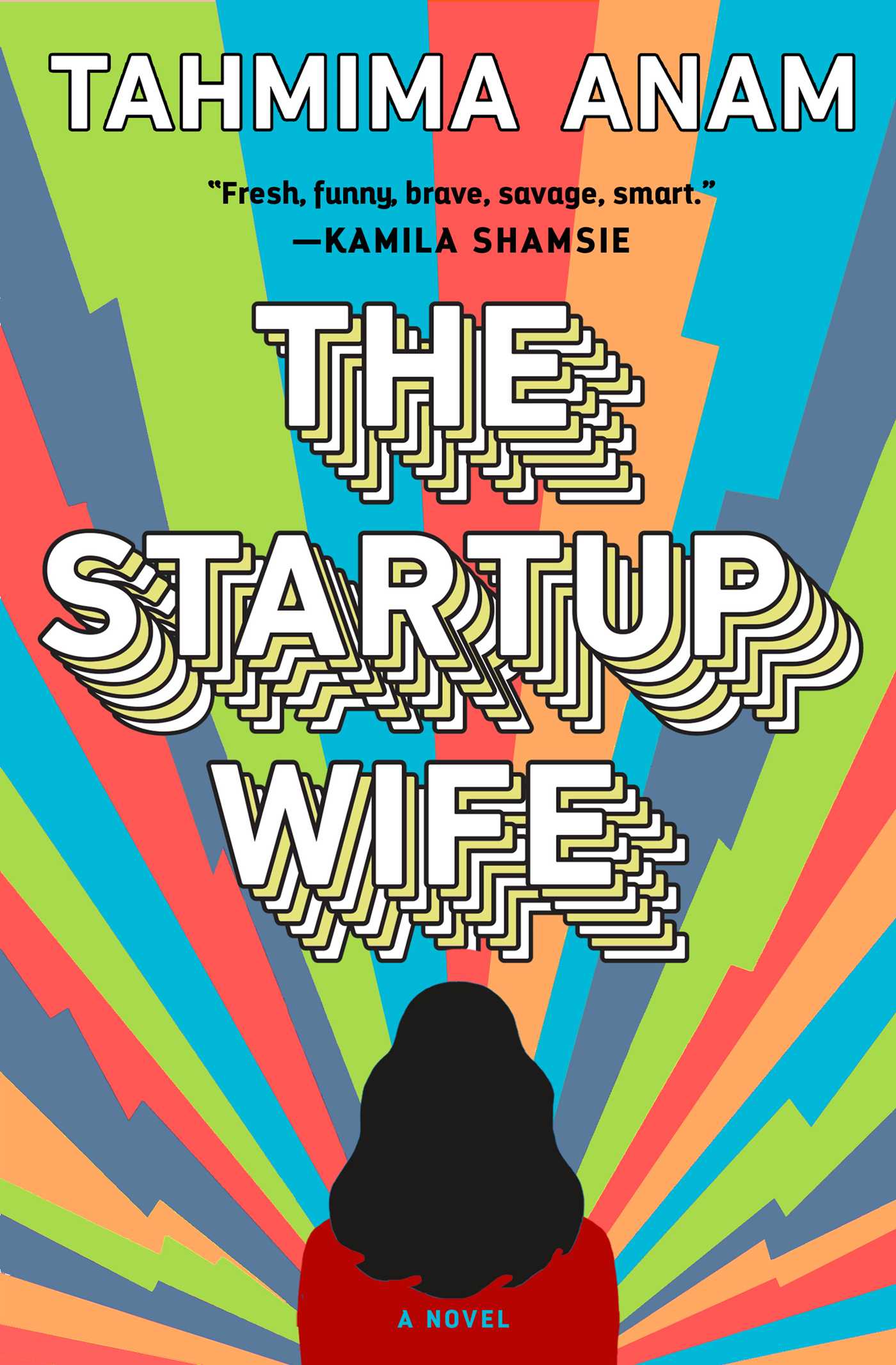 Check out on Goodreads
★★★★★ 5 stars
How I read this:
free ebook copy via Edelweiss

The story starts with Asha marrying her teenage crush, on a total impulse. And of course, she can’t believe her luck – not in the stupid “I’m unworthy” way, but in the way that she somehow got lucky enough to accidentally meet him again, when she was finally ready to fully be her own self, and not lost anymore in the teenage mires of self-searching that we all go through. Asha and Cyrus’ romance is lovely for sure, although you can’t shake the feeling that marrying so early into their relationship is risky at best.

But then Asha comes up with an idea. And it’s a really good one. It takes forever to talk her husband into it, but she and his best friend manage it – and the next thing they know, they’re in a startup rollercoaster, with Asha building the code of the platform, Jules overseeing development and marketing, and Cyrus, well… Being Cyrus. Things don’t take off though, until the charming Cyrus takes over as the spokesperson. And this is where the trouble starts.

Because we all know women, especially women of color, can be more than invisible in the world of business. And the public never really cares about who actually did the work – the public only cares about who’s on the first page. So somewhere between business decisions, late nights at work and A LOT of cashflow and investment struggles, Asha and Cyrus’ innocent love story starts to crumble and fall into the vortex of professional affairs, illusions of grandeur and other troubles that come with trying to build a huge and successful business from the ground up. Will their marriage hold up?

An image of the cover of The Startup Wife on a PocketBook Color e-reader, centered, with candy, jewelry and dried flowers around it, behind it a stack of books; Photo by AvalinahsBooks

The Startup Wife drew me in instantly. It’s written in a simple, flowing manner and what I loved is how it starts off with a story we all secretly long to have had – a girl who was a relative nobody in school, meets her huge crush from back when, except now she is suddenly not shy anymore, she’s blossomed, as the author puts it. They fall in love, and the best things about it is that she doesn’t have to have a “princess makeover” for that to happen, neither does she have to lie about who she is – instead, she sort of just comes into her true self. (I wish I saw this more in books, cause I would honestly need another post to talk about the BS princess makeovers and issues with them.)

The second awesome thing is that the crush isn’t some “insert romance good boy/bad boy” – he’s not the stereotype high school crush. He’s actually a really cool character, unique in his ideas and style, and you would actually probably like to talk to that person at least for a bit. And he’s decent – he’s certainly more decent than the bar for men tends to be. I really liked that.

Both the characters come across as real, smart, interesting people – they’re not perfect or idealized, they’re not stereotypical – they could be you or me, except… They also actualize that high school dream you and me probably didn’t actualize. It’s a pretty cool plot.

An image of the cover of The Startup Wife on a PocketBook Color e-reader, placed diagonally in sunlight, with pearly jewelry and candy around it, behind it some dried flowers and other books; Photo by AvalinahsBooks

As their venture takes off, there is a slight tension in the story, and you just know that it’s bound to somehow crash. And who else could get screwed over in the end, but

The Startup Wife was such an amazing book, but ultimately, it also made me really sad. Because isn’t it true that masterpieces are built on the backs of other people? It’s not only that It makes you really angry, but it’s the objective reality and I am glad this is being written. I haven’t read much feminist lit (precisely because I just can’t – it makes me angry, for days on end – because it’s designed to make you think about the unpleasant way the world works), but I’m also very glad that I read this one, and thinking that perhaps I should read more, anger be damned. Truth has to be spoken, even if it’s uncomfortable.

The Startup Wife is hip, but relatable – it's fun, but it also puts you face to face with the harsh truth of being a woman in the world of business and standing your ground. An absolute must-read: Click To Tweet

Okay, and for a bigger spoiler, so maybe click on the blurred text only if you’ve read the book… There’s also something to be said about the fact that I guess we can’t know that – until we’ve been tried by such an opportunity. And that makes you think.

And, for the end – this is also the first book, where the pandemic was acknowledged and was part of the story, although not a central part. I greatly appreciated that, because it’s been a while now and it’s good to see your reality depicted, and it’s good to face it, as a historical event, even though it’s still happening. For a while now I’ve been wanting to read about what we’re living through, but it’s still too fresh and those books are only just being written – plus, we still don’t know how it “ends”. But seeing it acknowledged – it made me realize I’ve been wanting that for a long time, without even knowing it.

The Startup Wife was an amazing read, and you absolutely have to read it. For women who have worked in newer companies, or possibly engineering and IT, there will be a lot they can relate to. There were times when I had those “oh, girl” moments when I was reading it. It’s amazing to be able to read a book and know, with your heart and soul, what the author means, and yet, at the same time know that it’s something only another woman will understand. It’s sad and it makes you angry, but then again, it’s also good to know you’re not alone, and that other women also understand this. And especially – that you’re not making it up (a thing even I have heard, despite working with very nice men.) That’s why The Startup Wife is an absolute must-read!

Getting married and then starting a business together – do you think that's a good idea? #TheStartupWife is exactly about that, and it's a feminist must-read: Click To Tweet