When I got this book off Edelweiss as a free download, I didn’t know if I’d like it. I don’t read a lot of thrillers either, but something in the blurb just hooked me. And it made for some good reading! For lovers of thrillers and conspiracy theories, it’s definitely worth a go. 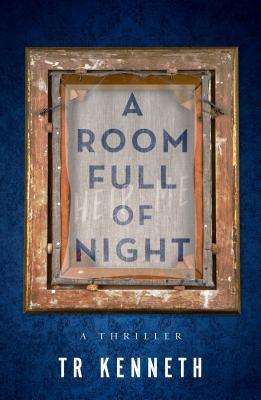 Two guys without a future, but a lot of regret about the past. Some beer and anger over a lost family business. And that old and very disturbing painting that has hung on the wall for as long as anyone can remember.

As it turns out, the painting might have been harboring a secret all this time. A dangerous secret. And those two guys really don’t know what they’re getting themselves into. Nor do they know that there’s really no way back after just one peek. Things swing into motion quite fast, and it’s strange how the main character grows on you – at first, he seems to be kind of a disaster, but as you go, you gradually find out about his tragic past, his strength of character, and how resourceful and cunning he can be. These baddies have really stumbled upon the wrong guy this time.

It’s incredibly readable! The text flows fast, it simply rolls under your eyes. I don’t read a lot of books that don’t dwell on events, but just move on instead, so I enjoyed the quickness and the rhythm of the book. What’s more, it just draws you in. Bigger and bigger hidden meanings and possible consequences come round, and you’re grappling to be able to follow the story.

It’s kind of a conspiracy theory book, and it’s a very interesting one. What if the denazification didn’t quite go through as well as it was thought to? What if the secret core organizations of SS still persist, in small covert groups, biding their time and playing people as puppets in the dark? It’s a truly terrifying thing to imagine. To think that all it takes for monsters to save themselves is money. Profits, and a lot of profits, at that. What if it’s actually true in the real world as well? That’s what this book is about.

I’m not one of those people who like watching WWII documentaries – and again, that’s because I’m sensitive as hell – they’re just too sad. And yet, I found the historical detail about the dark deeds of the nazis to be presented in a very interesting way in this book. They are dispensed in small bites, and explained patiently, so you will pick it up even if you don’t really know much about history. It might even be more interesting the less you know! At the same time, its not told in too much detail, which is good for a sensitive reader like me. Yeah, there will be death, of course, and some quite horrid cruelty, but it’s not graphic – it’s just mentioned. it makes it easier to read.

It’s Got The Right Vibe

Another thing I liked about this book is the vibe. It’s kind of got this hopeless, angry, but righteous vibe. You are aware of the fact that things will probably not end well for the main character, but you long to punish this vermin that’s also at least partially responsible for killing so many people out of pure hatred, or, even worse – pure cold calculation. You just end up championing the cause of the main character, gone rogue.

What’s more, it being a historical thriller, there’s the whole aspect of two stories being told at once. Even though we only get tiny glimpses into the life of a Jewish spy in the bedroom of one of the most evil men in Nazi history, her story is sad and poignant, and her effort to save what she can is heartbreaking. It makes you think – even if you know this particular story is fictional, you can’t not consider how many such stories might have actually happened in reality. How many women hid in the bedrooms of men they secretly hated, only because they hoped they could save at least a few hundred lives? I’m sure there were lots of these women who remain absolutely forgotten in history purely because of the nature of their secret work.

This was definitely worth a read. I don’t read many thrillers so I wondered if I’d enjoy it – but I did! The conspiracy theory was fine, the romance might have felt a little manufactured, but it wasn’t intrusive either. All in all, an alright slow-burn thriller.

It might be triggering, but it’s not graphic. Of course, this is a book about nazis, so naturally the holocaust will be talked about. But several chapters also deal with cancer and chidren’s cancer is mentioned. One of the characters suffers PTSD because of

I thank the publisher for giving me a free copy of the ebook in exchange to my honest opinion. Receiving the book for free does not affect my opinion.

Have you read any slow burn historical thrillers about WWII?