This book was awesome! So awesome, in fact, it was like a breath of fresh air in my several-months-long reading and blogging slump. It’s Moon Mission that got me out of my hiatus, because I was actually so excited to write the review!

Let me start with the fact that while it may be written with teens in mind, its certainly just as wonderful to read as an adult. I don’t reread many books, but I would love to read Moon Mission again and again. Rarely am I ever as invested in a book where I break my nails while picking at my clothing because it’s so tense about what’s going on in the spaceship, although I obviously know the outcome and have known it all my life. This book is an absolute must read – if you’re at all into space stuff, and especially so if you’re trying to interest your kids in it. It’s absolutely one of my best reads of the year! 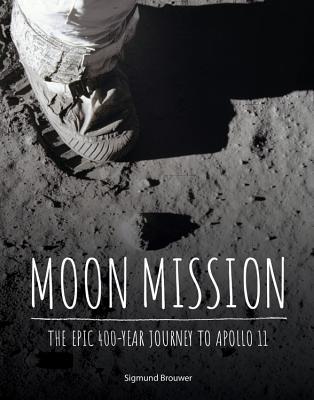 Moon Mission is an episode-by-episode tale of the Apollo 11 mission, or the first time man stepped on the moon. Of course, the real mission had no episodes, but that’s how the journey is presented to the reader, and that’s what brings it to life. That, and the fact that it’s told in the second person. Second person rarely works out in books, but does it work out in this one! It keeps you at the edge of your seat, because you become the astronaut. It’s both exhillarating and scary, because it keeps telling you about how you could blow up along with the rocket any minute now, and, in fact, all the other ways you might die in space and never come back to Earth. But it doesn’t skip the magic of the trip either! It’s also got so many random little facts about to share with you – facts you might have never known and ones you’ll certainly be interested to find out. I didn’t have a single boring minute while reading Moon Mission! 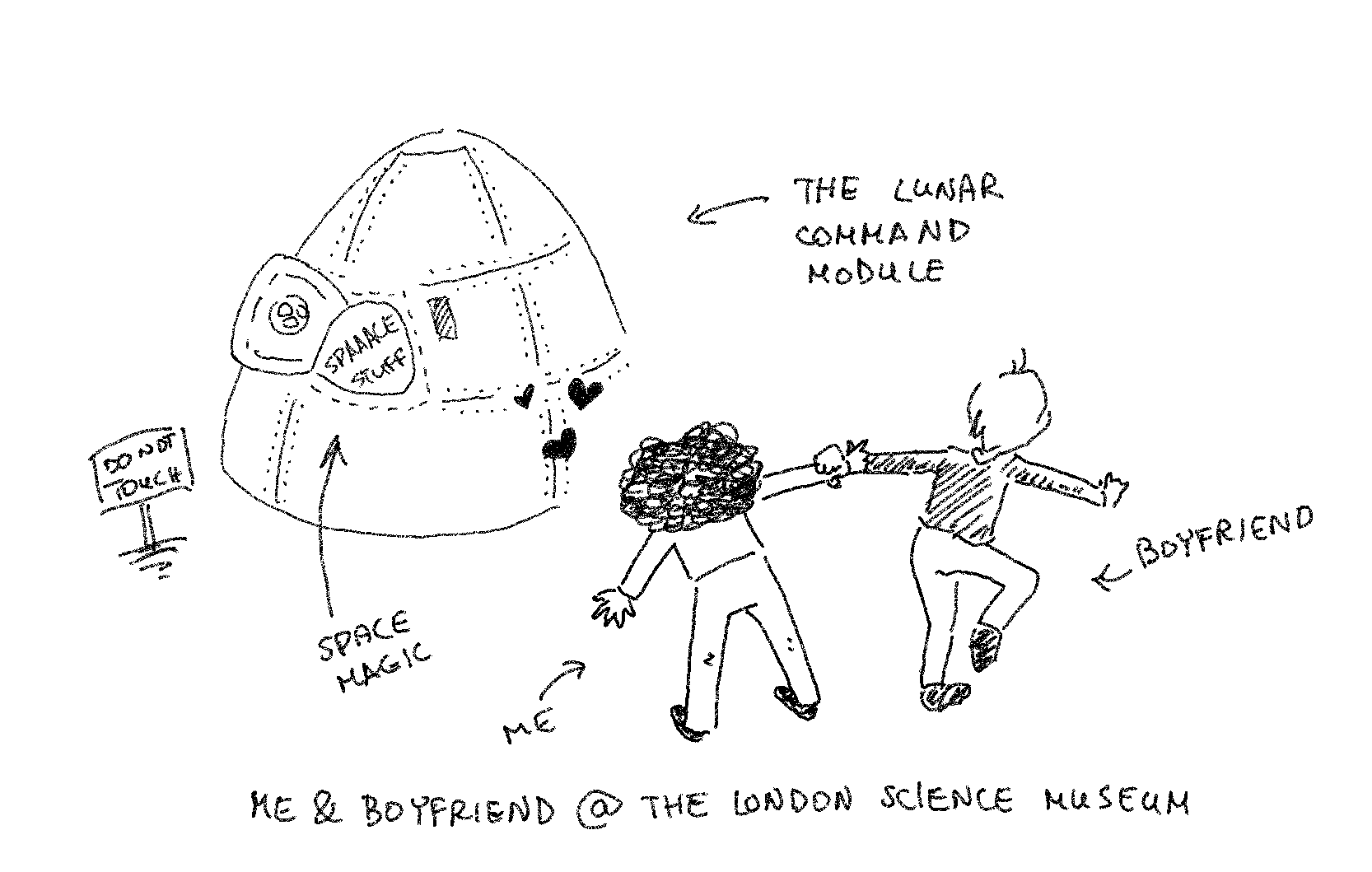 A pencil illustration of boyfriend dragging me away from the lunar command module model in the London Science Museum. There’s a sign that says “Do not touch”, and there seems to be space magic coming out of the module, and hearts coming out of my head

Moon Mission is Written With Teens In Mind, But Perfect For Adults Anyway

So you might have gathered that I read a lot of space books. Most of them are for adults though. Moon Mission was different – although it’s hard to put nonfiction into age groups, Moon Mission was meant for kids and teens. But what I find in it that I have failed to find in so many adult books is the descriptions! Adult books about space don’t shy away from getting into the nitty gritty and tech speak. Because adults won’t get bored, right? Wrong. I wish more space books had the lively and descriptive altitude of Moon Mission. I felt transported. Moon Mission puts you into the shoes of an astronaut. And it keeps putting you there as if all the tension they experienced during the ‘ride’ is actually yours too. This is more alive than any movie! But even more than that, it’s filled with all sorts of trivia from astronaut experience that you would have never guessed at and which I’ve never read or heard of anywhere else.

I wish more space books had the lively and descriptive attitude of Moon Mission. I felt transported. Moon Mission puts you into the shoes of an astronaut! ★★★★★ 5 stars Click To Tweet

Moon Mission Is Presented In A Truly Eye-Catching Manner

I loved the formatting! It’s full of pictures, granted – black and white ones, but they’re still absolutely amazing. I also liked the fact that all the explanations are simple, and all the numbers are presented in both American as well as European measurement units, so it doesn’t matter where you live, you can enjoy the book all the same.

The drawings were also amazing – especially the ones that explain the scale. Who of us truly knew the size of the rocket that took people to the moon? Turns out, it’s taller that the statue of Liberty. And when it was transported (upright!), air conditioning had to be placed in the 45 floor hangar – to prevent clouds from forming inside. How wild is that?!! This is the first book that has ever told me about any of this stuff. 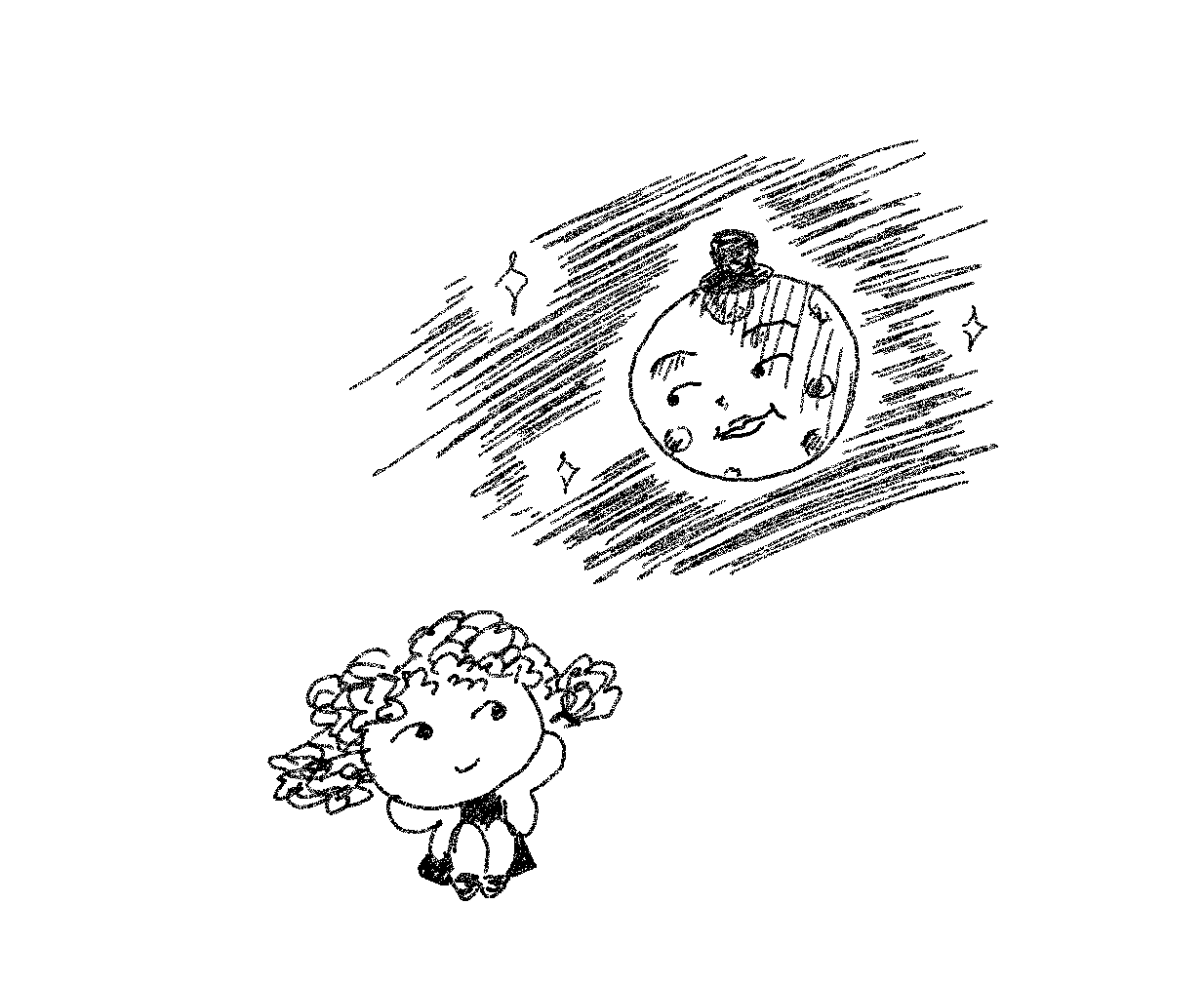 The Scientists Who Got Us There… And The Women Scientists, Too

But it’s not just about the moon landing. It’s also about how we got to the point where the moon landing became possible. Which means, there are little interludes and quizzes about various scientists whose findings made the trip to the moon possible. And that includes scientists from history as early as Copernicus or Galileo Galilei. What I loved in particular though, was that it also mentioned women scientists whose findings have helped, but who were failed to be recognized due to the atmosphere of the patriarchal scientific community of the time. The women scientists are mentioned quite frequently and some of them I had indeed never heard about. Moon Mission doesn’t forget to talk about the amazing Katherine Johnson, some of you might know her from Hidden Figures – an African American human computer who worked for NASA, and honestly made half those missions possible by calculating flight curves or angles, which is necessary for the astronauts to leave and come back to the planet alive. I can’t even tell you what it means to me, a girl who has ALWAYS been interested in space, to see women scientists mentioned here. When I was 5, I never thought I’d see girls in space books. It just feels so good. 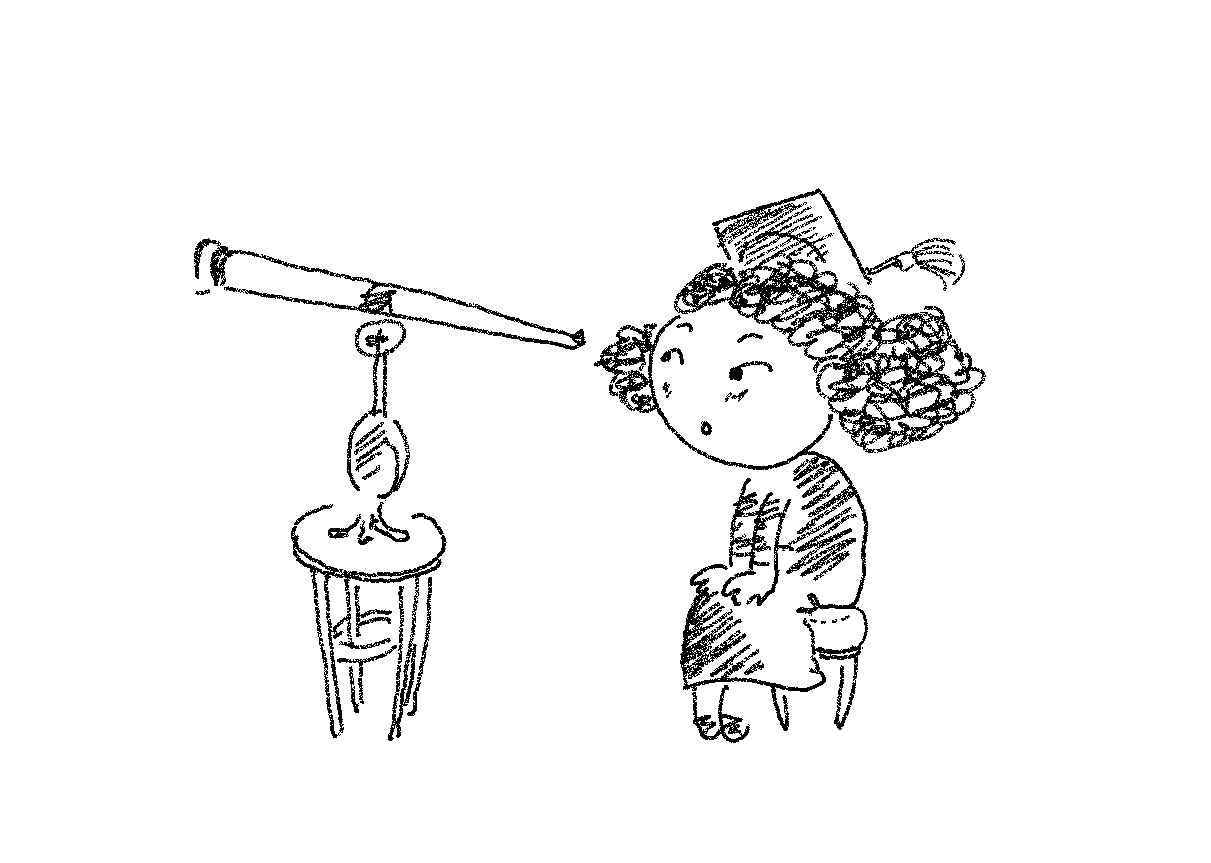 What About The Other Moon Landings?

Hey, one final thing. Are you aware of the fact that there have been SEVERAL moon landings? I would bet on the fact that not that many people even know this, because we tend to forget things that come after epic feats. Especially if they become routine. Apollo 12 put two more astronauts on the moon. But Apollo 13, while an unsuccessful mission, deserves books to be written about it, because it would make an amazing sci-fi thriller, except, you know… One that was real and not fictional? I say this because these astronauts returned to Earth due to some pretty epic engineering feats (which are also told about in Moon Mission!), and the odds were certainly not on their side. In fact, there is a movie about it which I’ll certainly have to look up, so there might be books too!

Picturing Apollo 11 (review here) and Project Apollo are both great for facts and photos, but as I mentioned previously, as adult books, they can bore you ever so slightly with all the dry facts. Picturing Apollo 11 really does have a wonderful selection of photos, but almost no text – basically only captions. You could get it as a companion for Moon Mission. Project Apollo talks about all Apollo missions and is great with the facts, but like I said, it did bore me a little. Now, Endurance by Scott Kelly (review here) is something I can truly recommend! A book by a real astronaut, about his experiences living in the ISS, or the International Space Station. Come on, I know you want to! It’s a great book. And Interplanetary Robots is all about those little mechanical critters that went to space so we didn’t have to. It’s also great for facts, but if you’re not an absolute space dork, it might also bore you a little. All good books though, you just need to know what you’re looking for!

I thank the publisher for giving me a free copy of the ebook through Edelweiss in exchange to my honest opinion. Receiving the book for free does not affect my opinion.

Do you know a lot about the Moon Mission? And do you like reading books about real space travel, perhaps even with your kids?