So when it comes to being a lady, we all know what we have to do. We’ve all been raised in proper society. Basically…

Except, you know what?

So today, we have a slighly different post here on AvalinahsBooks. We are going to tell you about How To Be A Lady And Win At Adventuring™. And who is this ‘we’, you ask? Well, this is very exciting! Specifically for this purpose, we have a specialist on these matters over as a guest! Her name is Joanna Kafarowski, and she is none other than a female adventurer herself, a brave traveler to the North Pole! (I know, I am impressed too!)

Joanna is here to tell us more about these spectacular women who broke the stereotypes of their time, which belong almost just as much to our time as they did theirs. So without further ado, welcome Joanna onstage!

Quick! Name three famous woman explorers or even any woman explorer at all. Sadly, the chances are good that very few people can name even one. Mary Kingsley, Isabella Bird, Gertrude Bell, Alexandra David-Neel, Freya Stark, Dervla Murphy, Christina Dodwell, Kira Salak… the list goes on and on. For readers who gravitate to the travel literature section in bookstores and who love diving into daring adventure stories, there are many excellent books but the vast majority are by and about men. Why are there so few books in print about women explorers? This was a question that resonated with me years ago and it was something I was determined to do something about. So I was delighted to receive a kind invitation from Evelina to write about books on women explorers.

Everyone has a weakness, right? My particular passion is polar exploration. In a previous life, I was a university lecturer specializing in women and natural resources in the Arctic. I had already worked extensively with Inuit women in the North and got to do fun stuff like following the reindeer herd with a female Saami herder in northern Finland and gut fish with a woman’s knife called an ulu above the Arctic Circle in Norway. I even participated in a Last Degree North Pole Expedition (Evelina’s interjection: I know right??!??!?!? A woman who basically runs with the wolves is guest posting on my blog!!) But when I started looking for books about women polar explorers, they were few and far between.

When I first heard the name “Louise Arner Boyd,” I learned only that she was an American polar explorer. There were a few children’s books about her but nothing else. This enigmatic woman stuck in my brain and slowly but surely, I began researching her life and her obsession with the Arctic. Like her, I was a geographer and I understood her drive to go North because I shared it. This has led, ten years later, to my soon to be published biography The Polar Adventures of a Rich American Dame: A Life of Louise Arner Boyd. 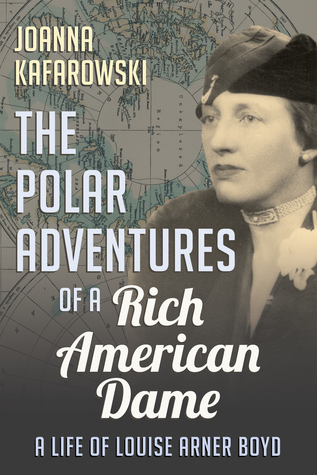 Over a period of ten years, I criss-crossed Scandinavia and North America in search of this elusive woman. Everything I learned about her only intrigued me more. California-born socialite Louise Arner Boyd was born into a wealthy family financed by the gold rush. Inheriting a fortune when in her early thirties, she began leading a double life. Between 1928 and 1955, she organized, financed and led seven expeditions by sea to Greenland, Svalbard and Franz Josef Land. (Evelina’s interjection: I am pretty much seeing Pullman’s series here, except… in reality.)

Her bravery and scientific contributions won international renown and she received honorary degrees and awards from Norway, France, Sweden, Poland and the United States. Upon returning home to the United States, she maintained an active life as a society woman actively involved in her community. She poured her personal fortune into expeditions aimed at advancing modern science and satisfying her own profound curiosity about the North. Despite the high regard in which she was held by other explorers and scientists during her lifetime, Louise Arner Boyd paid a heavy price and her extraordinary life has largely been forgotten today. The Polar Adventures of a Rich American Dame A Life of Louise Arner Boyd is the first comprehensive biography of a female polar explorer.

Two other wonderful biographies of female explorers have been published this year. The Extraordinary Tale of Kate Marsden and My Journey Across Siberia in Her Footsteps (Adventuress Press, 2017) is written by British writer/adventurer Jacki Hill-Murphy (Evelina’s interjection: would you believe how much nobody cares about these awesome women?? I had to add this book to Goodreads myself!) Kate Marsden (1859-1931) was a British nurse, explorer, writer and missionary who undertook a hazardous journey across Russia to Siberia in a heroic search for a cure for leprosy. Hill-Murphy skilfully intersperses her own exciting modern-day journey tracing Kate Marsden’s path with Marsden’s life story. Hill-Murphy is also the author of Adventuresses Rediscovering Daring Voyages into the Unknown (Adventuress Press, 2014) which investigates other explorers including Isabel Godin who travelled the length of the Amazon River in the eighteenth century. 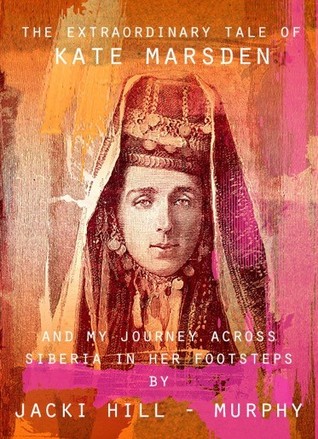 Trailblazing American mountaineer, educator, suffragist and journalist Annie Smith Peck (1850-1935) is featured in the aptly named A Woman’s Place Is At the Top (St. Martin’s Press, 2017) by Hannah Kimberley. During her lifetime, Peck’s claim to fame was her ascent of the Matterhorn at age forty-five, although this was due to the fact that she was wearing pants rather than because of the athletic feat itself. At the age of sixty, she scaled Mount Huascarán in Peru and continued to climb into her eighties. Kimberley adopts a more scholarly approach to her subject through an exhaustive examination of Peck’s life as an unconventional pioneer. 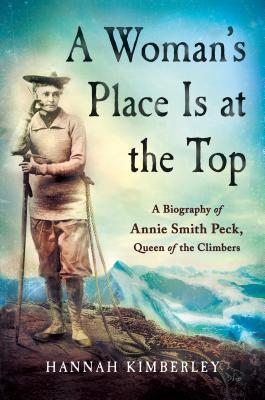 Louise Arner Boyd, Kate Marsden, Annie Smith Peck are just a few of the audacious women explorers who lived life on their own terms and whose remarkable lives and accomplishments are now shared with the world through these three biographies. If you have been inspired by Louise Arner Boyd, you can order her biography on Book Depository here, or on Amazon here (buying from book depository through that link will also contribute to this blog.)

There are so many other women’s lives waiting to be uncovered. Who will you learn about next?