When I picked up It’s the World’s Birthday Today, to be honest, I didn’t know who Flake, the author, was. Of course I knew who the band Rammstein were – I grew up with their music being quite popular with the rock crowd. But they were not a band I’d ever listened to, personally. I was a rock chick too, but more of an indie rock chick. I preferred softer music and imagery, and Rammstein does have quite a heavy sound, plus their horror-inspired performances.

However, I will never pass up an opportunity to read a book about a day on tour as a famous musician! It’s always so interesting to get a glimpse at the life of a person whose day to day life is so very different from your own. So I gobbled up the book and it turned out to be an amazing read. (I didn’t just like it – I loved it, it’s a solid 5 star read.) I can definitely recommend it, and here’s why. 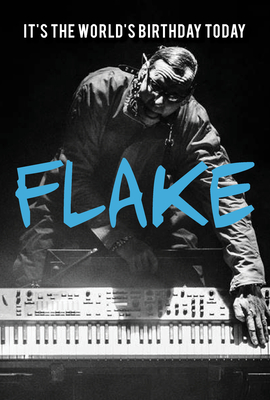 Check out on Goodreads
★★★★★ 5 stars
How I read this:
free review copy from Edelweiss

It’s the World’s Birthday Today is a very approachable book full of friendly humor by a famous musician, the keyboardist of the German hard rock / industrial metal band Rammstein. It’s a steady stream of consciousness about what’s it like to be a middle-aged rock artist touring the world with your quite unusual band, with musings about living life when people know who you are, what that changes and what it doesn’t change, and all about what having creative freedom with your music is like. Flake presents the band’s history, interspersed with tiny anecdotes of tour life, and all that – with a healthy dose of humor. Everything is presented in quite a cinematic manner and it makes for an amazing read.

It’s As If You’re Reading A Friend’s Blog. And He’s Very Funny Too..?

What I loved about It’s the World’s Birthday Today the most was that as I was reading it, I felt more and more like I actually know this guy. He was just so relatable, and there are quite a lot of little weird things that he and the band does that I could really relate to! Is it just that artsy people do this, or is it simply that nobody talks about it? (Or are me, my family and all the Rammstein guys literally the only people in the world who use invented funny words as a regular thing..? Cause everyone I know claims they’ve never heard of this ridiculous practice. Which totally makes life better, by the way, you should try it.)

Flake’s sense of humor is also very good, which makes reading the book fun. His stream of consciousness writing is very whimsical in just the right places. He carries on with such abandon and self-deprecating humor that you just can’t peel yourself away from it.

The history of Rammstein + life on tour and backstage + humor = THIS BOOK. You want to read it. Click To Tweet

Like, don’t you just love to hear that Flake reviews his own songs before a tour from Rammstein cover band recordings on YouTube, cause they happen to be the best quality? He’s also constantly poking fun at things like “unfortunately, the skinheads like our music” – I mean, who could have figured?

And things like how backstage life is actually much less glamorous than we’re bound to think… Or how musicians sometimes have to board flights with essentially dwarf costumes and stage dirt on their faces just because they were filming a video late (you honestly have to read that one for yourself…) It’s a wonderful book! I think I might be rereading it someday. Flake’s a guy you just want to keep hanging out with.

From band shenaningans to funny quirks, Flake is a guy you just want to keep hanging out with. And that's why you'll want to reread this 5 star book for sure. Click To Tweet

What’s It Like To Be In A Famous Band?

It’s the World’s Birthday Today is full of tidbits of a musician’s life that were very interesting. Like the logistics of actually being in a band and doing gigs.

But what I liked best is how it just shows you that famous people are just like normal people too.

I loved the parts where Flake talks about how he’d take a taxi to his own concert because he was pressed for time, and the taxi driver wouldn’t believe that he’s in the band and wouldn’t take him to the artists’ entrance. Because people in a famous band just don’t take taxis to their own concerts. As if that’s unheard of. Because they’re somehow not just people like we all are. It’s always nice to see these myths about famous people deconstructed.

Flake describes both how the band was created and went through its history, as well as how the band is living now and what happens on tour. The tour part was nuts! Flake himself says something like, “I don’t know what I’m doing here at an age when most people are getting ready for retirement, but it’s fun.” And indeed, what they’re doing is, uh… Getting “cooked” in a pot, getting a flame thrower shot at you, getting your arm “put on fire” – all this wild stuff. 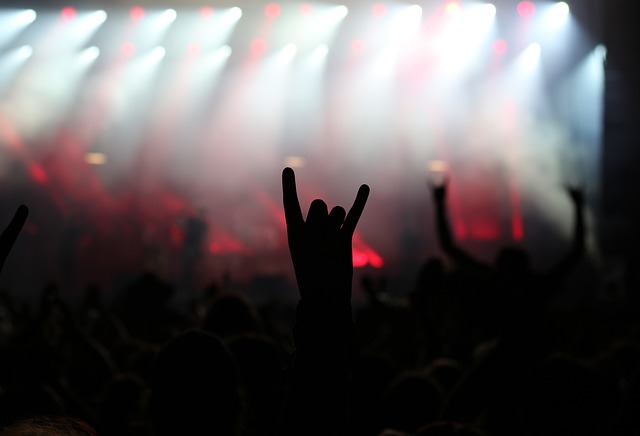 An image from a rock concert with lights, smoke on the stage in the distance, and a hand raised in the ‘sign of the horns’ by a fan. Image courtesy of Olaf Jouaux from Pixabay

Of course, it’s stage pyrotechnics and all that, but if you think it’s entirely safe, then you should read Flake’s descriptions. I don’t know how those guys manage to find this fun! I guess you have to be in a heavy rock band to feel that way. But reading about it was certainly very interesting – those were just some things I could have never imagined myself.

It’s a life that’s incredibly remote from the way I live mine, and those experiences are always the most interesting to read about.

Famous musicians are just people like you and me. Except these guys routinely set themselves on fire. Oh, and it's a lot of fun to read about! Flake's memoir of his times with Rammstein: Click To Tweet

This Is A Down-To-Earth Story, Not A Top Hits Documentary

Another thing that’s wonderful about It’s the World’s Birthday Today is that, well, it’s not full of itself. You know how band memoirs or documentaries will sometimes be all about how wonderful this or that was? How genius the songs are? Well, this book is not like that.

It’s very simple, and it discusses the songs in a very down to earth manner (with Flake’s typical self-deprecating humor, of course). I really enjoyed this – especially when I looked up the songs later to see what it was all about. Flake does have a nice way of describing their music and the artistic decisions they made, where they came from. You can tell of how much work goes into making music.

And you know what, after I finished the book, I listened to a couple songs.

And they’re actually pretty good! I mean, that’s got to be the first instance of someone reading a book and then starting to listen to someone’s music because of the book. It’s got to be the most ridiculous thing ever.

Here. Have a song! My personal favorite of theirs.

I had a really good time with It’s the World’s Birthday Today! Surprisingly so, considering I never listened to their music before. I stayed up a few times during the night reading it for sure, and Flake’s sense of humor is just priceless, you have to experience it. If you like reading about music and unusual jobs, this is the book for you. Recommended!

I thank the publisher for giving me a free copy in exchange to an honest review. This has not affected my opinion.

Have you read any interesting band memoirs?
Feel free to recommend me one!