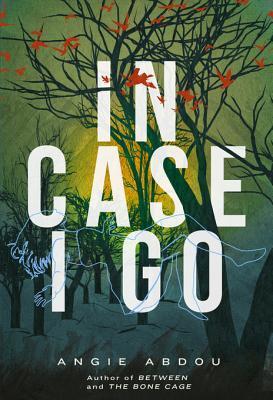 In Case I Go caught my eye instantly. The blurb makes you feel like it’s a book struggling with its identity – should I be a horror? A historical novel? Just a contemporary with magical realism? AND I LOVE THIS. Mixtures between genres make the best stories! If you’ve stumbled upon a book you can’t place in a certain genre – ALWAYS GRAB IT, and that is the rule – unless you want to keep reading generic predictable stories?

Eli is a ten year old boy, born prematurely, homeschooled and raised basically as a small adult. There are many problems with Eli’s family – his parents drifting apart, drinking, finding other lovers. But the biggest one of all isn’t quite that. His parents just won’t let Eli be a child. On the other hand, he doesn’t really think or function as a child either. He’s like a 40 year old, trapped in a child’s body… And this is where things get interesting. Where you start wondering if things are the way they are, if Eli is who you think he is.

As Eli moves into the old family hometown his parents just moved back to, he meets Mary, a neighbour’s niece. But Eli is such an unreliable narrator… After all, he’s just a ten year old troubled child. We start realizing that Eli hasn’t just met one Mary. He’s met several… And the worst thing is that he can’t tell who is who, including himself. Why does he suddenly have these strange memories of a grown up? Why does he long for a ghostly woman who, he knows, isn’t quite real, isn’t the same Mary he’s met at the neighbours? This is where the story gets wonderfully convoluted. Not everything will be answered, but it’s perfect that way. It keeps the secret.

And Eli changes. Perhaps that’s why he’s never been quite like a child. Perhaps that’s why he was born so battered and broken that he barely survived. We learn how lives are connected in weird ways, and it’s all about heritage – native American heritage, Muslim heritage, Italian, Polish… You name it. I loved how the author treated these particularities. Collision of cultures, secrets, how badly the white society messed up in dealing with anyone else that’s not like them. The hurt, the racism, the severance of cultures. I loved this book for that.

(okay, so it’s very hard to find a Native American GIF that’s not made with Blingee!)

In the end, all I can sum this up into is that it’s not horror, it’s not a thriller, and yet it’s also not young adult or contemporary. It’s impossible to place and that’s why it’s beautiful. It’s wistful, it’s sad. It’s a love song to all the souls lost in the transition of “culture”, from native to forced westernization, the loss of values. Cultural defilement of the natives.

I loved this book, but… There is only one quibble I had with it and I must mention it, but it’s a detail, not much related to the story. I’ll put it in a spoiler tag.

So despite that little spoiler there (which isn’t really much of a spoiler), I truly and wholeheartedly recommend the story. It’s very emotional, it’s worth your time and empathy. I know I’d love to read something by Angie Abdou again!

I thank Angie Abdou and Arsenal Pulp Press for giving me a free copy of the book in exchange for my honest review.

Do you like books that don’t belong to any particular genre? Could you recommend me some?