The Chicken Sisters had such an interesting premise that I couldn’t resist it. Two competing restaurants – two sisters in management, the restaurants themselves also founded by two sisters, over 100 years ago. And a reality show in which they battle it out.

Moreover, I wondered who’d win! Or would this be one of those stories where there is no winner and the real prize is that once again, everyone’s a family?

I needed to know. Plus, I’d never heard a premise like this before! I simply couldn’t walk past it and hit the request button for this book. So while it seems the publication of The Chicken Sisters may be pushed till winter due to the current world situation, I am still publishing the review now – believe me, it’s worth it hitting that pre-order button on this one! 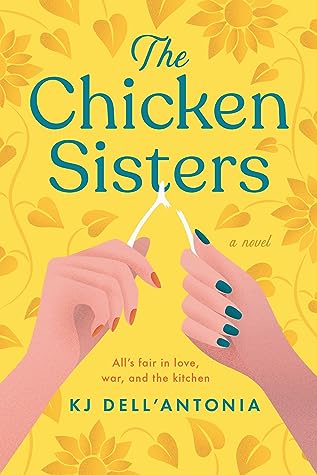 Check out on Goodreads
★★★★✬ 4.5 stars
How I read this:
free review copy on Edelweiss

Amanda and Mae had a tough childhood. A hoarder mother, no father and financial strife. Mae had to grow up fast and be the sister-mom, and Amanda was left to figure out what she’s even supposed to be on her own.

But the sisters loved their mother. And their mother ran one of the town’s famous little chicken restaurants. Unfortunately, all children grow up, and once Amanda and Mae did, the family was blown apart by a great rift.

Amanda married the competition. Mae just left the town behind to embark on her own TV career. Their mother was left to fend for herself.

Many years later, Amanda is now a widow and is helping to run the other chicken restaurant. But both of the restaurants are struggling. So she decides to write the Food Wars reality show and try to win a chance to participate. After all, two restaurants run by family members is a great idea for a show – and the prize is big. All that’s left is to somehow make her mother (who won’t even let her in the house) participate, and somehow keep her annoyingly perfect sister Mae from coming back to run the show. Easy peasy. Or at least Amanda wished it was…

I Devoured This Story In A Day Or Two

The Chicken Sisters reads really well! Like, I don’t know why I wasn’t aware of this, uh, genre (?) existing before?

I can’t even say it’s a genre, but what I mean is books that go into either women’s relationships or women’s life progressions, achievements. The problem is, “women’s” lit often gets lumped into romance, and I tended to avoid romance before a little while ago, so I think I simply just never discovered these books.

And sure, sometimes there’s romance involved, and that’s fine – what I like about these stories though, is that they don’t center on the romance. Instead, it about a part of a woman’s life, some hurdle, decision or happy but exhausting part of her life that she’s going through.

Lately I've been finding so many good books narrating women's lives, without the focus being solely romance. One of them was The Chicken Sisters and here's why I recommend it: Click To Tweet

And The Chicken Sisters is one of those books. I got into it right away and the pages just melted under my gaze, it seems. 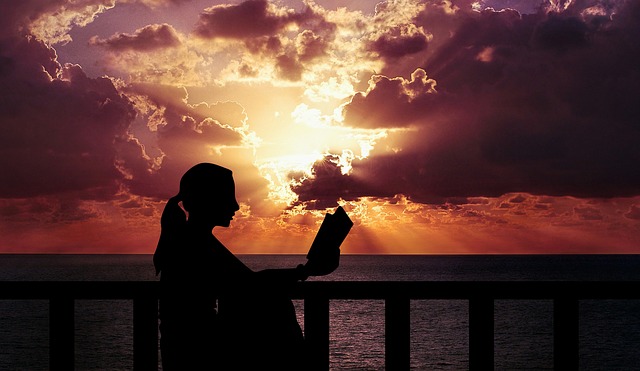 An image of a woman reading at sunset near a lake or sea, courtesy of Mohamed Hassan from Pixabay

The Chicken Sisters presents you with two very different characters – sisters Amanda and Mae, with a rocky history – the older Mae who took up the work of “the younger mom” and tried to make life yield to her control to the best of her ability, and the younger Amanda who never understood why things had to be so complicated and just wanted to follow her heart.

Raised by a mother who could have seriously done a better job, they interpreted many things very differently from each other and that raised many problems. Many years and not nearly enough reconciliations later, the family meets in the most unexpected setting – a reality show being filmed in their restaurants to try and decide who’s doing a better job at it.

Two very different sisters, two restaurants – and family matters being battled out in front of a TV camera. That a good enough premise for a book? I think it is! The Chicken Sisters, ★★★★✬ 4.5 stars: Click To Tweet

I Really Liked How The Characters Were Fleshed Out

I liked both the main characters, even though they couldn’t have possibly been more different. Amanda, the youngest sister, is naive and kind of innocent, a simple person who loves her family and just wants to make things work. She has a lot of resentment towards her older sister and doesn’t really understand why she is the way she is.

And the way Mae is, is basically a control freak. What Amanda doesn’t understand though, is that that was the only way she could have got through her childhood, and brought Amanda along with her.

Only one year apart, it feels like the sisters belong to different generations based on how they’ve had to grow up. So perhaps both of them will have to realize why they’re like that – and maybe they’ll be able to put their differences past them.

Unfortunately, before things get better, they’ll have to get a lot uglier. A mistake here, a misunderstanding there, and soon the sisters have a true war raging between them. Of course, that’s what the TV show might want, but is it what they want for themselves and their families?

The Chicken Sisters fleshes out two very different characters – Amanda and Mae, settling their differences on a restaurant battle reality show. A riveting story and a quick read: Click To Tweet

Not only did I like the sisters themselves, but I also liked how their conflict was written. It’s in third person, but changing perspectives – so every other chapter, you get to hear the other side of the story. And I really couldn’t choose which side I’m on!

I guess you could say that’s a realistic conflict – rarely is it ever that one side is completely in the right, and the other one – in the wrong. It’s mostly just a matter of perspective, and you never know what was truly behind some of the things one of the people may have done.

So it is with the sisters’ conflict. It’s convoluted and complicated – over the years, small slights and misunderstandings have cropped up and laid the groundwork for a lot of resentment. Which all flowers and blooms straight in front of the camera – yikes.

Family conflict in The Chicken Sisters is written so well – you get to hear both sides of the story. And I really couldn't choose which side I'm on! ★★★★✬ 4.5 stars: Click To Tweet

I don’t think I’m going to spoil anything if I say that I thought the resolution was just perfect. I am a naive reader and I didn’t see it coming till it was nearly time for it to be unveiled, so I wonder what other readers will think! But I enjoyed it (and I DO think it makes for good TV!) It was an enjoyable, roller-coaster kind of story and it definitely left me satisfied.

The Chicken Sisters was a great book. I hope to read something like this again soon! It kept me on my toes and I finished it in a few days’ time. It constantly made me question moral issues and the family drama, and I appreciated all the characters. Definitely a book you should read, if you enjoy women’s fiction – or just good fiction in general. Recommended!

The Chicken Sisters is a sibling rivalry and family reconciliation story that kept me on my toes and I finished it in a few days. Definitely recommended! Click To Tweet

Have you read any good sibling rivalry stories recently?
What about some novels where food is the main axis of the story?