It took me almost half a year to read Angie – but that’s not because I didn’t like it. Angie is one of those books that grips you to the heart, and you just somehow know it won’t exactly end well. Poignant is all I can call it, because while the ending completely flooded me with #feels and broke me, it also left me with a feeling of deep meaning and left me thinking about it for days. Let’s just say that the friend who recommended this to me knows me well (I’m looking at you, Jane.) 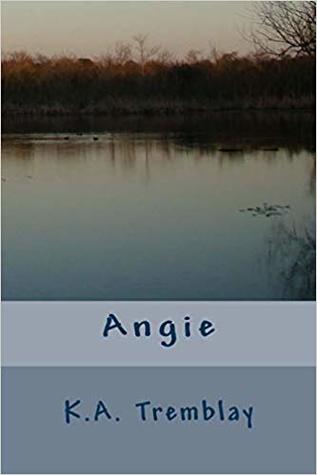 Angie is a very approachably written coming of age story set in the 70’s. David, a high school freshman is struggling with walking on eggshells because of a bipolar mother, trying to balance being madly in love with a slightly older girlfriend who sometimes does drugs and trying to work out how he even fits into the picture of being in such a new and somewhat wild environment. David appears to be older than he actually is, and perhaps that’s why Angie falls for him – a thing that he constantly doubts, because what teen doesn’t? What David doesn’t know is that he has just started perhaps the most formative year of his life, and he will always remember it.

Easy To Relate To

This book was very easy to relate to. My teenage experiences with parents, even if they were not bipolar, seem to be quite similar to David’s – or at least they definitely feel like it, sometimes unpleasantly so. Being a teen in love is also written very well. Again, sometimes unpleasantly so, because of all the angst, of course. And that’s what essentially made me read this book for so long – I kept stopping all the time and had to take ‘time off’.

But I really liked the main character. Despite being only 14, he comes across as prematurely wise. And somehow, you don’t even care about this too much – so what if you’ve never known a 14 year old like that. He’s just pleasant to read about and seems to give the book an air of stability in what seems like a pretty chaotic world. Then again, the main character also seems to have learned to walk on eggshells while growing up, so that might be where his premature wisdom is coming from – raised by a manic depressive or perhaps bipolar mother, he learned to be careful early. All of this makes him a really nice character to read about. He had a calming presence for me.

Something I really liked about this book was the way being in love as a teen was portrayed. David is very young – only 14, so his being in love isn’t very sexual – it’s quite an innocent sort of love, at least at first – and it’s cute to read about that. Obviously, eventually it morphs to be more sensual, but it retains the innocence of teenage love – the way it’s almost not portrayed in the media anymore these days. That you can care and be close to someone without crossing a boundary. And that being ready or not ready for certain levels of intimacy is a question to think about – especially for teenage boys. The media makes us assume guys are supposed to just move along and be ready, but who has ever asked a teen if they are? I mean, really and truly asked, without the peer pressure and all that? And would today’s teens be able to give anything but the expected answer?

However, the book doesn’t just deal with being a teen in love. There’s something about Angie, and it’s got a lot to do with the fact that she lost her brother in Vietnam and her family has never been the same again. She also has a pothead friend Charlie who connects her to her lost brother. Charlie is trouble, and David worries about Angie and her relationship with him all the time. However, for Angie, it seems this friendship is very important, so David can’t even imagine interfering and reins in his jealousy. But it keeps coming up and it worries him. What if pot isn’t everything? What if it isn’t about Charlie?

What I liked about Angie’s portrayal was that she wasn’t the typical teenage girl with a drug problem in a book – you know what I’m talking about. The typical teen that’s on drugs in books is knowledgeable in sex, bad at studying and has an attitude. And usually wears a lot of make up. Seriously, so many books have this exhausting stereotype – but this one doesn’t. Angie is a troubled, sensitive, talented girl. Just a normal girl. Who dresses like everyone and doesn’t express any really questionable behavior. She doesn’t have an attitude. She’s just a girl. A real person. Humanizing people with problems is really important, and not only because readers are tired of the boring stereotypes. Angie is a realistic person, and when reading, you realize that this could happen to any of us. The same could be said about some other side characters who also have depth like that. I really enjoyed that and it is proof of good writing.

This book was certainly worth a read, although it was hard to get past the things that kept triggering me at first. But after I consistently got into it, the story touched my heart and I kept thinking about it well past having finished it.

Angie is one of those books that grips you to the heart, and you just somehow know it won't exactly end well. Poignant is all I can call it! ★★★★✬ 4.5 stars Click To Tweet

Of course, we’re talking serious triggers in this one. A bipolar mother proved to be very triggering for me. Then there are teens with addiction problems (marijuana and more serious drugs), as well as sibling death and Vietnam. Angie also suffers from huge neglect and lack of love on her parents’ part.

I thank the publisher for giving me a free copy of the ebook in exchange to my honest opinion. Receiving the book for free does not affect my opinion.

Have you read any sad teen love stories or coming of age stories where bad things have to happen for the character to grow?