You might wonder who The Radium Girls were…. They were called The Girls With Radioactive Bones. There were newspaper headlines such as ‘Living Dead’ Win In Court’ about them. And all that – almost a hundred years ago. 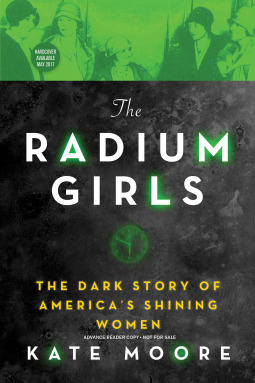 I’m going to tell you a very painful, sad, but strong story of fighting for your rights, for justice, for your honor even. So let’s start.

If there was ever a time that I wanted to believe the Christian hell with burning pits of fire, it would be when reading The Radium Girls. It’s because you can sell anything. You can make people believe the worst poison is a cure. You can sell other people’s lives. And in the process, sell your own soul. And that’s what the burning hell is there for.

So if you still haven’t heard what The Radium Girls is about, let it be my pleasure to enlighten you.

Back in the early 20th century, people didn’t know a lot about radiation. Rather, they did, but they didn’t have a habit of sharing information, like we do now. Which is why it was thought that radium, a highly radioactive substance, was in fact good for you. Because it sold well. Because any miracle cure always sells well.

So nobody even batted an eyelash when radium dial clock factories sprang up and started hiring young women to paint in their studios. Not wearing any protective suits. Putting the radium-covered brush straight into their mouths. Ingesting the radium. Like they were instructed. Because ‘the radium is good for you’. It will put rosy cheeks on you. 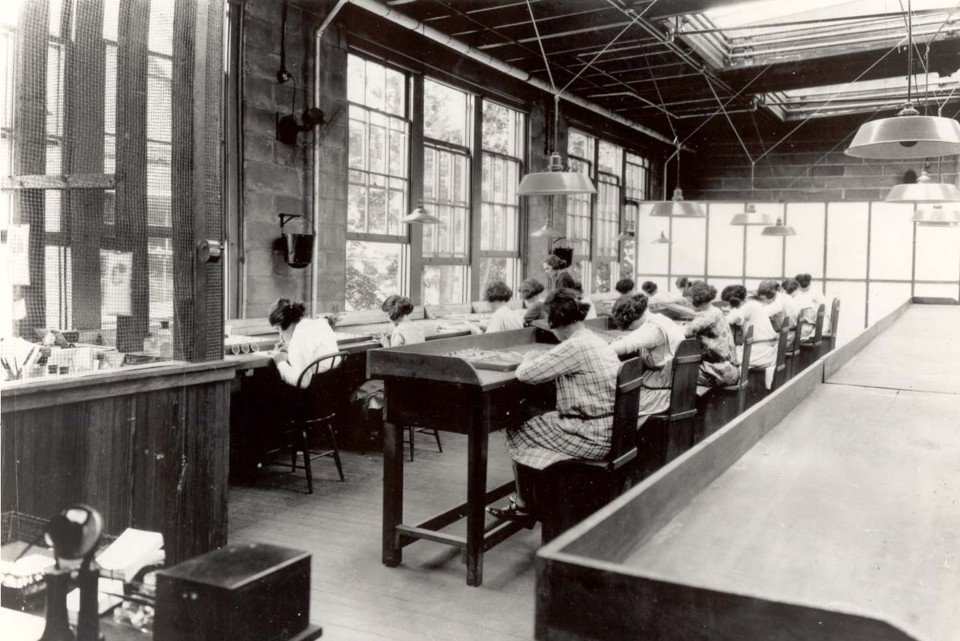 The radium girls working: photo courtesy of The Atlantic

It’s not that they didn’t bat an eyelash, really – they were actually even jealous of the girls, of their shining clothes and shining hair – as they returned from work. All covered in radioactive, glaring radium.  Like a fairytale curse – enchanted pixie dust, that will bring you happiness, a fortune, that will make your position coveted and make every other girl jealous of your angelic glow. And yet, coming with a price akin to the fairytale one, where you have to give away your firstborn. Which was also what some of these girls pretty much did.

Unfortunately for them, back in the 1920’s, the US government wasn’t too keen about interfering with companies. So when they started dying horrible, torturous deaths one by one, dropping like flies, nobody intervened. They were called names. Liars. They were said to have died of sexually transmitted diseases. All the while suffering the worst kind of physical pain, because… the radium was literally in their bones. So much so, that decades, hundreds of years after we’re all gone, the remains of these girls in their graves will still glow and emit radiation. 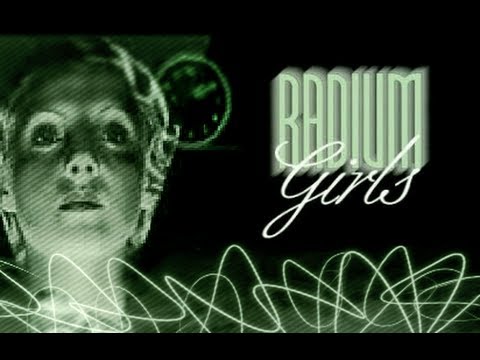 So this story is about how these poor, brave women fought for justice, for at least a little bit of honor in the end of their lives, and for the ones after them. For all of you. Because this is why you can now boast some safety in your jobs. This is why you are not forced to quit when you get sick. It’s also why your bosses are not allowed to blatantly lie to you if they make you work with dangerous substances. And especially as women (if you, reader, are one), you have a lot to thank these girls for.

I could say so much about this story. In fact, I could quote the entire book. But that would kind of defeat the purpose of you reading it, wouldn’t it? Which is what I must urge you to do, because you must know. You must know how much pain it took for our lives to be paved the way they are, to build up to this point. This is the least we can do for these girls – hear their story. Say a prayer for them. Remember the radium girls.

The women we meet in this book are all so exceptional, bright, warm, cheerful. The way some of them fight this incredibly crippling condition they’re faced with was so inspiring. And heartbreaking, at the same time. This book doesn’t read like like non-fiction, for starters! You will be drawn into the story instantly, you will even cry. Some of you – more than once. You will curse the people who did this to them, even though they knew what they were doing. You will be angry, maybe even furious. I don’t see how anyone could remain a stone statue in the presence of something like this. I dare you.

But your heart will also swell with love. For the wonderful people who helped them. For the husbands and lovers of those young women who never threw them away, even when they were helpless shadows of their former selves, unable to move, to speak, to eat. You will bless the few lawyers and judges who weren’t in it for the money, who fought for justice and for their own belief in the world. And most of all, your heart will swell with love for those young women who had no other option but to die, to die a graceful death, to die a proud death – because that’s all that was left to them. Precious materials are more precious than human life. Such is the tendency today as well. Maybe not in the Western world anymore. But in some places of the world it still is. In the beginning of this post, I said anything can be sold. This book will make you wonder what is being sold to you right now.

I am also very happy to announce to you all that the author has agreed to give an interview on my blog! Read my interview with Kate Moore about writing The Radium Girls.

I am also deeply thankful to Kate Moore and Sourcebooks for giving me an advance copy of in exchange for my honest review. This was a bigger gift than you could imagine. This book was worth all my love and all my tears.

If you feel for these girls and their story, please share this post. We must make stories like this heard. I want this story to be known by as many people as possible, so we can all honor their memory. Thank you for reading!