I couldn’t be more surprised about falling head over heels for Skyhunter – me, who is always cautious of YA – but I did. It’s really good! I was initially suspicious – I started it through an excerpt on NetGalley – and rated it 3 stars cause it failed to draw me in. But I still grabbed the audiobook review copy from Libro.fm because I can’t let a story sit unfinished. Turns out, the excerpt was cut off half a chapter too early – hook, line and sinker after that. 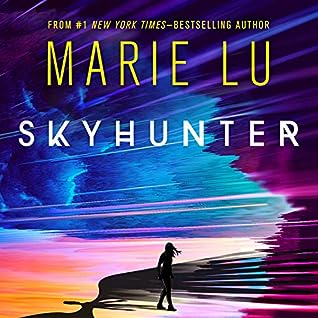 Check out on Goodreads
★★★★✰ 4 stars
How I read this:
free audiobook copy through Libro.fm

Talin is a war refugee in a foreign land, but she isn’t a scavenger, living hand to mouth like most other refugees – she’s a military striker, against all odds. It’s unusual that she is, because her people are called ‘rats’ and despised for no better reason than just being foreign refugees – but Talin still feels pride about fighting for the last country standing free against the Federation – even if that free country treats her like a rat.

However, soon she is faced with a great loss, and in a moment of kindness, convinces her superiors to spare the life of a war prisoner. This takes her in a completely unexpected direction, and although it is new and dangerous, it might help beat the Federation. So Talin and her friends set off on a mission that seems utterly impossible…

Skyhunter Has A Good Pace

As I mentioned before, it took me a little longer than most people to be drawn into the story, but after I did – I couldn’t stop reading. Maybe it’s something to do with the medium as well – the audiobook is REALLY good, and it runs quite fast if you choose a comfortable speed (the narration is slow, so there was no trouble for me to listen to it at 2x speed most of the time.) 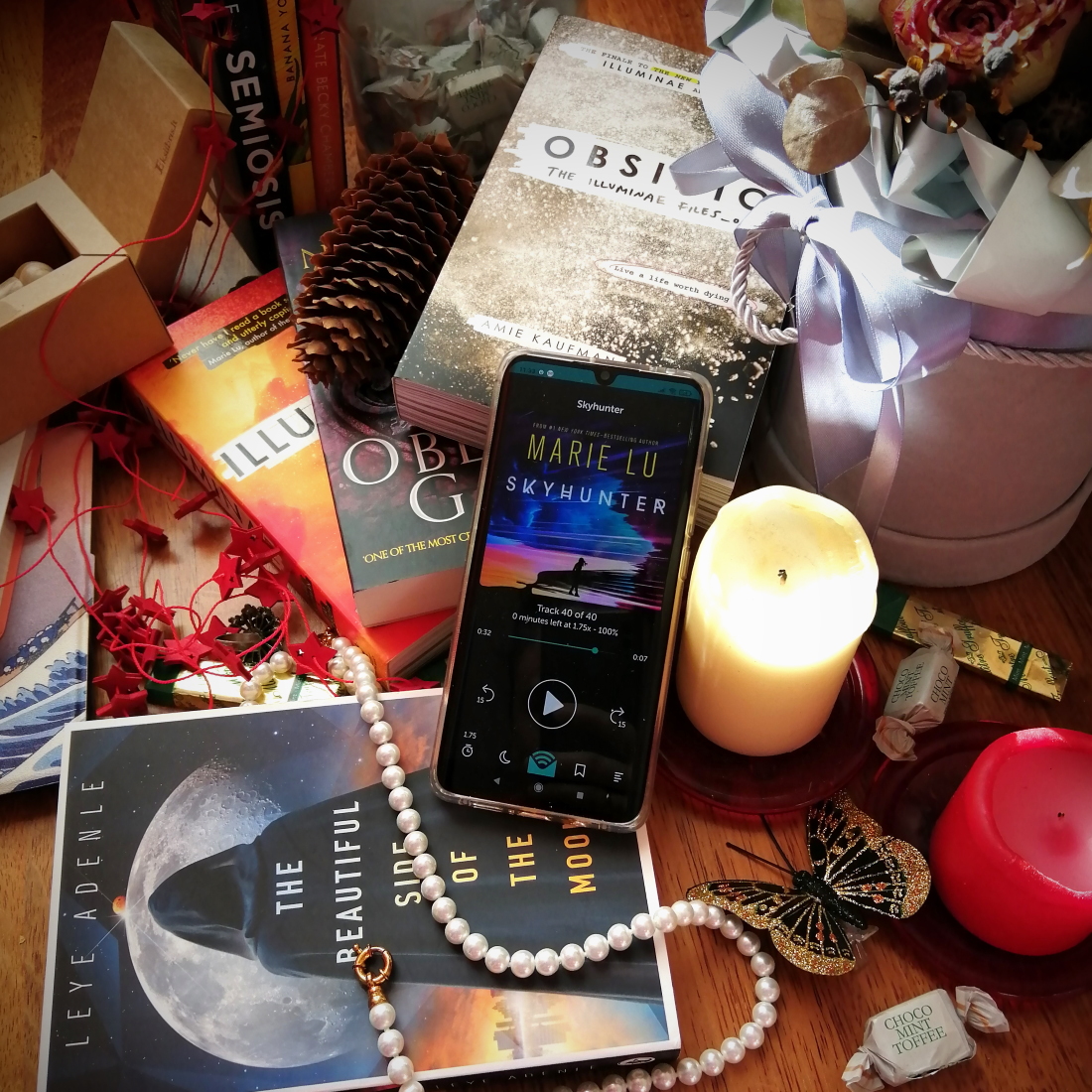 An image of books and random items strewn around a mobile phone which is displaying the Libro.fm app with the Skyhunter book view paused during play; photo by AvalinahsBooks

Themes Of Racism And Pushing Away ‘Otherness’

Talin is a refugee, so seeing the world through her eyes, we see so much unfairness. There is absolutely no reason to treat refugees the way they are treated here, but the people there sort of see them as invaders almost – despite the refugees living truly hard lives. People are judged by their skin color and hair, by their home country, by the tragedy that has befallen them. It makes no sense and it is awful to watch – but it seems you can only see the truth through the refugees’ eyes.

Being a refugee military striker isn’t easy for Talin – she is torn between two sides, with neither of them fully trusting her. Most other strikers think her beneath them, and her own people think she’s spying on them and reporting it to the government. Talin’s story is one of never belonging anywhere.

Skyhunter tells the story of a refugee – one of not belonging anywhere, being mistrusted by both the people who have taken you in, as well as your own people: Click To Tweet

There Are Always Two Sides To A Story

I don’t want to have spoilers in my review, which is decidedly hard in a review for Skyhunter! So I won’t tell you more about how Talin meets Red, the Skyhunter the book is named for. But when they do meet, Talin learns that there are always two sides to the story. That the enemy is also a person and may have been tortured by their own government. That the reasons people do things are almost always more complex than just wanting to harm someone or help someone.

An image of a mobile phone which is displaying the Libro.fm app with the Skyhunter book view paused during play poised on top of a stack of books with other stuff like candies and knick knacks around it; photo by AvalinahsBooks

This theme runs through the entire book, and it goes quite deep. There were a lot of moments in both characters’ histories that were really painful, touching. It’s interesting to see how their differences and different histories make them the same, bring them together.

And it’s a good message for our times – that people are not uniform, that your nationality doesn’t make you who you are, that you and your government are completely separate entities – that generalizing based on anything you can see outside the person doesn’t really work out. That everyone can only be judged for the person they are inside, and their decisions – only in the light of what was on the table when those decisions were made.

One of the main themes in Skyhunter is that there are always two sides of the story – don't judge someone based on where they come from, what they look like: Click To Tweet

What Are These Kids Getting Into?

Halfway through the book, I got very worried about the characters. Has any of you read Six of Crows / The Crooked Kingdom? There was a heist there. A heist that nobody should have gone on because they weren’t in their right minds. (There must be more books like that, but this is the only one I can think of right now.) Anyway, during the time I read about this heist, I remember nearly screaming at the pages, WHAT ARE YOU DOING, GO BACK, YOU RECKLESS IDIOTS!!!

Well, Skyhunter saw me do it again. Don’t take me wrong, these two book series are very different – and it’s not even really a heist in this one (but kind of..?) Anyway, it’s dangerous, stupid, illogical – but at the same time, it’s also the only thing that can be done. And that’s what gives the book a very definite spice of danger. So if you like tense reads, Skyhunter will be that.

Skyhunter has that fatalistic vibe – heroic deeds through the highest danger, because nothing else can be done. It's a tense read, but in a good way: Click To Tweet

As any dystopian YA, Skyhunter seems pretty bleak and desperately hopeless at times, but heroic and inspiring at others. The rhythm of it is good, and at times you really feel the terrifying idea of being someone for whom there is no single place left in the world. It’s a powerful story that makes you feel things as big as this, and this book has quite a few moments like that. I am really looking forward to the rest of this series, because the author has done a masterful job of weaving the story of Skyhunter.

Skyhunter puts you in the shoes of a war refugee, a person whom everyone has violently chased away, a person with no place left in the world. It's a powerful story: Click To Tweet

I thank the publisher and Libro.fm for giving me a free copy of the audiobook in exchange to my honest review. This has not affected my opinion.