I was on page 15 of this book, when I took a long deep breath and covered my eyes, so I could deal with the emotion better. I grew up as a single mother’s daughter. The novel is just getting started, and no, my dad didn’t die and my mom wasn’t a traditionalist housewife, and yet… Everything is the same. Somehow.

It just gripped my heart, and I nearly started crying. “No matter what she did […] or what she ended up achieving, she and her daughter remained on the other side of everyone else.” THIS. EXACTLY THIS. All my life. 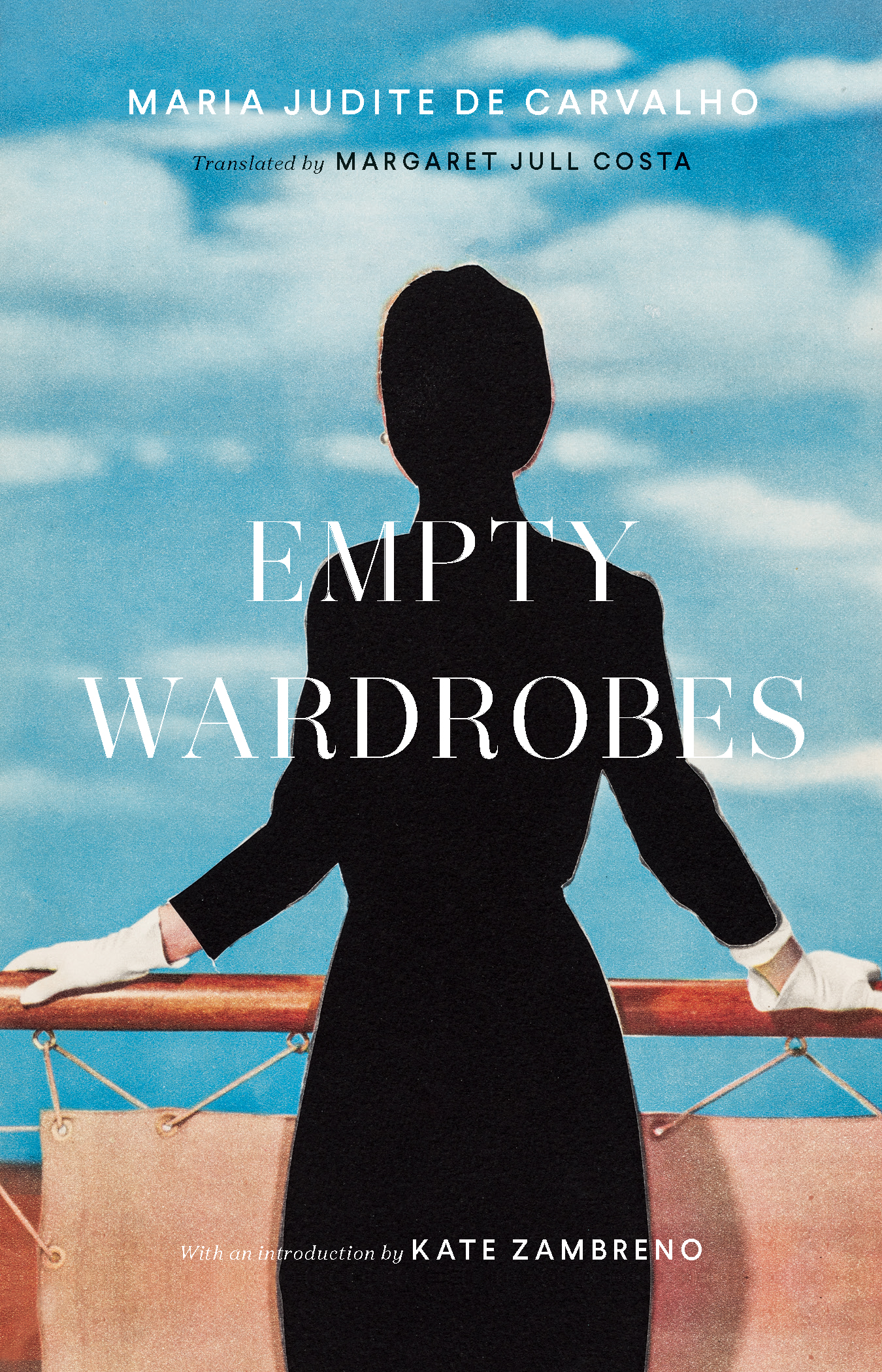 Check out on Goodreads
★★★★☆ 4 stars
How I read this:
free ebook copy from Edelweiss

Going to a party and seeing your mom slowly excluded from the company because she’s the only one without a husband and “might pounce on someone”, so you end up losing your friends too cause they’re kids, and their parents don’t want you anymore (regardless of the fact that nobody wants to “pounce” on their shit ass husbands).

Seeing your mother refused from job after job cause she “learned the wrong language in school” (actually, just because she can’t talk up castles in the sky like everyone else, especially men, can. Happens when you lose your self esteem. Happens to MANY women. Especially single mothers.)

Actually not having food to eat because “we don’t hire women who have children.”

And always, ALWAYS there being something EVER SO SLIGHTLY wrong with you, and nobody knows what it is, but they’ll avoid you just in case.

And this book is about that. 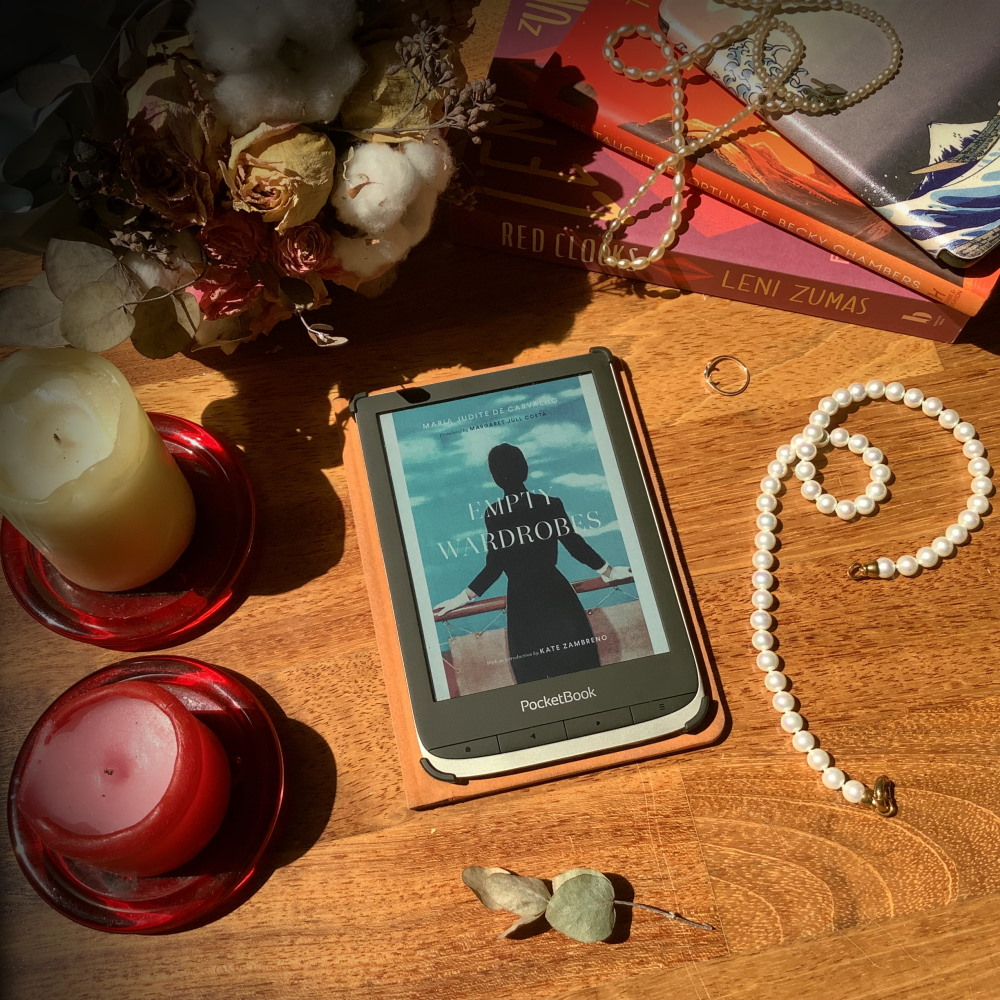 An image of the cover of Empty Wardrobes on a Pocketbook Color ereader, there are some stacked books at the back, candles on the left, a necklace on the right, and some dried flowers around it; Photo by AvalinahsBooks

Empty Wardrobes is such a woman’s novel. There are barely any men in it, and if there are, they’re just effigies. They stand for something. Like how a man’s supposed to have a harem, “it’s not their fault, it’s in their biology”. Men are only the conditions of life in this book, they leave their effects and pass – whether it be a shame to the family, a life given away to someone else without the knowledge of betrayal or something else.

So many very different women in this book, and all of them tied in some way to a story where a man caused mischief and went on his merry way – out of their lives. What is left is the wake of it, of him – and each woman chooses how she lives on within it. Whether she will pursue her own self, or lock herself away.

The thing is, this story isn’t the first one like that that I’ve encountered – but I don’t mean by reading. Don’t we all know at least of one or two women who left behind their entire lives, dropped their hobbies, quit their careers and cast away their opinions for the sake of a man? Only to learn that the man, after a while, doesn’t want a silent shadow before him – a shadow that mirrors his every opinion, every move. It’s an age old story, and somehow – somehow it still happens. Somehow some women still believe that the ideal is meek, obedient and… Just barely there. It’s such an age old woman’s story in this book.

What happens further in the novel has deep symbolics, in my opinion – it’s a true family tragedy, although viewed from the eyes of some of the participants, it’s a happy thing rather than a tragedy. It’s fairly complex that way. But if you haven’t read it, I’ll spoiler tag it – and this paragraph is for those who have.

Empty Wardrobes is such a complex story, you could draw so many conclusions from it. It’s hard to say whether the author did want to say some of those things, or all of those things, or even none of the things I mentioned in this review. But to me it seems like it’s challenging the idea of the woman’s role – there are women in this story who took up many different roles. The doting mother, the childless wife who lets her husband ‘roam about’, the wife of a small man who does what she wants – but in the end… It seems none of the women really win. None of them CAN ever win. Whichever role is chosen, somehow it still is a tragedy. That message was quite striking.

Empty Wardrobes paints a woman's life as an endless drama, where all the choices are limited and ultimately undesirable: Click To Tweet

Empty Wardrobes paints a woman’s life as an endless drama, where all the choices are limited, although the heroine might think she has complete free reign over her life, or ‘has won’. All those choices ultimately are undesirable, but there is no way to exit the stage. It’s a sobering thought, and it’s certainly worth the read.