Finally, it’s my stop on the blog tour for book two of this wonderful series! I loved The Devil’s Apprentice so much that I couldn’t wait to read the next one. I even bought myself a copy and was about to start reading when I was invited to a blog tour for the sequel! Of course I jumped at the opportunity. (By the way, if you want to check out the review for the first book and a little story about my very own personal Saturday of Hell, read it here.)

I sometimes worry about sequels, but I really shouldn’t have for this series – the sequel to The Devil’s Apprentice, The Die of Death, certainly didn’t disappoint! It read just as easily, in fact, I finished it in one day and immensely enjoyed it. Can’t wait to get my hands on the next one! 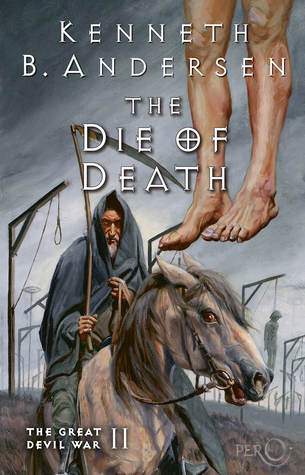 Check out on Goodreads
★★★★☆ 4 stars
How I read this:
free review copy for blog tour,
also purchased

Philip hasn’t been quite the same since he came back from hell. He’s been… Better. Maybe he’s not as altruistic and innocent as he used to be, but now Philip is a more balanced person – he knows when to lie and when not to. He knows how to have fun. He is even making some new friends.

But there’s one friend he can’t seem to forget – one friend he, sadly, can never see anymore. Perhaps she’s even more than a friend. Philip misses Satina, the beautiful and interesting devil buddy he used to have in hell. Unexpectedly, he will soon get to see Satina again – but not to catch up.

Turns out, Mortimer – well, Death – needs his help. Something important has been stolen – something that could ruin the entire world. So Mortimer’s decided to ask Philip for help. And to top it off, Philip develops the most unexpected stake in the task himself… What will come of it?

Here's a short blurb for you: death loses an important tool. Sends a middle schooler to retrieve it for him. Hell ensues. If you want to read more, here's the full review – and hint? IT WAS GREAT: Click To Tweet

I really liked how imaginative The Die of Death was – it explained more about how life and death work in this fictional universe, and it was all pretty colorful. There’s more on how it is decided how long you live or how you can tell what experiences determined the way a person comes out to be. It was all very interesting. (There are also more serious topics along the lines of living and dying, but I don’t want to spoil you.)

Other than that, The Die of Death keeps the same vibe as the first book had – I loved it. Thoughtful and kind, yet demonic housekeepers, alcoholic drinks concealed in fake Bibles in Lucifer’s living room, a demonic cat who is just too adorable anyway and the daily domestic life of demons that doesn’t seem to be much different from the one of humans – it’s all as if it’s just another chapter of the first book, and I really enjoyed that. It’s important for book series to keep the vibe throughout different installments, but not all series manage to keep it! This one certainly has.

#TheDieofDeath by @K_B_Andersen keeps the same vibe as the first book, The Devil's Apprentice had – it weaves together fun and mischief, as well as serious topics about life. This series is a must read! Click To Tweet

But There Is Bigger Trouble Brewing In Hell

However, in The Die of Death you can already feel the start of a new, bigger plot – the plot of disagreements in hell – political disagreements, so finally the story starts getting a vibe that stands true to the name of the series – The Great Devil War. Because like any space in the world, be it human or demonic, it has those in power and those who dislike the people in power.

Ever since Lucifer’s throne was saved by Philip in the first book, two distinct groups have become apparent – those who admire Philip and those who flat out hate him and judge Lucifer for making the wrong choice with his apprentice. The grumblings are underneath the surface in this book because everyone’s afraid of Lucifer’s wrath, but then again – if they could only have a go at him, or at least Philip…

Growing Up And Remembering Family

In The Die of Death, the theme of Philip learning to be himself is reinforced. In the first book, The Devil’s Apprentice, Philip learned that he isn’t the angel he was always trying to be, but he’s also not the devil everyone else was trying to teach him to be. He learns he is somewhere in the middle and in the second book he becomes firmer in this knowledge.

But apart from that, he is also growing up, slowly changing both physically and emotionally. The story isn’t as innocent as it was, and neither are his relationships with others (if I’d class the first book as middle grade, this one sort of strays into YA territory – a common trait for books that “grow together” with their readers).

The family theme is also strong in this story – and we find out more about Philip’s parents as well, and how much he misses his dad who died before he was even born, and also how he treasures his mom who is the only part of his family now left to him.

If The Devil's Apprentice was whimsical, #TheDieofDeath by @K_B_Andersen takes a darker turn. It's certainly one of those series that 'grows along' with the reader! Keep reading for how the story turns more mature in book 2: Click To Tweet

Other Little Tidbits I Liked

While The Devil’s Apprentice was firmly rooted in Christian mythology only, The Die of Death makes some more space for other faiths, at least in theory. Death and hell isn’t final anymore – there’s reincarnation and there’s purgatory. And from this, another thread of story emerges…

This whole book is about the dark side of eternal life – a life without the relief of death, without the release from old age and fatigue. It certainly has its sad, deep moments which were touching and made me think. The ending revolved around a sad dilemma which isn’t just fictional – a lot of it involved death. It felt sad, but it was certainly meaningful.

The Die of Death was an easy read and I devoured it very quickly. I can’t wait to read on! This series is very enjoyable and I can certainly recommend it.

I thank the author and The Write Reads tours for giving me a free copy in exchange to an honest review (I have also purchased my own copy). This has not affected my opinion.

#TheDieofDeath was a brilliant continuation of The Devil's Apprentice! The series is going strong and is very recommended. ★★★★☆ 4 stars, read the full review: Click To Tweet 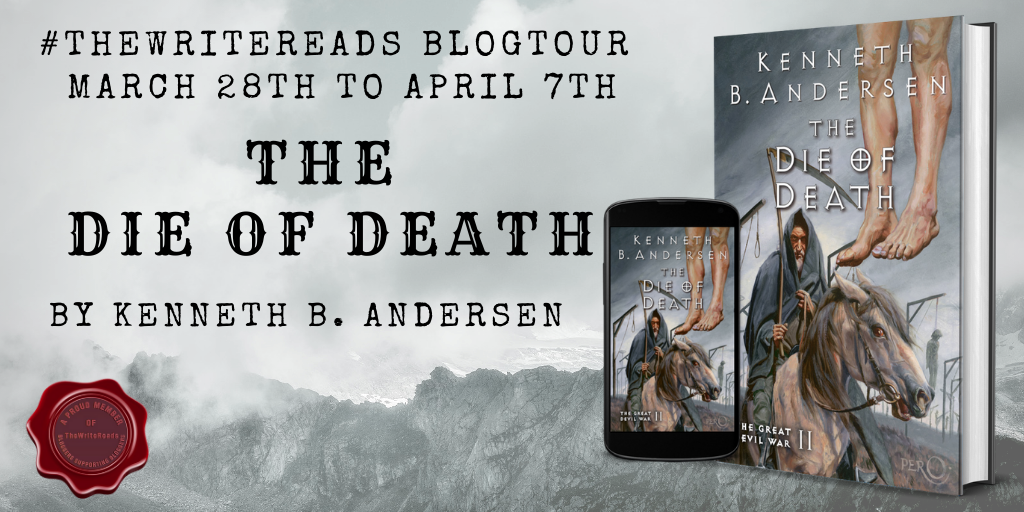 More About The Die of Death

Philip’s adventures as the Devil’s apprentice have changed him—in a good way. Although he misses his friends in Hell, he has made new friends in life. But when the future of the underworld is threatened once again, Philip’s help is needed. Death’s Die has been stolen and immortality is spreading across the globe. Philip throws himself into the search—and discovers a horrible truth about his own life along the way.

Have you read or heard of the first book in this series yet? I hope you’ll put it on your TBR!