I have been waiting to read the last book of The Indigo Chronicles series for a while now. Three years I’ve been following this series, and I can’t say l’ve followed any other one like this – one by one, as the books come out. It’s an experience like no other, and I certainly enjoyed it – incredibly. Children of Shadows was an amazing end to a truly epic series! 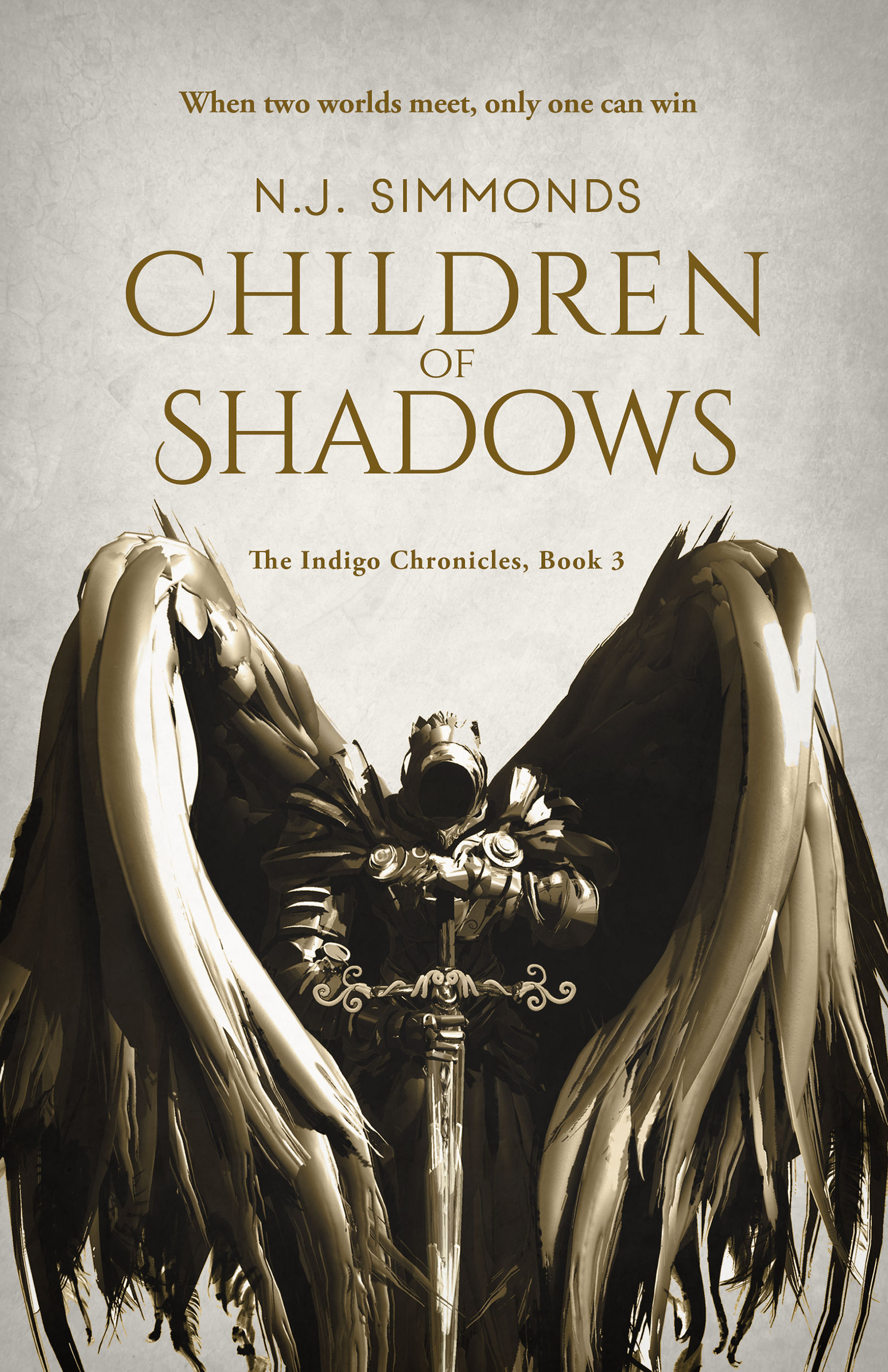 Check out on Goodreads
★★★★☆ 4 stars
How I read this:
free ebook copy via NetGalley

For those who haven’t heard of the series before, long story short – it starts of with some teens, who… Have been in love for a couple thousand years. Except only one of them knows, or rather, remembers it, because he’s sort of… An angel. And the other one’s a human, without the benefit of knowing things like that, and therefore no clue as to why she’s feeling some things she’s feeling and why her life’s been so complicated, and getting more and more complicated by the minute.

And so we follow this amazing love story, spanning centuries, and learn about the two soulmates, and the drama that has kept them apart. Only, by the second book the family drama multiplies and becomes even more mind-blowing and history-spanning. And now it’s not even just family drama, as much as historical and mythological drama too.

Wouldn’t want to spoil the plot for you, but there’s a whole lot of angel stuff involved, and as it turns out, the angels are… no angels, badum tss. They’re vindictive, passionate, and kind of like humans, except with immeasurable power too. Drama ensues. It makes for good reading!

An image of the cover of Children of Shadows by NJ Simmonds on a PocketBook Color, the cover has an angel on it holding a sword and he looks foreboding, around the eReader there are other books, necklaces and candy; Photo by AvalinahsBooks

By the third book, you’re wondering if NJ Simmonds can even surprise you anymore. You know her style, you’re cracked a few of the plot points before even the characters did – you’re pretty sure about yourself.

And yet, she surprises you again! I didn’t even know what to expect of the ending, and I kept looking at the percentage left – 90… 92… 95%… where is it gonna go? It didn’t disappoint at all. I grew to love even the new characters who were introducted, and I was mostly happy about how things worked out for the old ones. I even feel like the author left room for spin offs, which is great!

A series ender that will keep you on your toes – Children of Shadows by NJ Simmonds: Click To Tweet

The book was a whirlwind. NJ Simmonds is amazing at writing family drama – that’s for sure. The series kept me on my toes, and in some places surprised me with its depth – the patriarchy issue being highlighted, the history of witches, and the complexity of some characters – ones you’d expect to be black or white, but instead, they’re a mixture of both, acting out on both sides, showing one or the other based on their histories. I got greatly attached to some of the characters and truly invested in their stories. These books were quite a ride and I would expect this series to become a best-seller. It will give you a great time!