Reviewing Wife in Name Only is quite a dilemma for me – on one hand, it was an engaging, tense read, but on the other – it’s entirely full of sexist, class-prejudiced nonsense that a book couldn’t really do without in the 19 century. Which is why it it’s probably best said that Wife in Name Only is simply a product of its time, and should be viewed as such. However, I feel like it could be very harmful to a young mind, especially a female one. This book needs to be read with a clear notion of what you’re reading and what kind of outdated views on society and life you will find in it. If you are aware of this, you may enjoy the book quite a lot, because it’s built well as a story, despite its very real shortcomings. And this is why I am giving it 2.5 stars. 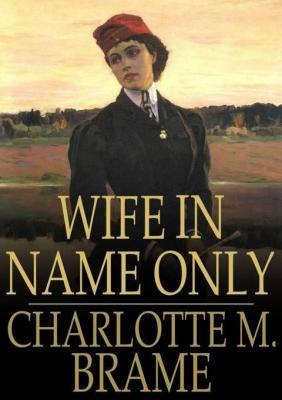 Check out on Goodreads
Download on Project Gutenberg
★★✬☆☆ 2.5 stars

The book stars off with quite a dramatic little story of an earl’s secret marriage, and his wife dying, leaving him with a baby on his hands. The earl can not show up at his own home with the baby because his father does not approve of the marriage, so he leaves the child to a foster mother, to be watched until his return. But the woman disappears with the child, and so it is lost to him.

After that, we follow a completely different story – about totally unrelated people, an unsuccessful love affair with a sad ending, and plots of revenge. This is where the book gets very tense, scandalous, and totally hard to relate if you were born in the 20th or the 21st century – but, the revenge is well-plotted, the victims act accordingly and end up in a dire situation. The resolution of this situation is what this story is about.

It Simply Drips Romanticism And Hyperbolized Drama, And… Sexism

In a way, that part was interesting to read. Or occasionally – skip through. This book does work as a sort of time machine, and explains or at least illustrates the odd notions of the 19th century nobility quite well incertain places. However… All of the over the top declarations of love were a little bit too much, and admittedly – maybe even made it more fun to read, because of the constant eye rolling I had going on.

The romanticism is all well and good, considering the time period, but the sexism was a little bit harder to stomach. It’s not hard to see that a 19th century book without said phenomenon wasn’t possible, not really, but still it gets too much. Couple it with the dripping romanticism, and you get ridiculous notions that being ‘fair and beautiful’ also means you are a good person, that young wives are ideal only when they have the purest throughts and are incredibly submissive (never you mind what feelings she might entertain herself), and that a good and loving wife will always forgive and take you back, despite the way you were a complete douchebag in regards to her feelings and abandoned her. The manliness in this book also appears to be plain chauvinism, and would be mostly considered actually being a weak man in our times. How the times have changed – which is a good thing.

And don’t let me get started on how old the line “there’s nothing better than the love of a good, pure-hearted wife” got by the end. Wow.

But The Hardest Part Was The Class Prejudice

The book actually tries very hard to make it appear as if class doesn’t matter, it’s in who you are, but it also ultimately fails at it, and I should say, devastatingly. The only reason ‘this kind of love is okay’ is not because the wife character is actually pure – it’s because she happens to also be nobility and just doesn’t know it, so it’s k! If she was actually of poor descent, she would have had to bear with her suffering and be dumped. It tells a story of how apparently unimportant it is who you are and what your choices in life are – because all of your good traits are worth anything then and only then, when you are of the right class. The funniest thing is that the book tries to actually tell you it DOES matter what your character is. But you know, like I said – only if you’re noble.

A GIF image of a cat being scratched and putting her paw onto the person’s hand with disgust, as if going “you peasant”

Despite being extolled as all the jazz, the main male character is a nightmare to behold. I believe it might have been ‘the epitome of honor and virtue’ back then, and if that is the case? No thanks, I’ll stick to my 21st century guys. Seriously though. He is so naive, he fails to see a woman is in love with him. Breaks her heart, because he’s still ‘too pure’ to notice (LOL! That’s what it’s called, isn’t it!) Then falls in love with someone head over heels just because she’s blonde and blushing, and that obviously entails she has an amazing character. I just…. WOW. Like, I both loved reading about this idiot because OH MY GOD SERIOUSLY, and hated it for the same reason. One thing is for sure, his ridiculous ‘manliness’ did not leave me without #feels.

A GIF image of a little girl doing a facepalm

However, The Story DOES Keep You On Your Toes

Like I said – as long as you know what you’re in for and manage to disregard what is obviously wrong with the century the book was written in, it IS an engaging story. The funniest thing is that you KNOW what’s going to happen, and clearly the twists are no twists at all, but still, you gobble the pages up. It is written quite convincingly, even despite all the romanticizing. The writing is nothing exceptional, which is natural for a dime novel of the time, but it will keep you on your toes.

So basically, the bottom line is – be aware of what you’re going to find here, and read this book as a sort of documentary of the past. It’s definitely an interesting story, if you do that! You can download the book for free through project Gutenberg (link beside the book cover at the top of the post). The reason I read it, was because I wanted to find out more about the social mores of the time, and this seemed to be quite a controversial story, when you think about it. While I rolled my eyes a bit, the story was still an enjoyable read. However, don’t have your young daughters reading this. It might impact their self-worth and give them odd ideas about manhood and womanhood. Seriously.

Have you read any Victorian dime novels? What did you think of them? And can you manage to read books with some really aged and flawed notions?