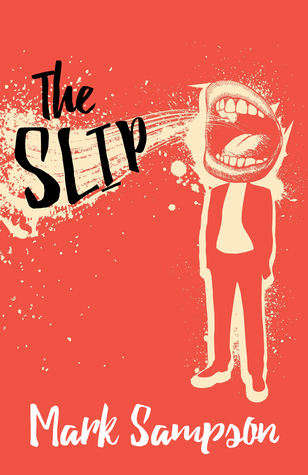 I was very excited about this book, when I got it on NetGalley. A lovely cover, a great premise. But… It could have been so much better! Although I do feel like maybe this time I was just not the intended reader. Or maybe I was the intended reader, but I just… didn’t feel like reading something so tedious. I felt like being entertained. Not doing a chore.

Well, you win some, you lose some.

So let me fill you in about this book. Philip is a philosophy professor (I’m not entirely sure what kind of philosophy now – although I read this book just last week! One of those things you forget in a heartbeat.) He writes a lot of boring, but somewhat popular books on tough subjects and sometimes gets invited to talk about it on TV. He is just going on for one of those right at the moment we join him. Unfortunately, he happens to have a fight with his wife about “pointless home matters” before leaving (which is his daughter scalding her hand on the tap he has failed to fix…) And doubly unfortunately, he will be meeting his nemesis on TV for the talk, who happens to be a woman. And Philip isn’t quite aware of the fact that he can be mysogynistic, although he doesn’t mean to.

In the end, stressed out about the fight, he ends up saying something very bad on TV that is interpreted as a verbal sexual assault proposition, and has to deal with the fallout. The saddest thing about this, though, is that he is uttterly unaware that he said that, and for the entire course of the week keeps thinking it’s because of something he said about corporate ethics. One misunderstanding leads to another, and Philip ends up being pretty much the most hated man of Canada of the week.

So the book is generally about Philip realizing what happened and growing up as a person. Well, maybe a little. I do agree that this is an immensely important topic, but… Gosh. Half the book is Philip remembering his childhood. His previous relationships. The fights he had with his wife. (Is this what therapists feel like..?) Essentially, most of it is about the slow unraveling of his marriage. I felt like it was not necessary to the story at all… Or maybe I felt that it was going to tell a different kind of story? Sure, it sheds some depth on why the stuff that is going on is going on, but… gosh, is it boring.

Another super tedious thing was that the author did a splendid job, writing in the voice of a detached, oblivious middle-age professor. So, that should be a good thing, right?

As well as it portrays the personality of the main character… It’s just… I’m sorry, just so boring. All the long words, all the dry logic and reasoning just killed me. I am someone prone to philosophize, I do read literary, but I’m just not amused reading this. It was a chore.

I think it could have been done more elegantly. It might have not been the intention to write something like The Rosie Project, but I think the book could have been much better if it had a similar voice.

I have received this book from the Publisher via NetGalley in exchange for an honest opinion.

Do NetGalley picks often backfire at you? Or are you better at picking a book by the blurb than me?

Too bad that this fell flat. Based on your description it seems like it had a lot of potential.

I tend to like philosophical books, including those that are not too serious. It also sounds like author had the opportunity to do something more with characters and relationships.

Yeah, I also hoped for so much more. A shame, oh well. I also do like philosophical books, but not when they’re… preachy. You know what I mean?

I have had a few bad NetGalley picks, usually fantasy genre ones. But rarely do I read them all the way through. It is a shame though, because that does sound like a decent premise.

Oh well, everyone has a bad one then and again, I guess 🙂 I always try to read them all the way though. If it’s REALLY bad, I’ll just sort of… quick read. Skip around.

I’m REALLY careful about my Netgalley picks in hopes of avoiding this very scenario but it’s happening to me right now.

They can’t all be winners I guess.

For What It’s Worth

Yeah! I know what you mean. The problem is that I had SUCH high hopes for this one! D: well, it does happen. Can’t do much about it 🙂

Terri @ Alexia's Books and Such

Sorry to hear that this one didn’t live up to its potential. Hate when that happens! I’ve had a few NetGalley picks that sounded really promising, but fell flat. Always a risk I guess, but luckily most of them turn out okay. #getsocial17

Author
Evelina AvalinahsBooks
Reply to  Terri @ Alexia's Books and Such

Yep, oh well 🙂 I mean, even with the books you buy it happens. You can never really know before you try!

I don’t get books from Netgalley anymore but I can certainty understand why you didn’t like this one more.

Really, why did you stop, I wonder?

I was afraid my latest pick would backfire, I was not keen on the heroine, but it worked out. Phew. But dang sucks when it does not

Yeah, that’s why I always try to read to the end, cause sometimes the magic just happens 🙂

What a shame that this one didn’t deliver…when I saw that gif of House I was all excited…then I read what you wrote…zzzz…. darn!

Haha, yeah, I guess the House GIF is the best part here 😀

I think I had more fun with your review than I would with the book. Too bad as that cover is very clever. I kept watching that gif. What is it that’s running from the explosions! LOL

Hahaha, thank you, Laura 😀 what is it… I think maybe it’s the monster from Ghostbusters? The marshmallow one, you know? Or rather, someone with a costume for it xD

Stopping by to say hi!

Man, nothing’s worse than the oblivious misogynist. Or rather, someone that’s oblivious in general around the ways they step on other’s toes. That particular kind of character is a frustrating one, I can’t imagine liking a book in general from that perspective, though who knows… sounds like this one at least didn’t manage to make it work. I feel like my life’s goal is to be as little like that person as possible, hard not to cringe even just reading your description.

It would be hard for you to be like that, James, don’t worry 🙂 😀