This month my ARC reading has really been going well! I am catching up to my due books, and in general just enjoying it. Then again, there was one very problematic ARC which I’ve already talked about on Twitter. I won’t be giving it more publicity here and just ignore that even happened though! Instead, I wanted to start out this post with books I truly loved this month:

I loved all of these so much. The Boy Who Steals Houses is about an unlucky child from a problem family who basically has nowhere to go. It’s partly about how poverty is a trap in and of itself, and also about how we all need to be loved and accepted, no matter what we’re like. Oh, and it will also wring all your #FEELS out. But you’ll want it to. Meanwhile, The Blue Door series, or the three books in the middle, are all about these really motivated kids in the 1940’s who just really want a career in the theater. They want it so much, they essentially build themselves a business. These books are SO awesome that I went on and bought part 4 full price because it wasn’t offered as a review copy. There’s part 5 as well, but it’s more of a spin off, so I’ll see if I can grab it later. And Stay and Fight is also an incredible story which has one thing in common with the first book I mentioned – it also deals with how poverty is a trap. But in a very different way, because these people choose to live freely – free from capitalism, consumerism and, basically, other humans. And then they get punished for it. Stay and Fight is different, gritty, edgy and all that – but it’s also sad. And strong. And wow, what a book. I can only recommend it! In fact, I can recommend all of these. You’ll be seeing reviews soon!

Anyone is free to participate! If you want to, just link up anytime during this month and refer to this page as to the rules of what to put in your post and how to link up. The next State of the ARC post is going to be on (most likely) April 26th, so if you can’t make this one, mark it down!

Well, even though I’m saying I’m catching up, my numbers have somehow gone up. But the newest ones are mostly not due yet! Which is great. 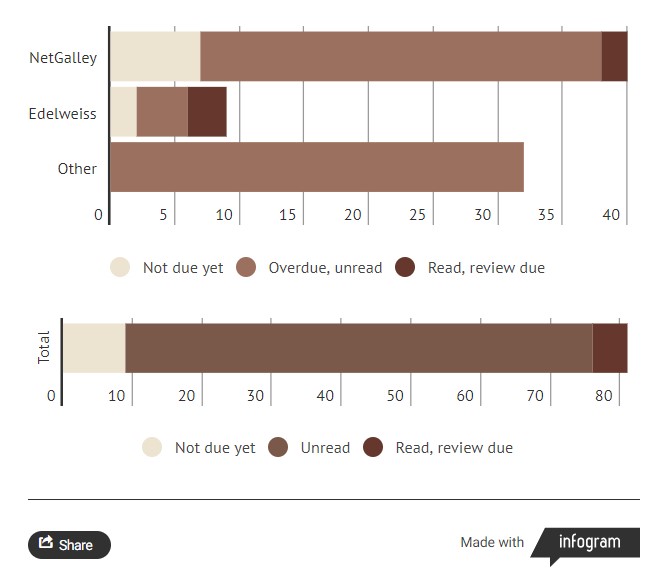 This month I read an ARC with quite a good example of rep in terms of mental health! It was diverse as well. You can read my review of Her Silhouette, Drawn in Water by Vylar Kaftan here. 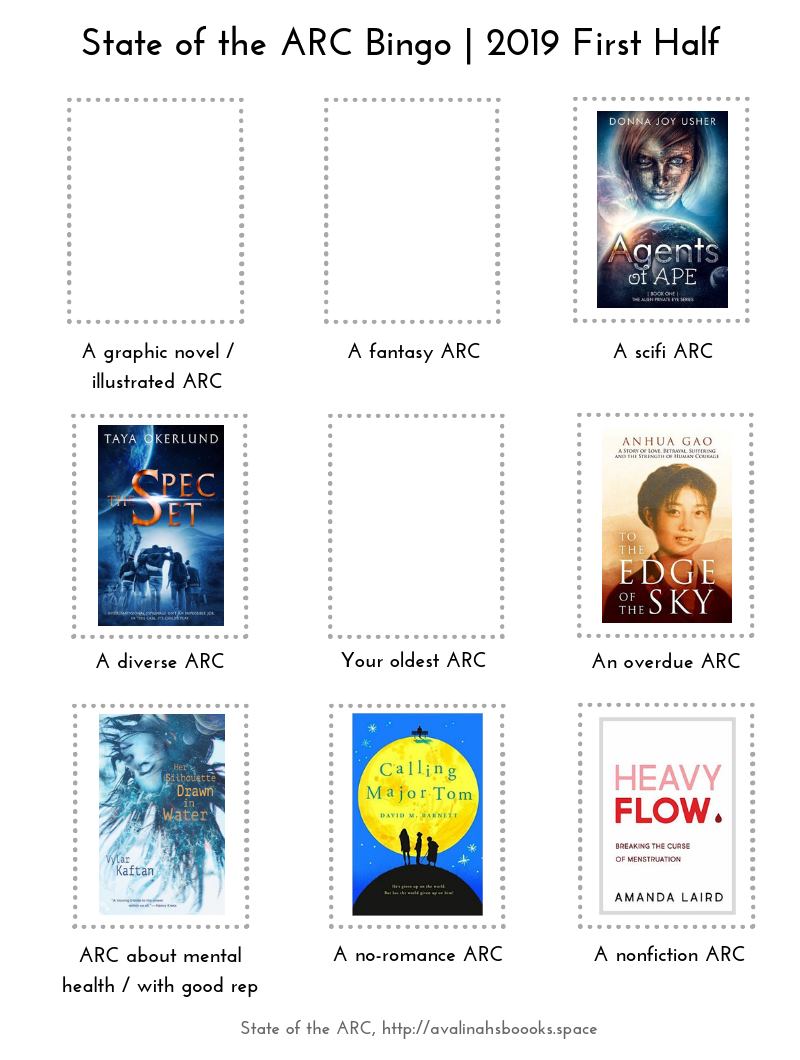 So I’ve already shown you books I enjoyed the most. I won’t be displaying the rest, so let’s just count up the ARCs read! I am surprised to say that I have read 11 ARCs this month 😮 it seems I was mostly reading ARCs this month! No wonder I was making my numbers. Anyway, out of those, I have already written 6 reviews, but 5 remain! So here are my bricks knocked down off the colossal Wall of ARCs for March (dude, that is a ton of bricks here. I can build a little house of my review bricks instead of my ARCs now!)

February was my month of ARC hauling, so my March is way better off. I’ve read a lot of these already, athough two of them that are in print are still calling  to me to be read.