I know I promised the review for The Bear And The Nightingale, but that’s still brewing, my lovelies. So sincerely sorry! I want to make it a good one…

But in the meantime, I’ve knocked one more block off my huge ARC mountain from last year, so let’s talk about that one instead.

I’m trying to imagine you not noticing the difference.

Mine by Katie Crawford 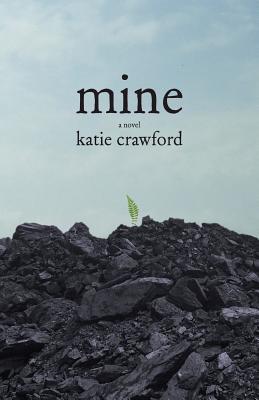 Maggie and Janie are two little girls living in a sooty, god-forgotten little mining town in the middle of nowhere. Despite the surroundings, they are happy kids, quite oblivious to the circumstances. Up to the moment when their new, long awaited sister is arrives a stillborn. This tragic event snowballs into disaster upon disaster, and the family caves in around the problems. Life being quite hard in a mining town where money is scarce, drinking normal and culture quite occasional, the girls have to grow up more or less on their own, and that leaves no space for healthy development. Slowly, they find themselves having become two young women under a burden of broken hearts, a ruin of a family and hopes to escape, on Maggie’s part, or past to redeem, on Janie’s.

It isn’t a bad book, it’s certainly written in a readable style, but boy, will you have to try all of your best tricks not to succumb to depression while reading it. Yes, life is hard, especially in mining towns when you lose your parents, but some things are truly overdone here, in my opinion. First of all, it’s this thing where around the middle of the book, whenever you encounter a new character, you are constantly inwardly cringing and waiting till their sexual abuse / sexual deviation / unplanned parenthood problems will be presented to you. Literally, you start expecting it for every character. Something is wrong when you realize you’re wondering if one of the characters slept with his nanny if they’re bringing her up, cause there seemed to be no other reason to introduce new characters before, so you just kind of naturally.. you know?

Now, it might just be me, but I really dislike books that unnaturally focus on sex like that. It’s like every member of the populace was harassed or abused,  harassed someone instead, or just simply couldn’t control their urge to sleep with the most impossible partners ever. Whatever the media says, sex is not 70% of our lives, and if it is for you – well, either you are in a short period of your life that it’s this way, or maybe you should go see someone about it, cause that’s not a balanced life. So I don’t agree to the idea that every mistake has its roots in sex, every broken childhood is about sexual abuse and every emotional problem comes down and is solved through it. It’s also not alright to make every character sleep with someone when they feel sad or guilty. There’s also the issue of realism here – I don’t think women freely slept with just about anyone in the 1950s (time setting of the book). Or at least not so many women. When while reading this book it seems that every teenager was abused (boy or girl), every 50s unmarried girl had multiple partners and the mindset to achieve this while not even being promiscuous. It’s not the 90s. Let’s get realistic here.

(…Not even talking about the fact that two thirds of the priests in the book molested children.)

But let’s talk about other matters. The main theme of this book is loss, specifically the loss of a child. Many lives get intertwined and we learn about how people deal with all kind of loss: loss of a sibling, of a parent, of a child, of a lover. Maggie and Janie are also characters on the different ends of the spectrum – while they both work in the hospital, live together, care for their children, one is very compassionate and will emotionally help and open up, while the other removes herself, deals with the damage silently, rather offering her help in a way where she will remain unseen. To be frank, I disliked Maggie a lot. We can clearly see she has been scarred by her mother’s death for life, but it’s not excuse to be a removed b*tch, if you’ll pardon me. And then wonder why everyone else, including your own children, love your sister more. However, I think the whole point of this book was to contrast the sisters and show Maggie’s journey through understanding.

…Not that I liked her after that anyway.

There was one really thoughful and nice thing about this book though. It begins with the dictionary entry for ‘mine’ – and all its possible meanings. It’s a wordplay on mine as in ‘mining place’ and mine as in ‘belonging to me’. The entire novel plays with those ideas all the time. That was really well done, I think. Good novel structure indeed.

So, basically, this is not a bad book, but I wouldn’t read it again. It’s just too depressing. It is a good study on loss, loneliness, losing a child or parent. But it’s just so dark. I will admit that the storyline held out and was meaningful by the end. But, 3.5 stars. I can’t give it 4, somehow.

So would you read a book like that? Or is it sometimes best to read… happier stuff?