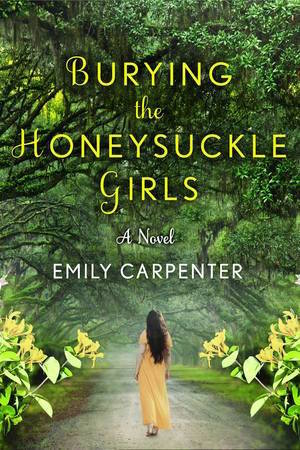 This book has been lying around on my Kindle for at least a year. It’s one of the first NetGalley eARCs I’ve downloaded, and to be honest, the premise sounded fab:

Althea, fresh out of rehab, returns to her rich Southern home and finds herself absolutely unwanted there. Suffering trauma of losing her mother, torn between wondering if she’s actually mentally ill, or if the worrying omens she’s seeing are actually there, she tries to start (or rather – finish) solving the mystery of her Mother’s death when she was but a child. Althea begins to unravel the dark secrets of her family and finds her own part in this story.

Well, alright. Southern dark secrets? Yes, they’re there. In the book’s defense, the ending was really good, the story well thought out, but… It’s in how it reached that ending. And that fell flat.

First of all, the characters. Gosh… I know that Althea was supposed to be a walking problem, just out of rehab, unable to cope with her own urges or really even really believe in herself. But… That doesn’t sanction her being a total ditz, succumbing to a childhood sweetheart like a total puddle of patheticness. It didn’t even seem realistic. Get a grip, woman.

Let’s also discuss this particular childhood sweetheart. Nowhere in any blurb I have seen was he ever mentioned. Had I known of any swoon-worthy sweet beefcakes, I would have never hit the request button. Knowing my tastes, I would have plainly ran off and off into the sunset from a book like that. Policeman (or fireman?) that saves the day? Please. Please please please. Ditzy chick needs to be saved, I guess?

So, all of that unsanctioned romance was not to my liking, nor were any, and I mean, any whatsoever of the characters, but I must agree that the story it told did have meaning and was strong. Some of the parts really did work as a thriller, although of course I didn’t agree to parts of the execution. The ending might jolt you, it’s… Really got some important things to say, and to make you think about. Unnecessary women… “Inconvenient women”. The rule and tyranny of those in power. All very important topics to talk about, and I’m glad this book did, even if it didn’t do it in the best way possible.

Summing it up, the best I can come up with is 2.5 stars. I wouldn’t read the book again, and this book won’t work in the favor of thrillers in my eyes, which I already don’t really jump up and down to read. But if you go for thrillers and don’t mind the occasional romance, it’s okay. I would have liked the “paranormal-or-not” question to have been resolved, but it wasn’t, at least not to my satisfaction. I would also have to warn you about the possible triggers, which are animal abuse, violence, rape, sexual abuse, substance abuse, pretty much any kind of abuse – you name it. It’s not an easy book to read (that’s particularly why the ditzy chick and the savior cowboy didn’t seem to work for me at all.)

If you still want to read this book, consider buying it from Book Depository, as you are supporting this blog by doing that.

Do you love Southern mysteries of thrillers? And do you read books with as many triggers as those? Have you read something with a similar subject matter? I would love to hear your thoughts.