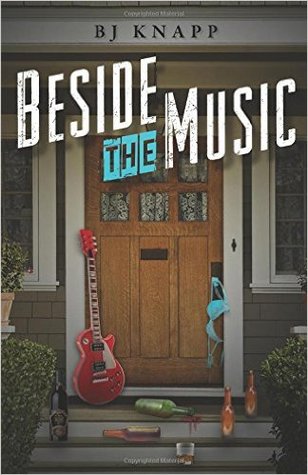 This has got to be the coolest spot to write a review.

(I’m on a train to another city, to teach a class there.)

And for a cool spot we need a cool topic. And I think I’ve got one. Rock music cool enough?

I got Beside The Music at Story Cartel, one of the reviewer sites. It’s not one of those that ask you to review right away, so I just let it sit for a while. But when I started reading it, I realized I wasn’t going to get away that easily. I stayed up two nights to read it. I mean, I could have at least read it on the Kindle, but instead, I tortured myself in the dark with a phone screen because stopping and changing the reader wasn’t an option. That’s how engrossed I was.

Brenda lives an ordinary life with her husband Tim who she’s been married to for a while, works in PR and she’s more or less happy with her life. But… Brenda has several nagging problems:

(Naw, just kidding, Brenda’s not really like that pic.)

So far it sounds like most chick lit, right? But somehow… It isn’t. I’ll get to that.

Brenda randomly decides to write a letter to the band she loved as a teen, and things go snowballing from there – until she finds herself hosting be band and a swarm of their roadies in her own home.

As it turns out, having a band of rock’n’roll band on your front lawn 24/7 is not as cool as you’d think. Or on your back yard. On basically in your bedroom.

So Brenda is forced to make some really tough choices – choices that may either make or break her marriage, her career and any sort of normal life she had before all this. And that where this book strays from most chick lit, in my opinion. It isn’t centered on romance or wittiness at all, it’s centered on character growth and real life struggles. This is a sort of… coming of age story. A coming of age in the setting of pre-middle age slash mid-marriage crisis.

I really loved the fact that Brenda is a pretty unreliable narrator. She can’t seem to make up her mind whether she loves her husband, or doesn’t trust him, whether she hates the asshole rockstar or swoons over him. She lacks the backbone to tell anyone how she truly feels – be it the mother-in-law who constantly steps on her pride, or the band (that literally steps over everything she is and has). Brenda thinks that she can ‘fix’ the rockstar – she goes through this self-sacrificing illusion that a lot of women have about men, bad, broken men – that if only she did this much, she could save him! While being completely oblivious to the fact that the person in question might not even require saving, and while not being a total villain, he still is petty, childish, egocentric and, well, kind of an asshole.

In the end, I loved Brenda’s growth tremendously. She had a really natural turn around of character, and she ended up being strong-willed and very likeable (although she was likeable throughout the whole story). I also loved the fact that Brenda was like a two-sided coin – at times she could act like a silly teen, at times – like a wise grown woman. I think it’s true about most of us – that there is a time in every woman’s life when she’s got to give up her childish illusions and face the real world. I especially respect the author for writing a character like that, because I don’t believe it is easy to write someone who acts both childishly and smart at the same time, and pull it off in a natural way – like it still seems it’s the same person.

To sum it up, you’ll love this if:

So my opinion is, if you don’t read only fantasy or scifi, do give this a go! It’s a great book. And if you’d like to hear more about it – sometime this month I will be posting an interview with the lovely BJ Knapp, author of Beside The Music!

So see you then!